“ I am Dr Bruce Alexander ” … and I’m a clinical hypnotherapist I studied science at Melbourne University and worked in the field for about 10 years. I was reasonably good at it, but I wasn’t inspired. I was also watching my supervisor turn grey trying to get grant money. I projected into the future and thought, “Is that really what I want for myself?” My supervisor called in sick one day, and I was left in the lab on my own, which gave me some time to think about what I wanted to do with my life. I started jotting down various ideas. I’d seen a hypnotherapist myself for study anxiety, and I remembered how much it’d helped me and how interesting it was, so I thought, ‘maybe I should pursue that as a career’. I discovered a private training academy that taught hypnotherapy, gave them a call and they were having an introductory seminar that night. I went and within 24 hours I had a whole new career. I started working as a hypnotherapist part-time and gradually built up my practice, while I transitioned out of medical research. That was about 20 years ago now, and I still don’t know what hypnosis is. By definition, it’s an altered state of consciousness, but scientists don’t even know what consciousness is. What we do know is that if we employ certain procedures, they have a certain result. In a very relaxed state, we become suggestible. So, hypnotherapists make positive suggestions, which turn into imagery, which become part of a person’s life leading to behavioural changes. I see lots of different people with many different issues. Smoking is probably the easiest and most straightforward to work with to get results, but with so many people now having already quit, I don’t see that many clients for smoking any more. I now see people for more complex things, like insomnia, alcohol or drug addiction, anxiety and self-esteem issues. Hypnotherapy then becomes part of a broader process – you have to look at the person in a more holistic way. People often come in with an issue and want their hypnotherapist to wave a magic wand and fix it, but it really doesn’t work like that. You need to look at the bigger picture. ●

DOM A IN REV IEW 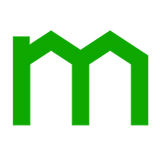