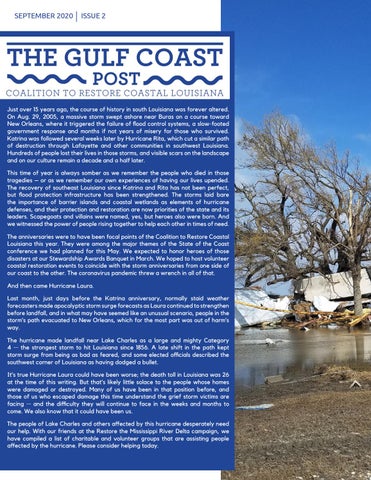 Just over 15 years ago, the course of history in south Louisiana was forever altered. On Aug. 29, 2005, a massive storm swept ashore near Buras on a course toward New Orleans, where it triggered the failure of flood control systems, a slow-footed government response and months if not years of misery for those who survived. Katrina was followed several weeks later by Hurricane Rita, which cut a similar path of destruction through Lafayette and other communities in southwest Louisiana. Hundreds of people lost their lives in those storms, and visible scars on the landscape and on our culture remain a decade and a half later. This time of year is always somber as we remember the people who died in those tragedies – or as we remember our own experiences of having our lives upended. The recovery of southeast Louisiana since Katrina and Rita has not been perfect, but flood protection infrastructure has been strengthened. The storms laid bare the importance of barrier islands and coastal wetlands as elements of hurricane defenses, and their protection and restoration are now priorities of the state and its leaders. Scapegoats and villains were named, yes, but heroes also were born. And we witnessed the power of people rising together to help each other in times of need. The anniversaries were to have been focal points of the Coalition to Restore Coastal Louisiana this year. They were among the major themes of the State of the Coast conference we had planned for this May. We expected to honor heroes of those disasters at our Stewardship Awards Banquet in March. We hoped to host volunteer coastal restoration events to coincide with the storm anniversaries from one side of our coast to the other. The coronavirus pandemic threw a wrench in all of that. And then came Hurricane Laura. Last month, just days before the Katrina anniversary, normally staid weather forecasters made apocalyptic storm surge forecasts as Laura continued to strengthen before landfall, and in what may have seemed like an unusual scenario, people in the storm’s path evacuated to New Orleans, which for the most part was out of harm’s way. The hurricane made landfall near Lake Charles as a large and mighty Category 4 -- the strongest storm to hit Louisiana since 1856. A late shift in the path kept storm surge from being as bad as feared, and some elected officials described the southwest corner of Louisiana as having dodged a bullet. It’s true Hurricane Laura could have been worse; the death toll in Louisiana was 26 at the time of this writing. But that’s likely little solace to the people whose homes were damaged or destroyed. Many of us have been in that position before, and those of us who escaped damage this time understand the grief storm victims are facing -- and the difficulty they will continue to face in the weeks and months to come. We also know that it could have been us. The people of Lake Charles and others affected by this hurricane desperately need our help. With our friends at the Restore the Mississippi River Delta campaign, we have compiled a list of charitable and volunteer groups that are assisting people affected by the hurricane. Please consider helping today.

A look inside the Lower 9 We have partnered with the Lower 9th Ward Center for Sustainable Engagement and Development (CSED) and National Audubon Society to create a virtual tour highlighting the significance of a healthy coast as part of a healthy community. Told through local voices, the tour examines key areas and infrastructure surrounding the Lower 9th Ward community that have a direct role in providing protection from damaging winds and water driven by tropical storms and hurricanes. This video is one effort in a series aimed at engaging Communities Restoring Urban Swamp Habitat (CRUSH), a project of CRCL. Started in 2018, the CRUSH series uses a multi-pronged approach to spreading awareness, advocating for healthy wetlands, and engaging volunteers to restore local swamps by planting cypress and other trees. The release of the video coincides with the 15th anniversaries of Hurricanes Katrina and Rita making landfall along Louisianaâ&amp;#x20AC;&amp;#x2122;s coast. The devastation to the Lower 9th Ward community was, among other things, a direct result of years of complacency and disregard for the vital role that healthy wetlands play as part of a comprehensive system to reduce storm surge and flood risk.

Shell on reels We have completed construction on our Barataria oyster reef (also known internally as Reef No. 3) in Hackberry Bay, north of Grand Isle. If you read the previous edition of our newsletter, you’ll recall that there’s a narrative around this project that ties it into the COVID-19 outbreak. The gist of the story is that the factory where the steel cages we use to build the reef had to shut down in January because of the disease. Then the coronavirus spread to the United States. Our offices shut down, and so did our restaurants. Oyster shell collection has yet to resume, although we anticipate that it will soon. The factory that makes the gabions reopened several months ago, and our contractor, Coastal Environments Inc., used a small crew to load oyster shell onto barges, deliver the shell to the site, and deploy it into the water. Right as Hurricane Laura was menacing our coast, CEI completed the work.

In the final days of reef construction, we took a small group of staff, press and friends of CRCL to see the work in progress. WWL and Fox 8 both did news segments about the Barataria reef and our Oyster Shell Recycling Program. Check ‘em out, and help save Louisiana’s coast by eating some oysters! Last but not least, Woody Gagliano founded Coastal Environments Inc., our contractor on the Barataria oyster reef, but he was much more than a businessman. Woody was an early authoritative voice warning coastal land loss in Louisiana, and according to Don Boesch, president-emeritus at the University of Maryland Center for Environmental Science, he conceived of “well-designed and located sediment diversions” to build land that are now at the heart of the state’s Coastal Master Plan. He was a towering figure in coastal restoration, and he received several coastal stewardship awards from CRCL for his work, including a lifetime achievement award. He died in July at the age of 84. According to CPRA’s Bren Haase, “Louisiana owes him a great debt for not only sounding the alarm in our coastal crisis, but for never giving up when few would listen.”

Easy riders Baton Rouge bike tour CRCL’s Special Events Director Kelly Messer and Director of Community Resilience Corey Miller have put together a bike tour of Baton Rouge that takes cyclists past locations involved in the restoration of Louisiana’s coast. Some of the highlights include the Water Campus, the river model and the mounds at LSU. To take part, you’ll simply download an app on your phone. The ride should take about 40 minutes. Half of the proceeds of the tour will go toward our coastal restoration work. Happy riding!

Clean living International Coastal Cleanup Day is September 19, and we have teamed up with the Coastal Wetlands Planning Protection and Restoration Act (CWPPRA), the Gulf of Mexico Alliance, Acadiana Native Plant Project and Parish Proud to mark the occasion. We’ve got everything you need to clean up along your local waterway or in your neighborhood, and we’ll be in New Orleans, Baton Rouge and Lafayette to maximize our collective impact. Volunteers can pick up cleanup kits at between 9 a.m. and 2 p.m. and turn a relaxing paddle into a small act of service. Headed to the park? Bring your cleanup kit! Kits include a trash bag, gloves, hand sanitizer and a seed packet of native plants to further beautify the area. To register, go here. Our friends at Pontchartrain Conservancy are holding their annual beach sweep on Sept. 19 to coincide with International Coastal Cleanup Day. They’ll be picking up trash from streets, catch basins and waterways to keep it from draining into the Pontchartrain Basin. You can register through their website.

Help us help you We have put together this nifty publication, Champion Our Coast: Corporate Stewardship Guide, to help businesses and other organizations how they can join us in actively fighting to restore our coast. In it, you’ll find a menu of items your company can sponsor, such as tree or grass planting events, and about how our volunteer events can be great team-building exercises. Do you love south Louisiana, recognize the severity of our coastal land loss crisis, and want to help your employees feel more connected with their community but don’t know where to start? We got you. There are also other ways to help. Look for our volunteer events to resume as soon as possible, and consider becoming a member of CRCL.

The Gulf Coast Post is the periodic newsletter of the Coalition to Restore Coastal Louisiana. 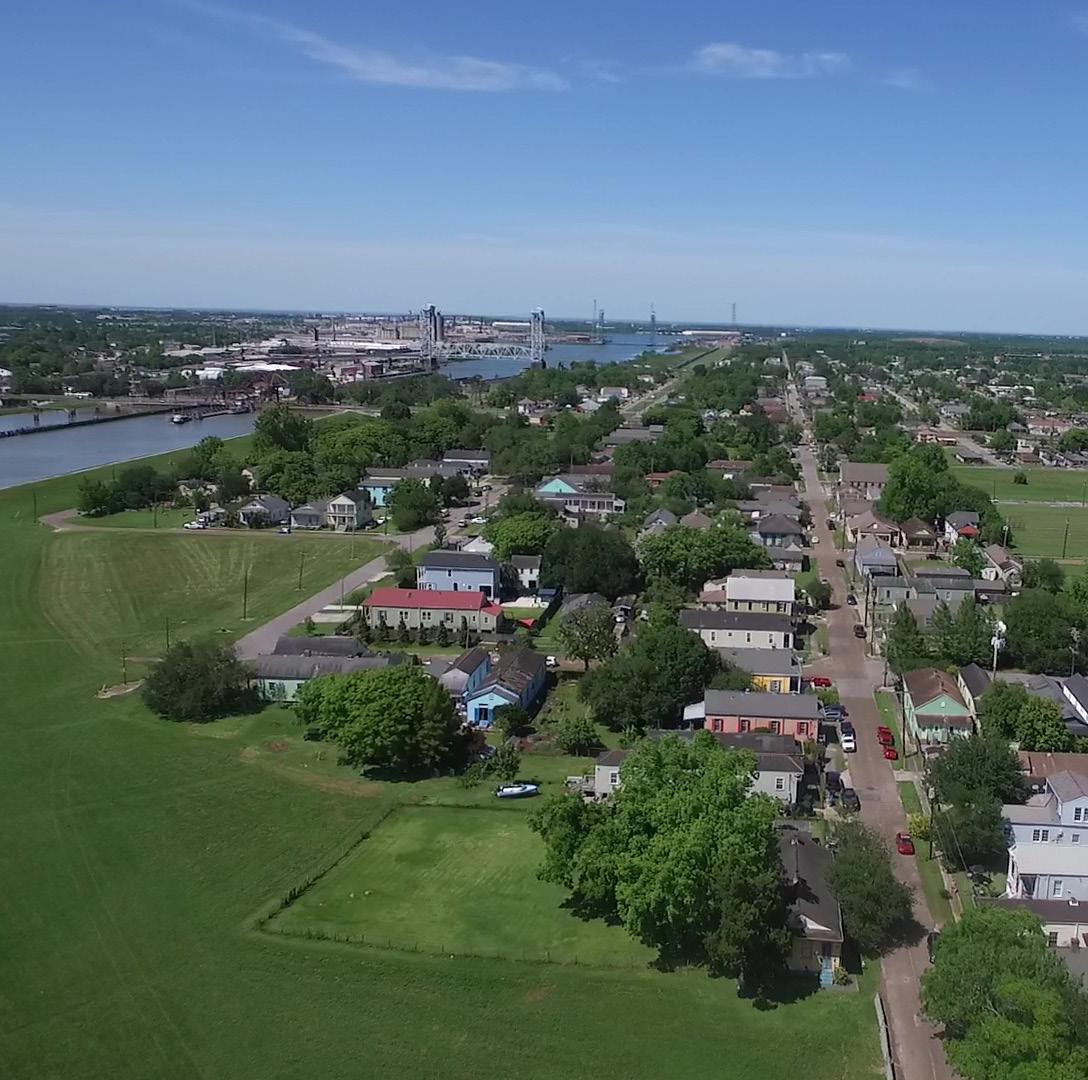 A look inside the Lower 9 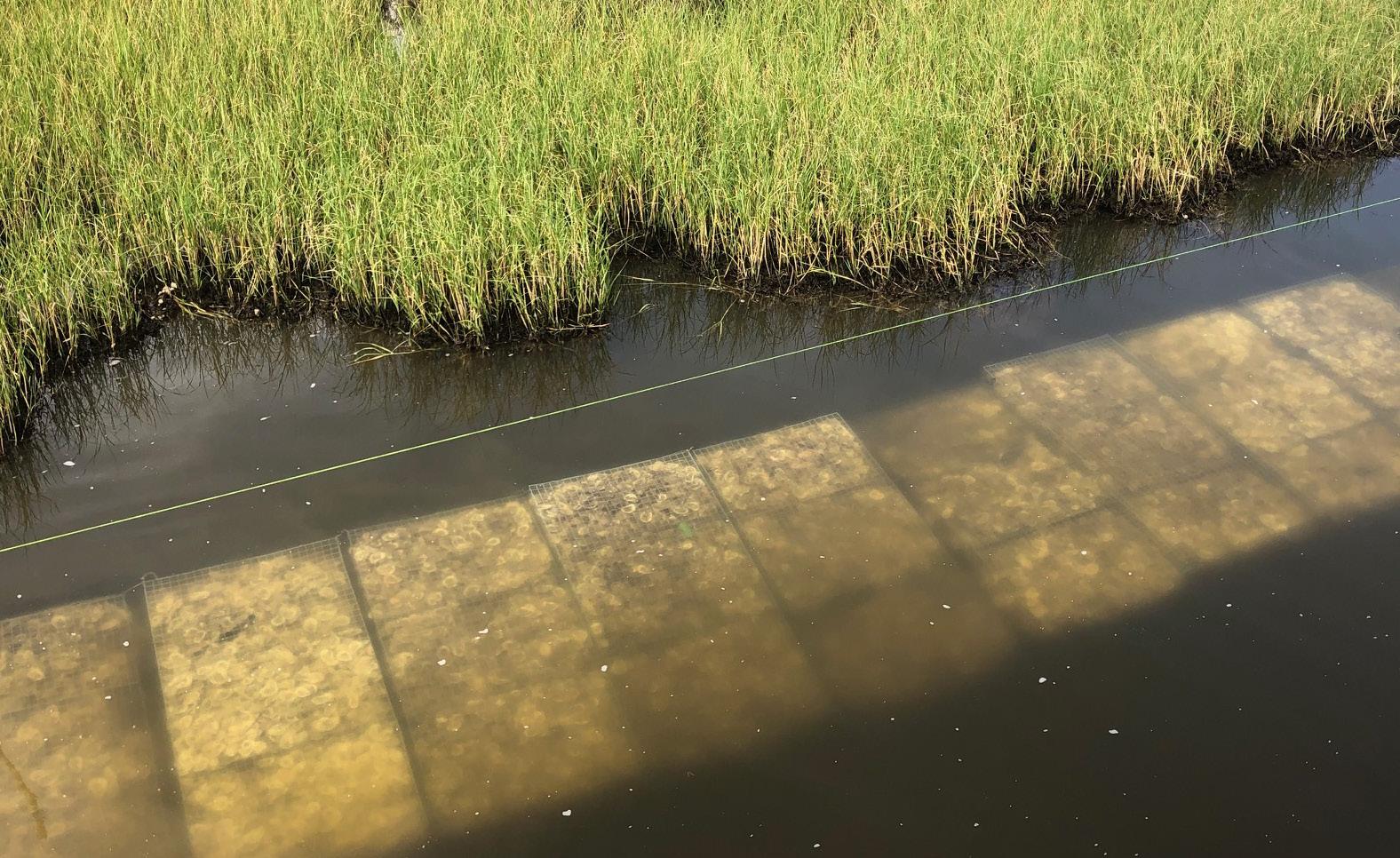 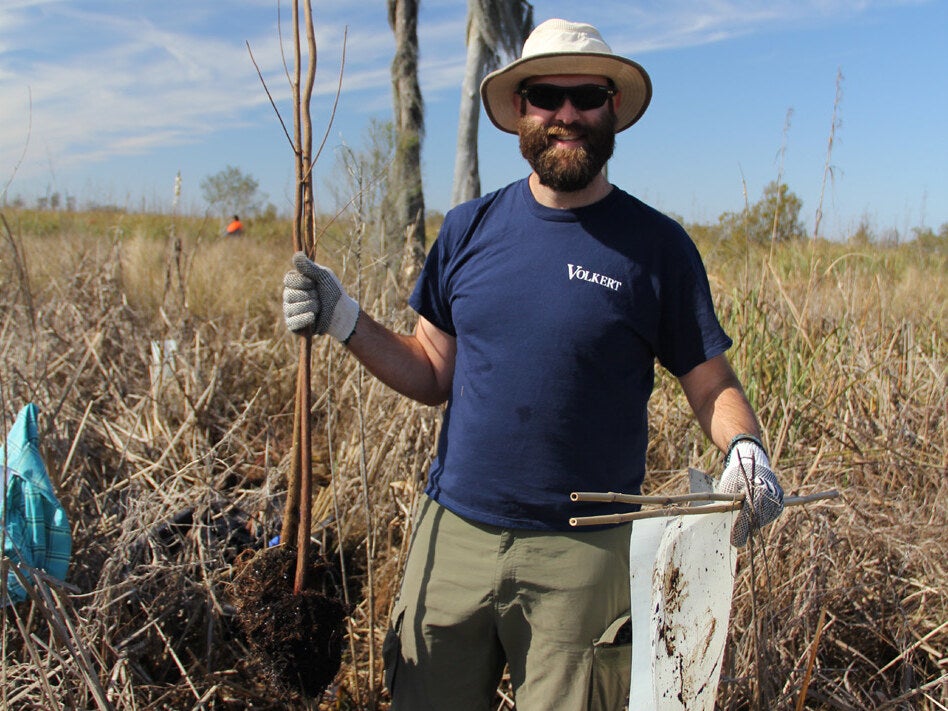 Help us help you 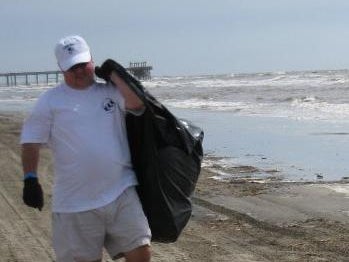