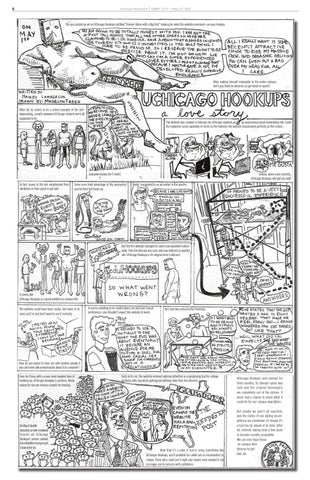 This guy posted an ad on UChicago Hookups entitled “Forever Alone with a Big Dick” looking for what the website promised—an easy hookup.

After making himself vulnerable to the entire campus, don't you think he deserves to get what he wants?

After all, he seems to be a prime example of the selfdeprecating, socially awkward UChicago student we're all supposed to be.

The website was created in February by UChicago students as an anonymous social networking site. Given the explosive social capability of nerds on the Internet, the website should work perfectly at this school.

Everyone knows the T-shirts. In fact, many of the ads emphasized their nerdiness in their quest to get laid.

Indeed, when used correctly, UChicago Hookups will get you laid!

Some even took advantage of the anonymity and let their full freak out.

Sheila* responded to an ad earlier in the quarter.

But first the website changed its name and expanded nationwide. Then the domain was sold, and now redirects to another site. UChicago Hookups in its original form is defunct.

It seems like UChicago Hookups is a great addition to campus life. The website could have been useful, but most of its users can't or just don't want to use it correctly.

If you're unwilling to be candid about sex and your sexual preferences, you shouldn't expect this website to work.

How do you expect to have sex with random people if you can't even talk anonymously about it to a reporter? Even for those with a more level-headed idea of hooking up, UChicago Hookups is perilous. Nerds asking for sex are obvious targets for teasing.

On May 8, Reddit reposted our well-endowed friend's ad. UChicago Hookups's servers crashed from Redditors trying to get a look at the ad.

Early in its run, the website received national attention as a perplexing tool for college students who should be getting laid without help from the Internet.

Now that it's a joke, if you're using something like UChicago Hookups, you'll probably be called out as incompetent or creepy. Those who could use it right and maybe even needed it can no longer use its services with confidence.

UChicago Hookups only existed for three months. Its domain name was sold and the original developers are completely out of the picture. It never had a chance to prove what it could do for our campus and others. But maybe we aren't all squirrels, and the claims of our dating incompetence are overblown. Or maybe it's a tool too far ahead of its time. After all, Internet dating took a few years to become socially acceptable. We can only hope those on campus who deserve to get laid, do. 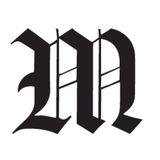 by hayley lamberson and madelyn freed

by hayley lamberson and madelyn freed