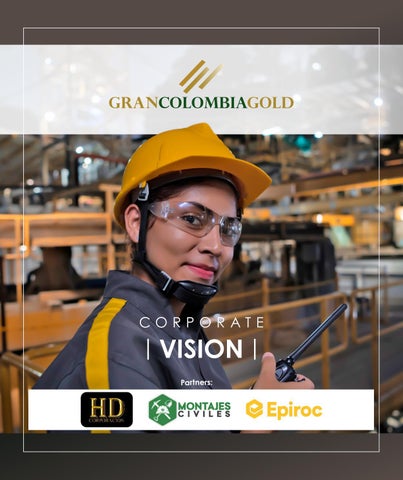 both in exploration and extraction

is a company with

in the Toronto Stock Exchange. These

and other achievements make Gran

is gold and silver

Colombia Gold the most important

run has allowed its consolidation as a reliable business with stability and responsibility toward its main operations in Colombia.

SPECIALIZED LEADERSHIP WITH KEY EXPERIENCE Angel Meza is the vice-president of mines for Gran Colombia Gold.

(UNCP) in the higher average class.

Meza also earned an MBA from

the very first time, increasing by 25%

Centrum, the business school of

the Pontifical Catholic University of

oz. of gold, besides a cash balance of

from the EADA Business School

Besides the Colombian operation, the company also has assets and investments in Canada and Guyana,

(School for High Management, Spain). Meza has developed his mining experience in areas such as

in Peru; and also to Kamoto Copper

Co. and Katanga Mining, both in the

management. Work has taken him

Democratic Republic of the Congo,

Africa. Meza is also an international

Barbastro (a subsidiary of Minsur),

speaker and consultant in mining,

taking part in these activities in Peru,

and Tamboraque mine, all of these

WHO ARE WE? We are a Colombian Company with qualified experience, consisting of several business units, specialized in engineering, construction and project development.

VISION H.D.S.T.M COLOMBIA SAS desires to become recognized nationally and internationally as a leading company in management and engineering in the mining and construction industries by being successful in project execution with a high degree of responsibility in safety and the environment

Construction of Apique in rock types IV and V on the Bieniawski scale, installation of metal arches with 28 MPa reinforced concrete

stability and responsibility business with

Frontino Gold Mines company from the Colombian government, as well as those in Segovia, Remedios, and also

Remedios municipalities, both in

the El Zancudo mine, located in Titiribi

the northwest of the Department

of Antioquia, in central Colombia.

Gold production from the company

The company has also grown by

acquisition, after purchasing the old

efforts have been destined toward the

One of the latest findings for Gran

exploration of three gold deposits: in

Colombia Gold is the Sandra K mine,

southern Cali (in the Cauca Valley),

in Segovia. Currently, levels 6 and

Marmato (Department of Caldas) and

7 of the 7-level facility are being

What you need is what you get! All people and all clients have needs. We are pleased to say that in the northeast of Antioquia, in the ambit of mining, Montajes Civiles has the best solutions for people and their clients.

enabling technology in our operations

an elevator has already been installed,

in all fronts,” Meza declared.

easing the tasks of 506 workers (374 part of the company staff and 132 from outside contractors), avoiding a 935-step staircase after a $1.6 million injection, reducing the run across the stairs to four minutes, delivering a positive impact in time, productivity and -mostly- the workers’ safety. Other investments have been made

GUARANTEEING SAFETY IN UNDERGROUND OPERATIONS Maintaining its staff’s wellbeing and safety is a top priority for Gran Colombia Gold, after investing in the installation of underground refuge chambers for every operation. Since 2017, more than $1 million has been used for the construction of four

at Sandra K to obtain underground

refuge chambers in Segovia and

machinery and equipment with a

Remedios. At the El Silencio mine, a

$1.5 million budget, resulting in the

40-person refuge has been recently

acquisition of a Sandvik DD210 drill

deployed as an addition to the three

previous refuge chambers in the El

(load haul dump) and a 15 ton Aramine Silencio, Providencia and Sandra K truck for underground operations. mines, each with a capacity to host up This investment also considered the

currently, research is being conducted

equipment for the staff dispatched at

to consider deploying a fifth refuge

chamber in the El Silencio mine which

“Constant improvement is in Gran Colombia Gold’s DNA, as well as

would have capacity for 100 persons. It must be noted that underground

refuge chambers in every Gran Colombia Gold mining site are built under high global mining standards, such as those observed by the MSHA (Mine Safety and Health

Administration, from the US), besides

a vast network of purveyors which

complying with the Safety Regulations

as well as domestic companies.

of Decree 1886 from Colombia’s

Ministry of Mines and Energy-, and

with regulations from the National

Collaboration with these companies

is a labor source for more than

hand in hand with local companies

near their operations, incorporating

one facing different subjects and

them to its supplier network.

problems, and each of them aligned

to the United Nations’ development

the affiliation of more than 2,500

gap closer are addressed by

the “Entrepreneurial Women in

mining and contributing to the

Leadership”, which offers training for

environment. On its behalf, “Education different skills, benefitting women in for Development” is a program

focused on refurbishment of schools in Gold’s operations. different areas and also on developing

To these and other health, cultural

learning programs along with the

and environmental campaigns, the

$3 million investments to improve and create new roads, benefitting transit in these territories. “We highlight the positive impact created by alliances among government agencies, local mayors, communities, NGOs and the private sector,” Meza pointed out. A SHINY HORIZON The future for Gran Colombia Gold will rely on the support and infrastructure to achieve goals such as reaching a leadership position in the underground mining sector worldwide at profitable costs. At the domestic level, the company’s intention is to contribute to the country’s economic recovery in collaboration with neighboring communities and local governments, keeping a lasting, stable relationship with its stockholders to strengthen its position among society and reach the top ten list of the most productive mines in the territory, with reserves of one million oz. of gold through sustainable practices. 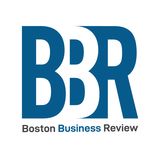