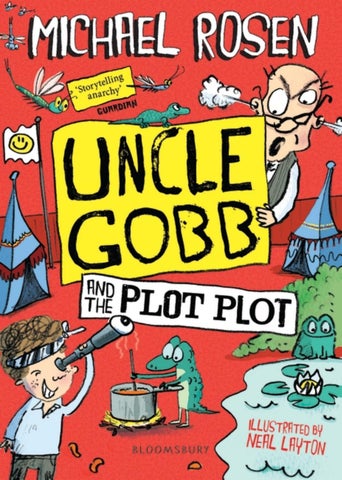 a book in twenty-two chapters including one chapter that isn’t a chapter, mud, a pond, China, weasels, William Shakespeare’s name and an appendix (at no extra charge) by

with very excellent pictures full of genies, weasels and baked beans by

CHAPTER 1 The Middle of the Night

t was the middle of the night. If you have read what this chapter

No worries, because now

He lay on his back, staring at the ceiling. And he remembered the words ‘owl pellets’ from a book he read called ‘Great Owl Pellets of the World’. Imagine, he thought, if instead of that time

when I was on TV and the man asked me what was the capital of Italy and I said,

if, instead of that, the man had asked me, ‘What is the proper name for owl sick?’ I could have said, ‘Owl pellets!’ and I would have been right. Ah, if only.

Just then the dog barked. Wow, thought Malcolm, still lying on his back in bed, that IS strange. I told him not to bark. I remember quite clearly saying to him, ‘Don’t bark tonight.’ And there he is barking. Then Malcolm heard a dragging sound. Something was being dragged. The dog barked again, and following that, someone or something said, ‘Shh!’ Then came the dragging sound again.

All that interesting stuff about owl pellets just f lew out of Malcolm’s mind. ( You probably don’t want to think about owl pellets f lying out of someone’s mind, so if you don’t want to, just stop thinking about it. If Malcolm had been thinking about weasels, they would have f lown out of his mind too.) Weasel 1: Hello again. Weasel 2: Looks like we’re back again, with our weasel words. Weasel 1: No, we don’t say weasel words, remember? Weasel 2: Don’t we? Weasel 1: No, we’re weasels. It’s humans

who say weasel words, not weasels. We don’t actually talk. Except when people like Neal Layton do drawings of us talking. Weasel 2: Oh yes, I remember: we don’t talk. By the way, what are weasel words? Weasel 1: That was explained in another Uncle Gobb book. If you really want to know, just look it up in there. Weasel 2: All right, all right. No need to get ratty about it. Weasel 1: I’m not being ratty. I’m not a rat. I’m a weasel. Weasel 2: Me too. I’m a weasel. Weasel 1: I know you’re a weasel. You don’t need to tell me you’re a weasel.

Then came the dragging sound again. Malcolm waited for the dog to bark. The dog didn’t bark that time. Aha, thought Malcolm, me telling the dog not to bark has worked. The dog did after all listen carefully, has remembered what I said and is now doing what I told him to do. Which is not bark. Then came the dragging sound again. Malcolm decided that the dragging sound was scary. Malcolm remembered a horror story he read once about a giant cucumber. It wasn’t a living cucumber. It was a dead cucumber that had become a ghost. And in the middle of the night, this ghost-cucumber couldn’t sleep.

So it walked about the house dragging something. I think it was chains, Malcolm thought … but then why would a ghost-cucumber be dragging chains? If

there was a ghost-cucumber dragging

something, surely it would be something that cucumbers hang out with, like a bit of lettuce? The sound that Malcolm could hear downstairs was not the sound of a ghostcucumber dragging a bit of lettuce. It sounded more like a chair being dragged – yes – his chair, the little, funny wood-and-metal chair he had had ever since he was little and funny. When Malcolm was three, he remembered, he went to a place every day called ‘Start’, but then it closed, and when it closed, they

said people could take a chair home instead. Malcolm found his chair, took it home and he had kept it ever since. The dog liked sleeping on it. Or under it. Vignette

Here is an important message If you wake up in the middle of the night and you start to hear things, sometimes you say things to yourself that are not totally sensible. Thatâ&amp;#x20AC;&amp;#x2122;s because you might be half asleep.

End of important message The next thing that Malcolm thought was most definitely not a sensible thing to think. What he said to himself was, Oh, my chair is going out for a walk. Then there was a crash, and a voice said, Malcolm knew immediately who said, It was Uncle Gobb. Uncle Gobb was the only person he knew

But why was Uncle Gobb dragging his chair around in the middle of the night? Malcolm

went downstairs, switched on the light and looked at Uncle Gobb. Uncle

He’s already tried to get rid of me and

my bestest friend Crackersnacker in America ... but we DEFEATED HIM!!!! I know I can defeat him again, so this time I’ll find out what his plan is straight away. No hanging about.

night; he knows I know he’s moving my chair in the middle of the night; there’s something else altogether that he doesn’t want me to know about. This is what my greatest, bestest most brilliantest friend, Crackersnacker, would call ‘The Something Else Thing’.

CHAPTER 2 The Something Else Thing

we could spend a few moments together trying to figure it out for ourselves. Here’s a list of possibles:

Gobb is going to move Malcolm’s

Gobb has a secret collection of

chairs that he doesn’t want anyone to know

Gobb is going to take it to China.

Gobb thinks that Malcolm – and

his great friend Crackersnacker – are not doing enough homework and not learning anywhere near enough for the tests. This makes him really, really, really angry. Uncle Gobb is moving the chair to put in front of the door, so that when Malcolm gets up in the morning, he won’t be able to get out, and Uncle Gobb can start the day with some really good questions, like: ‘What is William Shakespeare’s name?’

BLOOMSBURY CHILDREN’S BOOKS Bloomsbury Publishing Plc 50 Bedford Square, London WC1B 3DP, UK BLOOMSBURY, BLOOMSBURY CHILDREN’S BOOKS and the Diana logo are trademarks of Bloomsbury Publishing Plc First published in Great Britain in 2018 by Bloomsbury Publishing Plc Text copyright © Michael Rosen, 2018 Illustrations copyright © Neal Layton, 2018 Michael Rosen has asserted his right under the Copyright, Designs and Patents Act, 1988, to be identified as Author of this work All rights reserved. No part of this publication may be reproduced or transmitted in any form or by any means, electronic or mechanical, including photocopying, recording, or any information storage or retrieval system, without prior permission in writing from the publishers A catalogue record for this book is available from the British Library ISBN: HB: 978-1-4088-7394-6; ebook: 978-1-4088-7396-0 2 4 6 8 10 9 7 5 3 1 Printed and bound in Great Britain by CPI Group (UK) Ltd, Croydon CR0 4YY

To find out more about our authors and books visit www.bloomsbury.com and sign up for our newsletters 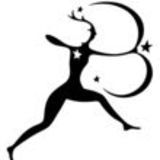