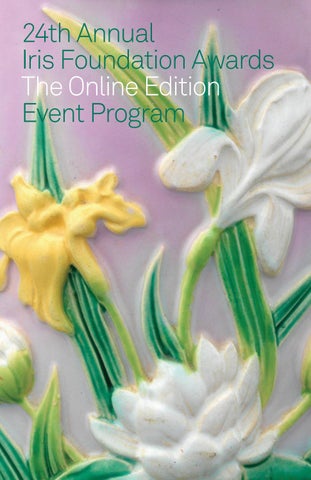 Founded on the belief that the decorative arts, design history, and material culture comprise a unique academic field, Bard Graduate Center is committed not only to research in, but also advocacy for and visibility of the field. To that end, in 1997 Susan Weber launched the annual Iris Foundation Awards to honor individuals whose work has advanced the understanding of this important field among scholars, collectors, professionals, and the general public. The 24th Annual Iris Awards celebrate four outstanding individuals who have contributed to the study and appreciation of the decorative arts, design history, and material culture: Dr. Stephen K. Scher, Outstanding Patron; David Revere McFadden, Lifetime Achievement in Scholarship; Sanchita Balachandran, Outstanding MidCareer Scholar; and Cristina Grajales, Outstanding Dealer.

Scholarships and Financial Aid From the beginning, Bard Graduate Center has attracted talented students who are passionate about the decorative arts, design history, and material culture. They are enthusiastic about enrolling in a program that offers both an intellectually challenging curriculum and practical experience. Uniting scholarly rigor with substantive internships and the opportunity to work on exhibitions in the Bard Graduate Center Gallery, our MA and PhD programs have benefited over 400 alumni— affording them unprecedented opportunities to learn, grow, and further their careers. Our students’ success is due in no small part to the many individuals who support scholarships and financial aid. Over 75% of students at Bard Graduate Center qualify for need-based scholarship support. Your donation ensures that financial aid continues to be available for all students who qualify. Named scholarship funds and named fellowships can be established with contributions of $10,000 or $30,000. For more information call 212.501.3071.

A salute to DAVID MCFADDEN

For his historic exhibitions, scholarly writings, and thorough knowledge of our beloved field

Outstanding Patron, Dr. Stephen K. Scher An avid contributor to the art world, Dr. Stephen K. Scher has lectured and published extensively on medieval and Renaissance art. He taught in the Brown University art department from 1961 to 1974 and was president and chief executive officer of Scher Chemicals, Inc. until his retirement in 2004. He has organized exhibitions at the Frick Collection, the National Gallery of Art (Washington, DC), and the National Galleries of Scotland. Dr. Scher also assembled a significant collection of commemorative portrait medals, the bulk of which was donated to the Frick in 2017. He currently serves as a member of visiting committees at the Metropolitan Museum of Art and the Frick Collection and as an associate trustee of the Yale Library. For his service, Dr. Scher received the Yale Medal (2015) and the British Art Medal Society’s President’s Medal (2018).

Outstanding Lifetime Achievement, David Revere McFadden David Revere McFadden is chief curator emeritus at the Museum of Arts and Design. Before his retirement, he was curator of decorative arts and assistant director for collections and research at Cooper Hewitt, Smithsonian Design Museum from 1978 to 1995. In his distinguished career, McFadden has organized more than 150 exhibitions on decorative arts, design, and craft, including Hair (1980), Scandinavian Modern 1880–1980 (1982), Wine: Celebration and Ceremony (1985), and Slash: Paper Under the Knife (2009). For his work in cultural affairs, he has been named Knight, First Class of the Order of the Lion of Finland (1984); Knight Commander of the Order of the Polar Star of Sweden (1988); and Chevalier de l’Ordre des Arts et des Lettres by the Republic of France (1989). McFadden has received the Presidential Design Award for Excellence three times (1994, 1995, 1997).

Outstanding Mid-Career Scholar, Sanchita Balachandran Sanchita Balachandran is associate director of the Johns Hopkins Archaeological Museum and senior lecturer in the Department of Near Eastern Studies at Johns Hopkins University. Trained as an objects conservator specializing in archaeological materials, she uncovers traces of past peoples and cultural practices on objects. For a recent exhibition, Who Am I? Remembering the Dead through Facial Reconstruction (2018), Balachandran collaborated with specialists to reconstruct the faces of two ancient Egyptian women. She teaches courses on the technical study of ancient objects and the history and ethics of museum conservation. Balachandran is a fellow of the American Institute for Conservation and founder and director of Untold Stories, a non-profit organization that represents and preserves a fuller spectrum of human cultural heritage in art conversation.

Outstanding Dealer, Cristina Grajales Hailed as one of the most respected experts in the design field, Cristina Grajales founded her eponymous gallery in New York in 2001. She previously served as director of 1950 Gallery from 1990 to 2000, developing it into a premiere source for mid-century design. Cristina Grajales Gallery is at the forefront of the design world, specializing in contemporary and twentieth-century design and the cultivation of emerging designers. With over thirty years of experience, Grajales has served as an advisor to a number of collectors, assisting them in building valuable collections. In 2001, she founded the lecture series “Dialogues with Design Legends” at the 92nd Street Y. Grajales is a frequent guest lecturer, panelist, and contributor to various publications, and she maintains a full program of exhibitions at international art and design fairs.

Congratulations on this well deserved recognition of your talents, energy and intellect. You make me proud every day. I’d go to the ends of the earth with you. With love, Isabelle

To David McFadden, A brilliant mind, innovative thinker, pioneer of new studies and a wonderful friend and colleague. It’s been a great pleasure to have you in my life! —Holly Hotchner

Majolica Mania Transatlantic Pottery in England and the United States, 1850–1915 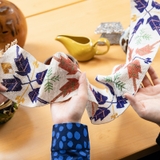