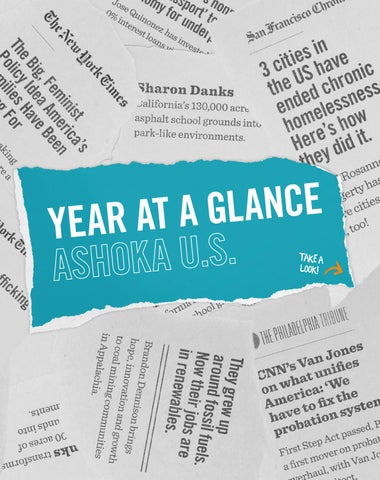 Ashoka is the world’s home of changemakers. Our U.S. Fellows join a global network of 3,800 leading changemakers worldwide.

Plus an average of 40,000 people impacted directly.

ASHOKA FELLOWS IN THE UNITED STATES

The Ashoka idea may be more important for the United States at this moment than it has ever been before because a widespread diagnosis of America’s central problem is lack of engagement, lack of a sense of possibility, lack of connectedness of all levels. If I think the Ashoka mission stands for anything it is engagement in every sense of that term. James Fallows

OF FELLOWS SAY THAT ASHOKA HAS GIVEN THEM STRATEGIES AND FRAMEWORKS

For spreading their ideas beyond direct service to systemic impact.

WELCOME, FRIENDS! Take a look at how Ashoka Fellows are shaping the country, who we elected this year, and some of our priorities for the year ahead - our 40th year for Ashoka global and 20th year in the United States. As ever, thank you for your support, including financial support, along the way. Enjoy!

ASHOKA FELLOWS Every day, Ashoka Fellows are solving social problems, building healthy communities, and inspiring people of all ages and walks of life to become changemakers. What happened in 2019? Hereâ&#x20AC;&#x2122;s a sprinkling of headlines about the change created by Ashoka Fellows.

GETTING TO THE ROOT OF THE PROBLEM UNLESS WE SOLVE THE CAUSE OF A PROBLEM, SYMPTOMS WILL NOT GO AWAY.

Ashoka only elects social entrepreneurs whose solutions address the root cause of a social problem. Fellows’ solutions take many forms – from shifting policy to shifting mindsets – and together they lay the foundation for a more just and equitable world.

AI-JEN POO has led the effort to pass a Domestic Worker Bill of Rights in nine U.S. states now, guaranteeing overtime pay and sick leave for the millions of workers who care for our loved ones, clean our homes, and much more.

TRABIAN SHORTERS changes how the philanthropy sector talks about those it serves: Asset framing shifts the narrative to define people by their aspirations and contribution, not by their despair and weakness – a precondition for achieving equity and inclusion.

BREN SMITH revitalizes fishing communities along the country’s coasts, helping them switch from fishing to being ocean farmers: growing oysters, kelp and sea greens. The potential: without fertilizer or feed, less than 5% of U.S. waters can yield 50M jobs, sequester 135M tons of carbon and 10M tons of nitrogen.

HOW WE ARE GROWING

WELCOME, 2019 ASHOKA FELLOWS! How do we update our labor movements for 21st century work? What happens when we reimagine foster care with young people and their choices at the center? How can sober active communities help people heal from trauma and addiction?

Right now, Ashoka Fellows are solving these and other urgent problems. They imagine a way forward and build it for everyone, for the good of all. All while creating roles for many more people to step up as changemakers, too.

HOW WE ARE GROWING

ALL AMERICA: EXPANDING THE BOUNDARIES OF OUR FIELD Up until 2015, 62% of Ashoka Fellows lived in just four coastal cities (that represent only 18% of the U.S. population), and the overall fellowship skewed male and white. Three years ago, we launched the “All America” effort to ensure that our social entrepreneurs reflect the dynamism and diversity of the country as a whole.

Since 2016: TWO-THIRDS of our most recent 56 Fellows are women

3 IN 4 FELLOWS elected live outside those 4 coastal cities, from Central Appalachia to Minnesota farm country to American Indian land

SINCE WE LAUNCHED ALL AMERICA IN 2016

WE COMMIT TO DOUBLING OUR INVESTMENT IN THE NETWORK As our fellowship grows, weâ&#x20AC;&#x2122;re committed to investing more in the network and developing new offerings with and for Fellows. In 2019, we hosted our first-ever Family Camp that brought Fellows with their partners and children for a weeklong wellbeing retreat in the Driftless region of Wisconsin in July.

WHAT FELLOWS VALUE ABOUT ASHOKA

A HOME FOR CHANGEMAKERS Ashoka evolves year to year as we welcome new Fellows, integrate their ideas and networks, and spot new opportunities for impact. What do Fellows value most about Ashoka? Let’s take a look.

“Ashoka is a homecoming

for social entrepreneurs who have been homeless. There is no better community that celebrates their commitment to cause, or understands the loneliness of leadership.”

Fellows explore the full potential and reach of their idea, and commit to creating new norms for society.

Ashoka provides earlystage Fellows with a 3-year stipend, allowing them to focus fully on their idea.

“I literally would not have

questions and helped me think so much bigger about my impact, like how to shift a whole system.”

been able to continue building this solution if I hadn’t received the stipend from Ashoka in the development years.”

“I almost always say yes to an Ashoka introduction because the Ashoka team knows me and what I look for in partners.”

change. Ashoka has been a bullhorn for our call to action - spreading our idea across the planet.”

“Ashoka brings together trusted thought partners who help me me think through challenges and see our vision through to reality.”

and diversity of leading changemakers with you via weekly news, insights you can use, and deeper trends that help us all see around the bend.

In 2019 we hosted a national tour of solutions, live from 5 cities, with Ashoka Fellows as experts on climate, rural innovations, law for all, racial healing, and changemaker movements. Thank you to our partners: CASE at Duke, The New School, James Fallows of The Atlantic, and more.

Exclusive conversations with Fellows, for our partners.

Q&A’s with Ashoka Fellows on Forbes, plus a new weekly series called “Future Of” that taps Fellows on trends they’re seeing. And coming up: a special “Changemakers Everywhere” story tour.

Stay in touch every week via our popular Friday email brief. It’s short, crisp, insightful, made for busy changemakers!

Themes underpinning the work of many Fellows:

with leaders in emerging fields

the next Ashoka Fellow 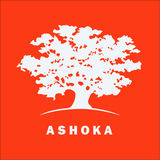 Year At A Glance – Ashoka U.S.

Year At A Glance – Ashoka U.S.