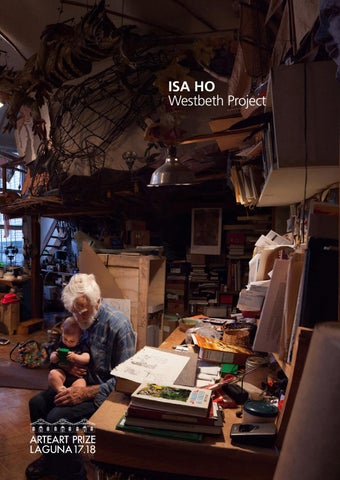 The personal exhibition “Westbeth Project” stems from the collaboration between Arte Laguna Prize and Chelouche Gallery, which has selected Isa Ho as the winners of the Special Prize “Artist in Gallery” for the 12th Arte Laguna Prize. For 12 years Arte Laguna Prize has been promoting contemporary art, creating dissemination channels and an international public participation; it motivates the relationships among people who work in the visual, multimedia and performative arts world; it creates concrete opportunities of growth and of launch of the professional career of artists; it generates special projects which spread from Venice throughout the world, building lots of collaborations with foundations, museums, galleries, art residencies and companies.

An international network has been built and it is growing and strengthening every edition and every day a system of relationships made by people and ideas is created and it is always looking towards new horizons. With the special prizes “Artist in Gallery” Arte Laguna Prize created a format of collaboration with international galleries that gives them the opportunity to view a large array of artistic proposals selected by an international jury, composed of ten experts in contemporary art, directors of Museums and Foundations, independent curators and art critics, and then to choose the artist with whom to organize a new exhibition.

Since it’s opening in 1985, Chelouche Gallery has been maintaining its prominence in various fields of art. It is the home of both young and established Israeli and international artists, displaying works in new media, video art, sculpture, painting, installation and photography. Chelouche Gallery is one of the most prominent and leading galleries in Israel. Located in Tel Aviv, Chelouche Gallery maintains its primacy by promoting an international and local exhibition program and placing itself one step ahead in the Israeli contemporary art scene. The Gallery’s Israeli artists exhibit in world renowned venues, such as Nir Evron at the New Museum, NYC, the 19th Biennial of Sydney, the Israel Museum, the ICP Triennial, NYC, the 6th Berlin Biennial, Tel Aviv Museum of Art; Miki Kratsman at PhotoEspana,

Madrid, a solo exhibition at MUSAC, Leon, and at La Virreina, Barcelona, and at the Peabody Museum, Harvard University. Established by Nira Itzhaki, Chelouche gallery is located in the historic “Twin House” of 7 Mazeh Street, one of the most beautiful historical building of Tel Aviv right at the heart of the city. The Gallery extends upon four floors (600 sq) offering a variety of exhibition spaces as well as the ‘Chelouche Salon’ on the top floor which hosts cultural activities and a branch of Tola’at Sfarim “Bookworm” a bookstore-café placed on the ground floor. With an outstanding presence in the international art scene Chelouche gallery has collaborated with a vast number of established curators and artists both in Israel and abroad and actively participates in international exhibitions, Art Fairs and biennales.

Isa Ho received her Master of Fine Arts from Taipei National University of the Arts. She concentrates on digital and contemporary photography. Creates simulated reality through these methods that she works to address her social concerns and fulfill her personal responsibility to society. She was awarded 2018 Arte Laguna Prize special price, 2013 ISE Cultural Foundation Award, 2012 and 2015 Asian Cultural Council grant, 2011 Kaohsiung Art Award. Her works have been collected by National Taiwan Museum of Fine Arts, Kaohsiung Museum of Fine Arts, Kuandu Museum of Fine Arts, Hong-Gah Museum, Gwangju Museum of Art in Korea and White Rabbit Gallery in Sydney, Australia. She was the resident artist at International Studio and Curatorial Program (ISCP) in New York in 2013 and 2015, and at CitĂŠ International des Arts in Paris from 2009 to 2010,

Westbeth Artists Housing was established in 1868. Since 1970, it is open to resident artists to stay till they pass away, for relatively cheaper rents. Currently, more than 350 artists from around the world are living there. Nearly two thirds of the residents are age 60 to 100, thus turning the place into a seemingly retirement home. I stayed and worked in this mysterious and filled-with-stories building from 2013 until 2018. With which attitude should we look at life? Westbeth is accommodating more than 350 artists, with their original art and from different parts of the world. Each artist has a sad story to tell, but they can tell it with a smile. In the beginning I thought of the place as ‘heartbreaking’, but still continued the project, because I think the highs and the lows are what make life beautiful, and perhaps residents of Westbeth can enrich our lives with their different stories and attitudes.

“There are many possibilities to look at things, life, and creativity.” Artists spend time pondering over the meaning of life, and then transform it into their works. They feel life, but interpret it from their individual perspectives. This project aims at capturing these artists and their individual perspectives of life and creativity. For me, a photograph is a platform on which to create a scene, rather than capture a narrative. It is difficult to recount a narrative within a single frame, and so instead I freeze the stage on which this scene is set. Photography is thought of as a practice that is clouded by the photographer’s perspective and his/she’s own act of viewing. However, I find that photography is similar to

painting, the medium in which I graduated. Through using photo editing software I am able to illustrate my subject in, strangely, a more realistic manner. I consider my photographic portraits to be analogous to portrait paintings. Westbeth Project has four facets, all of which tackle societal issues. Firstly, it presents the deceptive nature of memory. A story is transformed as it passes through generations, and memory is equally liable to change, especially as you age. As a result, I must approach the Westbeth residents ‘truths’ with varying degrees of trust, filtering their narratives through my own interpretations. Due to the enigmatic nature of my photography, the viewer can decipher clues in the backgrounds of the Westbeth portraits, and interpret these narratives through their own perspective. Secondly, I want to document the importance of independence in artistic communities and art production. The current media-obsessed generation has forced the role of the artist to evolve, so the artist can no longer focus solely on his/hers creative output, and is instead concerned with business and media identity. In an attempt to subvert this evolution, Westbeth Artist Housing provides the perfect environment for its resident artists. It charges a fifth of the typical rental price, in the same location, providing an ideal environment for artists to devote themselves entirely to their art. Thirdly, my photographs in the Westbeth series capture each artist residing in their living environment. I wanted to capture how, after living in an apartment for over 30 years, the space becomes inextricably entwined with its inhabitant. Through my photographs, the viewer can meet the artists and observe the lack of distinction between life and artistic creation. Finally, I hope to draw attention to the difficulties of an ageing society. The current infrastructure for

elderly care is based on the ratio of 1:6 ‘elderly’ to ‘young’, but this will soon rise to 1:1, and the social welfare of the elderly will become an urgent issue for our generation. The Westbeth experience is an important reference in discussing the resolution for these issues. I have found that elderly Westbeth residents soothe their sorrow through positive thinking. Prior to my encounter with these inspirational residents, I had not imagined this attitude would so greatly impact one’s quality of life. Living and working alongside these residents made me examine my preconceived notion of a “successful artist”, and I want to share this shift with a wide audience.

“This seems unreal community highlights the emptiness of happiness in a capitalist society.” 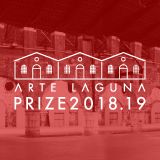