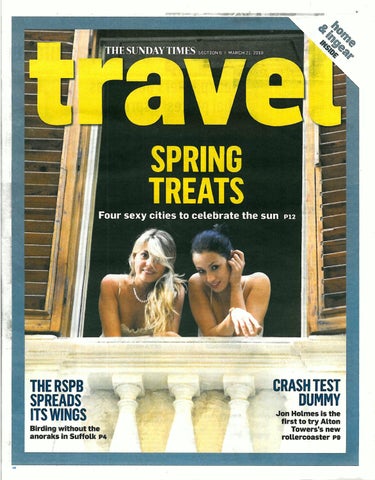 oyou want sun and sea, served up with style, and you want it for less than a grand for two? No problema. First, go in May, June or september, not in high season, which is hot, crowded and expensive. second, look for self-catering cottages and villas, and smaller, family·run hotels. Third, when the herd turns right, you should turn left to find the remoter beauty spots. The fourth rule is to be as dogged as a bloodhound in your pursuit ofa hargain, and the fifth rule is to forget aD of the above, because we&#39;ve done it far you.

unless stated, pricesfor package holidays arefor two people and include flights from London and transfers. Independently bookedflight prices were correct at the time ofgoing to press :~

Vacances (0870 026 7144, pv·holidays. com) has self-catering flats for £510 per week in July at the Residence villa Francia, on a hillside in La Croix des Gardes - 10 minutes&#39; walk from the centre of cannes. There are great views of the hay, the lies de Ikrins and the red rocks of the Esterel, especially from the infinjty pool. Returns to Nice start at £46 with

VALENCIA To make the most of this most nocturnal of Spanish cities, you&#39;ll need somewhere comfy to recuperate during daylight hours. We&#39;ve found it - a funky, retro-styled second·floor flat in a typical Valeociano building that&#39;s just five minutes from town, a stroll from the Hipica pool, in the Jardines del Real, and a tram ride from the beach. It costs just £362 for any week from July 1-look for property 83483 on homeaway.co.uk. with returns to Valencia going for £57 in early July with EasyJet (easyjet.com), that&#39;s the holiday for £496. ANDALUSIA Casa Olea (00 34 696 748209, casaolea. com) is a boutique B&amp;B in a traditional cornjo, deep in the undiscovered Sierras subbeticas. It&#39;s shamefully self·indulgent - aD big beds, strong

ITALY UMBRIA Down the lane from the bar in the village of Orgia. just outside Siena, youll find II Gelso, a fairy-tale medieval cottage formerly owned by Little Red Riding Hood. Picture open fireplaces, beamed ceilings, distant views ofsiena and long afternoons swimming in the clear, shallow waters of the nearby river. The high-season cost is £602, through Invitation to Tuscany (020 84449500, invitationtotuscany.com). Returns to Pisa start at about £7S with EasyJet (easyjet.com). car hire is £150 with Europcar (0870 6075000, europcar. com). Bottom line: £902. LEMARCHE It&#39;s prettier than Umbria, with tastier cuisine than Tuscany, so if you&#39;re up for exploring the Adriatic region of Le Marche, book yourself into casal dei Fichi, a farmhouse converted into six self-catering apartments, set high in the hills. Expect luxurious bathrooms, designer kitchens, beamed ceilings and a smaD pooi in a garden sun trap. A week up to June 30 is £625, booked through Real Holidays (020 7359 3938, realholidays.co.uk). Returns to AnCODa start at f38 with Ryanair (08712460000, ryanair.com). car hire is £124 with Expedia (0871226 0808, expedia.co.uk). Total cost: £825. LAKE GARDA

(make sure you get a lake-view room). Departure date: June 5. Price: £908 per couple, including flights and car hire, through Crystal Lakes (0871231 5661, crystaDakes.co.uk). SARDINIA If we had to pick just one deal-for-two this summer, it would be the fabulous Casa Teulada, about 40 miles by spectacular coast road from cagliari and a 2O-minute drive from sa Tuerredda beach, considered to be one of the 10 best on the island. The house is a thick·waDed, rose-washed, rustic-beamed jewel that regularly features in the Italian interiors magazines and has its own YouTube video (bit.ly/dd3196). It costs a paltry £687 for the week beginning July 8, booked through Holiday Lettings (holidaylettings.co.uk). Add flights to Cagliari at £76 each with EasyJet (easyjet.com), and car hire at £159 from Auto Europe (00800 223S SSSS, autoeurope.com), and the total is £998.

MALTA GOZO . It&#39;s Malta in miniature, and admittedly that makes it very, very small indeed, but nevertheless there&#39;s room for more than SO generously domed churches, Europe&#39;s oldest temples and some of the best dive sites on the Med. Original Travel (0207978 7333, originaltravel.co.uk) recommends the thoroughly modem three-starSan Andrea hotel, which has a spectacular location overlooking beautiful Xlendi Bay, and a rooftop terrace to ensure you can enjoy those views to the max. A week costs £880, B&amp;B, in May.

Chris Haslam selects his pick of the best holiday deals for couples, with flights and accomodation for less than £1000! Within this, he recommends CASA TEULADA as a fantastic a thick-walled, rose-washed, rustic-beamed jewel to rent for a once in a lifetime experience. 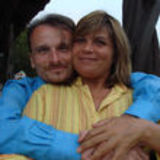