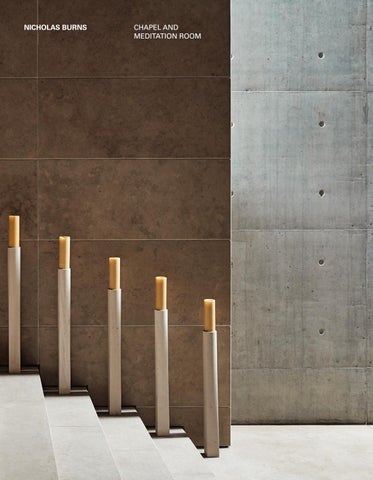 Following a period of sustained development and consolidation at AMAG publications, the LONG BOOKS will bring together a unique selection of projects that establish new paradigms in architecture. With a young and irreverent conceptual graphic language, the 1000 numbered copies of each title of AMAG LONG BOOKS COLLECTION will document works with different scales and formal contexts that extend the boundaries of architectural expression.

SETTING The Ave River crosses the municipality of Guimarães. Its source is in the Cabreira Mountain to the northeast. Beyond Guimarães it flows southwest through the cities of Vizela, Santo Tirso, Trofa and Vila do Conde, where it finds the Atlantic. The hydrological situation of Guimarães lent itself to the establishment of a linen textile industry in the 19thC, and the development of a substantial civic infrastructure of stone-built tunnels and culverts that divert fresh water to a number of open reservoirs and public laundries, where citizens could congregate to wash their clothes. These extraordinary structures, in large clusters of square tanks, so well built and of evident civic value, are mostly in a ruinous state; though currently subject to a concerted project of recuperation and restoration that is producing a very fine network of renewed civic spaces. The presence of water is everywhere in Guimarães. It permeates the city’s foundations, emerging in surprising and unexpected ways: rushing along creeks or open culverts then disappearing underground; filling open stone tanks, or lying still beneath grids of green algae. Southeast of Guimarães, across the Ave, a family estate in the foothills overlooks the town: a home for three generations. A chance encounter furnishes Nicholas Burns with a rare project: to design a small chapel on the estate. The programme is simple: the Chapel is to serve the family’s needs for individual reflection, collective celebration and worship; and it is to serve as a setting for an 18thC monumental, antique, carved timber and gilded reredos that needs a home. Beyond that, the architect is given free reign. For Burns, the liberty of situating the Chapel more or less anywhere within the estate boundaries was shaped by a painstaking and iterative process of walking the site. A developing understanding of the landscape fabric was the prominence of diverse, interconnected spatial sequences—that is, of interstices and voids; rather than formal or volumetric objects set within a spatial field. The process was one of initially wandering, attending to particular topographical and ambient conditions, then narrowing possibilities to locations with a set of qualitative conditions that might afford the kinds of aspects and prospects, spatial and kinesthetic experiences appropriate to the contemplative, reflective and familial purposes of the Chapel. The knoll eventually settled-on is a distinctive feature of the estate. Its rise marks a unique, isolated pivot: to the southeast, the land declines slightly before rising gradually to the foothills, then dramatically up to the scarp; to the northeast, it declines to a gully before rising again towards the Monastery of Santa Marinha da Costa; to the north it falls to a level platform planted with grapevines, whose edge in turn falls steeply

towards the Rio Ave valley, giving prospects, on the other side, to two major landmarks—the Castle of Guimarães and the Palace of the Dukes of Braganza. The knoll rises in the midst of a watershed—creeks and waterfalls either side carrying fast flowing streams towards the Ave. This siting strategy is advantageous—in the multiple senses of the word: to advance, to improve and to profit from. Significantly, both the site and the chapel benefit. The building gathers the surrounding context into the knoll, amplifying its centralizing and structural role of withholding and stabilizing the topographical declination towards the Ave. The Chapel gains in presence by the way it magnifies the knoll and puts the grove of trees around it into silhouete and relief against the high ridge behind: a modest parallel to the way the great stupa of Borobudur in Central Java—symbolically the cosmic mountain and pillar Meru—collects and anchors the circumscribing ring of mountains. As at Borobudur, this Chapel charges and activates its setting, and is in turn charged and activated by it. Spliced carefully into the knoll, among a fine stand of trees and cyclopic granite boulders, the Chapel’s profile marks a defensible occupation of space, set within a network of surrounding hills and taking its place among a collective of place markers, each with their signifying architectural presence: Guimarães Castle and the Palace of the Dukes of Braganza to the northwest, the Monastery of Santa Marinha da Costa to the northeast and the pilgrimage sanctuary of Montanha da Penha to the southeast, which effectively backdrops the Chapel when seen from the town of Guimarães below. This kinesthetic process of walking the site—noticing and noting its inclinations and declinations; its rocky clusters and broad levels; its dilated stands of trees and dense brush; its watery hollows, cuts and scarps; the gentle and extreme, sudden shifts in topography and scale—build familiarity for Burns, but it also foregrounded the site’s implicit &#96;energetic’ (rather than explicit, topographical) register—what François Jullien called, writing about strategy in Chinese thought, the &#96;breath of the landscape’, its chi:1 the force-lines that crisscross and permeate a place, activating or neutralizing it, constituting its ambiance or atmosphere. Among multiple possibilities, Burns settled on just this knoll. Its power lay in how it seemed to strengthen the landscape by gathering it, by collecting its potential in one place, then radiating that potential in a manner inexhaustible. As with the concept of &#96;borrowing views’ in Chinese and Japanese landscape design, here the Chapel might borrow, or capitalise on, the innate strength and propensity of

this site, turning it to advantage, refracting it inwards to charge the space of the Chapel, illuminating the experience of being within its embrace. This knoll features several monumental boulders, spaced apart; and a fine stand of trees around them, with tall trunks and dense foliage. In the midst of the knoll, was a faint clearing; and this place presented itself as a &#96;natural, &#96;logical’ and &#96;inevitable’ location or locus for the Chapel. In the event, only two trees were lost and all boulders retained. The positioning of the Chapel implied itself in the voids and the interstices, as an in-between place: architecture as a clearing within a clearing. The building opens up this clearing in several ways. It settles into the clearing—marginally and firmly at the same time. It runs a boundary to sheath an interior: a space for contemplation. Externally, between this boundary and the edge of trees and boulders within which it is set, the Chapel opens up a further intermittence, a zone of reflection and refraction: between the arcane, mossy and scarified surfaces of rocks and the interventions of smooth concrete, water and dressed stone; between the monumental concrete walls and the foliate canopy; between the fine grained, intricate adjacency of the garden and the remote, distant views across the Ave valley. Within these interstices a constant dialog plays out: acoustic (echo of wind on water, of water rushing or falling across rough stones, of the rustle of leaves: the resonance of place); visual (shadow of foliage on the bare concrete expanse of high walls profiled against the sky, framed prospects of landscape against building over-against landscape, straight edges and swelling or contracting curved surfaces read against the imbricated network of leaves or the turbulence of a ground rising and falling, shored-up by tree trunks and granite boulders). The Chapel sets up a charged space between itself and its circumambient environment, and in the event dissimulates itself: the parabolic sweep of a concrete roof—wet and reflective—becomes indistinguishable from the sky; the singularity of the building’s deliberately geometric perimeter fractures into an interminable series of vignettes where building and landscape, content and context overlap, juxtapose and become indeterminate. During these (passing) moments, architecture disappears and withdraws, so that place might advance and come into its own. With a setting so tightly calibrated to its ambient environment, one can imagine the radical differences of effect and affect between winter and summer: leafless canopies and moistness in the air dissolving the materiality of the Chapel, rendering it translucent, dilating the interstitial spaces between forest and wall; or dense

OUR MOST SPECIAL THANKS TO 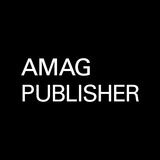