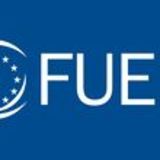 In Europe more than 90 languages are being spoken. There are more than 300 autochthonous minorities and regional or minority languages. FUEN is the largest umbrella organisation of this group of European citizens, comprising each seventh citizen on the continent. FUEN – founded more than 60 years ago in Paris – sees itself as advocate of the European minorities. But the situations of the minorities differ very much. Some minorities are strong and have many rights, other have to fight assimilation and against them vanishing from the face of the earth. FUEN represents the interests of the European minorities – on regional, national and especially on the European level. We work together with the European Union, the Council of Europe and the United Nations.