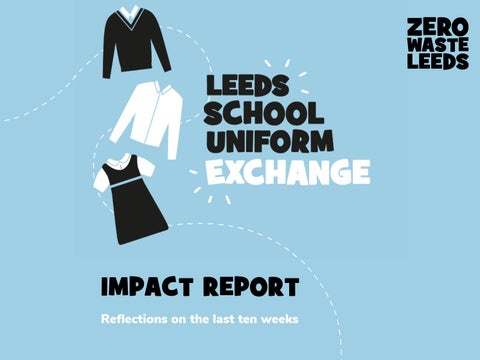 uniform the first choice in Leeds! It's part of our work to help Leeds become a Zero Waste City by 2030.

Using good quality second hand uniform makes sense for so many reasons. It is much better for the planet. Each new item of

clothing made impacts massively on the environment.Â Why waste what we've already got?

New uniform is also expensive and for some families

unaffordable. Why buy new when there is so much great uniform out there?

We're working hard to make it easy for people across our city to get hold of and/or donate good quality second hand uniform.

MAP... WHY IT'S SO IMPORTANT

4,000 tonnes of clothes end up in Leeds' black bins every year. School uniforms are contributing to this problem.

122,000 KG CO2e could be saved if every new school starter in Leeds this year had just one second-hand school shirt or blouse.

2,700 litres ÂŁ348.55 of water to make a is the average spent T shirt - that's on school uniform enough drinking items every year water for one person for three years!

AFFORDABILITY 29,660 children under 16 living in low income families in Leeds

Reduce the environmental impact of school uniform by promoting reuse

WHAT WE HAVE DONE SO FAR 01

Created a map of current uniform reuse projects including full details and how to access them. Over 90 so far! Identified gaps in uniform reuse schemes across the city, particularly in areas of deprivation.

Produced an â&#x20AC;&#x2DC;Inspiration Guideâ&#x20AC;&#x2122; detailing the different ways to run a school uniform reuse project. Encouraging new schemes to set up by working with local organisations and parents.

Set up a Facebook group to help people share their experiences, learn from and inspire each other to set up schemes, as well as to donate/acquire uniform.

Continue to share the environmental impacts of school uniform and volumes of clothing currently wasted in our city via local media and on social media.

mapped and more being set up and added each week

of schools are now covered by a uniform reuse scheme

containing information about all of the schools in Leeds,Â

Equivalent to the CO2 that would be produced from driving around the world 2.3 times

Assuming it takes 2,700 litres of water to make a T shirt

At the start of the 10-week campaign we launched the 'Leeds School Uniform Exchange' Facebook group, which now has over:

REACH OF OVER 450,000 PEOPLE on posts relating to school uniform

FUNDERS We would like to say a massive thank you to Leeds City Council and Leeds Community Foundation's Jimbo's Fund for supporting Leeds School Uniform Exchange.

WHAT NEXT? With more funding, we'd like to: Build a web platform to make it even easier for people, community groups, schools to access good quality second hand uniform, a place to share 'how to' guides for setting up a scheme and the environmental and social impacts of the project. 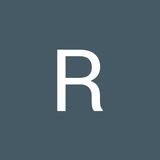 This is a social impact report for the first ten weeks of our Leeds School Uniform Exchange project.

This is a social impact report for the first ten weeks of our Leeds School Uniform Exchange project.