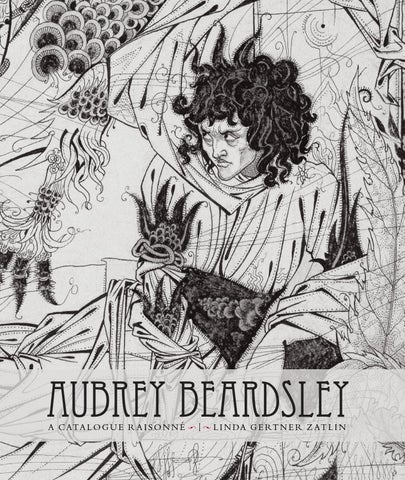 The Rape of the Lock

A Note on the Catalogue

A Note on the Catalogue

The Pierrot of the Minute

Volpone: or The Foxe

A Drawings in letters

B Drawings in books Beardsley owned

C Drawings in the record but without further trace

in a different way from Cézanne, tricking the eye in his own manner by showing the stage and von Weber’s feet from above and his figure flattened against the picture plane (for example, nos. 252 and 330 below; Zatlin 1997, pp. 129–30). The whip-like lines extending outward from that border will reappear in a more simplified form on the cover of Ernest Dowson’s Verses (no. 1055 below). By the time he made this drawing, Beardsley would have known Burne-Jones well enough to know that he scraped his paint to achieve highlights, a technique that may have stimulated Beardsley to use scraping in his drawings, as he does here, to simulate texture. Beardsley would develop this style during 1892. He later made another drawing of von Weber (no. 1028 below).

A portrait of the German composer Carl Maria von Weber (1786–1826), who like Chopin died young of tuberculosis. As in the drawing of Klafsky (no. 252 below), Beardsley tilted the floor, making it seem that von Weber is standing on a raked stage just behind a rug or a border that matches the one at the top. Similar to Japanese designers who placed figures against a background in such a way that the image appears to be merging with the scene behind, Beardsley created the same effect with this drawing. Von Weber may be on a raked stage, but the curving lines of the fanciful ground resemble wall rather than floor decoration, he has no shadow, and his cane seems too short for him to be leaning on it. Weber’s body, therefore, appears to float against a flat backdrop rather than to stand in front of a curtain on a stage. Moreover, in this early drawing – as in Klafsky, Virgilius and John Lumsden Propert – much less complicated than later ones, Beardsley defied both gravity and spatial placement

Pen, brush and Indian ink over pencil on white paper;

i n s c r i p t i o n s : Verso laid down on brown paper from which drawing has been partially torn away:

Woman in the Snow holding Roses

The trees lack foliage, and the white ground suggests snow. Traces of pencil reveal that Beardsley gave the figure of the woman less hair, a thinner neck, higher sleeves and shoulders and fuller sleeves at the elbow; her left hand was lower. 527

Henry Thornton Wharton translated the poetic fragments of Sappho, the sixth-century bce poet who lived on the island of Lesbos. The design is formally divided into three compartments, the whole bordered by a double-ruled frame, typical of Beardsley’s borders. The Greek letter psi, stylised to look like an ancient (late sixth-century bce) lyre, anchors each corner of the cover and emphasises the central design of an equally stylised (1890s) sixstringed lyre, balanced at each side with a psi, dotted to resemble a peacock feather. Two of these small dotted designs also trim the spine. Some suggestion of Rossetti’s early designs without their ‘marked asymmetricality’ pervades this cover (Fletcher 1987, p. 132). It was printed in gold on the front cover with blind embossing on the back cover. This cover design is an example of the manner in which Beardsley’s drawings are ‘all remarkable for their restraint, for meagre or minimal elegance’, an elegance found also in the aesthetic ideal held by poets such as Ernest Dowson and in the graphic art of Charles Ricketts (Reade 1967, p. 350 n.385).

‘Frontispiece for Venus and Tannhäuser’; this or no. 942

(plate 42, where titled ‘Frontispiece for Venus and

‘Frontispiece for Venus and Tannhäuser’); Best of Beardsley

Beardsley was entranced by Richard Wagner’s operas, and he continued throughout his life to make drawings of the composer’s characters at decisive points in their stories. Stylistically, the young artist took cues from Whistler, who divorced morality from art, who advocated Pater’s phrase from The Renaissance that art should aspire to the condition of music, and whose titles were moods, and from Wilde’s dictum, modelled on Pater, that art should not mean, but be (Pater 1873, p. 140; Wilde ‘The Decay of Lying’, pp. 44). In some drawings, however, Beardsley also used symbols. By the summer of 1895, he had become practised at stripping away backgrounds and focusing on figures, adroitly capturing a ‘narrative’ through posture and rapt gaze, here seen in Isolde’s face. Such concentration did not endear Beardsley to the late Victorians, who preferred their art to express a clear narrative and an equally distinct moral. Beardsley places Isolde in front of a red (theatre) curtain, about to drink from the chalice she believes holds poison, but that in fact holds a love potion. Inscribed on the drawing, her name identifies her as Wagner’s tragic heroine. The poppy-shaped flowers with their vibrant green leaves and the ‘exotic butterfly’s wing’ outline of her hat intimate the transience of her life (Reade 1967, p. 351 n.392) as does the grey outline of her figure. Her clothing calls to mind other Beardsley women. Her hat, for example, is reminiscent of Salome’s hat in The Peacock Skirt and The Eyes of Herod, and that of the woman on the right in Black Coffee (nos. 866, 869, 922 above). The style of her gown links her with the New Woman: the suggestively buttoned overskirt, its frilled side panel opening like labia and the soft outline of her gown, emphasised by the bright red curtain, symbolise her adulterous passion. ‘The braided green counterweight of her necklace hangs down her back, a similarly patterned thick bracelet coils around her right wrist. Like the curl of hair on her right shoulder, both pieces of jewellery end in tassels, another Beardsleyan sexual

This four-page letter, known as the Peacock Room letter, contains on page two Beardsley’s beautiful watercolour reproduction of Whistler’s painting La Princesse du Pays de la Porcelaine (1863–5, Freer Gallery, Washington, DC), surrounded by blue peacocks. He comments in the letter: ‘Whistler has a large painting in his Peacock Room. I suppose this is what you mean by the Jap Girl painting a vase.

The figure is very beautiful and gorgeously painted, the colour being principally old gold’ (A8a; Uncollected Work, no. 58). There are five other pen sketches on pages two through four. Underneath Beardsley’s copy of Whistler’s Princesse is a sketch of an allée of trees (A8a) to which Beardsley makes no reference in the letter. On page three are a drawing of Mabel and Aubrey ‘Going through the rooms’, passing a footman standing at attention as they enter to view the Leyland collection of paintings (A8a), as well as a sketch, Beardsley enthuses, of a ‘wonderful little boy in the street (101/2 years old) who draws in

chalks on a large board. Subject a castle and sea surrounding it – done in grand style I can tell you’ (A8a; Uncollected Work, nos. 59, 67). The topmost sketch on page four is macabre: a gallows, from which hangs a skull, is surmounted by a raven in whose elliptically shaped body Beardsley has signed the letter (A8b; Uncollected Work, no. 61). A tiny sketch to the immediate right consists of the longlegged Beardsley seated at a drawing board making ‘enclose[d] Jap sketches. Official performances’ (A8b; Uncollected Work, no. 61). The last drawing on page four shows a grinning painter with limbs

fashioned of pens and nibs, holding a mahl stick (see no. 747 above), palette and brushes (A8b; Uncollected Work, no. 62). In his 1920 memoir of Beardsley, Scotson-Clark recalls that he gave the ‘Jap sketches’ (exact number unknown) to their Brighton Grammar School friend Mr Trist. These, which are lost, could be the three drawings recorded by Hind as belonging with this letter in Uncollected Work (nos. 64, 66, 65) and titled respectively The Dwarf of Philip IV (A8c), Autumn Moon (A8d) and 59 Charlwood St Sunday Midnight (A8e). Scotson-Clark further remembers

thralled artists and art lovers the world over and continue to

of the English artist Aubrey Beardsley. Despite his early death

with a full record of their making, provenance, exhibition his-

tory and references in the art historical literature. This is ac-

In his brief career Beardsley made a defining contribution

companied by extensive discussions of their themes, motifs and

to Art Nouveau in Britain and abroad. He also influenced

symbolism, as well as their critical reception. Unprecedented

the early history of modern art, attracting the attention of

in its scope and thoroughness, this study presents Beardsley’s

the young Picasso, for example. His distinctive and innovatory

work and explores its meanings more comprehensively that

any previous work on him, and is likely to remain definitive.

subject matter, outraged critics and led to a period of intense

presented as a boxed set, is both an essential reference for spe-

cialists and an accessible and enchanting delight for Beardsley

challenged the moral norms of Victorian society. They en- 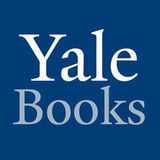