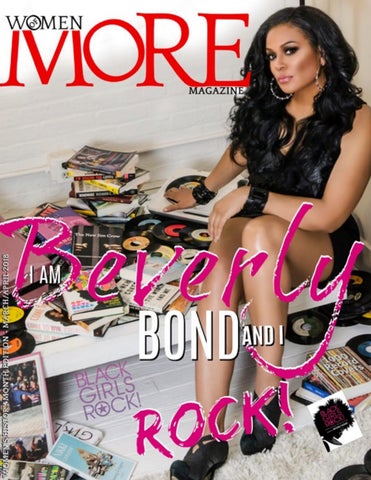 FOUNDER OF BLACK GIRLS ROCK | EXECUTIVE DIRECTOR | AUTHOR Michelle How did Black Girls Rock start? Beverly It was originally an idea for a t-shirt. I thought it would be so cool so I started writing down the names of women who I thought rock -black women who rock. I went all the way back in history up to the current time. It went from Sojourner Truth to Beyoncé and everything in between. And I'm writing and writing, and as I'm writing these names, I’m running out of paper; and I recognize immediately that this is bigger than me. It’s way bigger than me. This is actually an affirmation that we don't hear; but I'm also looking at these names and thinking of how many of these women have not been celebrated or elevated in our culture, and in the world in general, for their incredible contributions to society. I realized I had to create an award show. I had to create something that elevates and honors these women. On top of that, I knew that I needed to do something to help our girls see what role models look like. Because at that time, in 2006, black girls rock, you know, we were sparse. Our presence was very sparse and when we were present, it was very stereotyped or objectified and degrading, or just missing altogether. So, I knew that this would matter and immediately started to plan. I told my friend who was an art director my idea because it was too big to keep to myself. And, we got started. Michelle How did you bring the award show together?

Beverly I think it was our mission and vision that set it in motion. I was already a celebrity DJ, so when I decided that I was doing this, I immediately started talking about it. We were getting a lot of interviews, so I turned that spotlight off my career as a model and DJ to this thing that I was doing. And everyone was so interested. We were still on My Space when I started Black Girls Rock. People would hear about it and just think it was the coolest thing. I equate it to what I read about George Clinton and how he started. He built the Funkadelic Movement. They decided to go on tour and literally while he was on tour, other musicians would be moved by the funk and wanted to join the funk. They got on board and next thing you know, they're in the band. That's how he built so many different parts of that whole Parliament Funkadelic Movement. I feel like that's the way Black Girls Rock organically grew. It was women like myself, women like you, that wanted to know how they could help and what they could do because this has to happen. The black womanhood really supported me from day one. Everybody that heard about it loved it and wanted to be a part of it. That's where the energy came from and it just never stopped. It will never stop. There's so much support from everyone -black women, my sisters -they came from everywhere. Places where I didn't expect. Think about Michelle Obama and how she lent her voice to this book and to the show, and how powerful that was. She didn't have to do that -or any of the women that supported this project. They wanted their voices heard in this movement because they knew how important this movement and project was. Regina King and Gabrielle Union were two of my first hosts on the second award show and they stayed with me. Gabby went to do another show, but Regina stayed with me. And then Tracy Ross came on board. This was all before TV and again, they were just committed to this mission. I used everything around me, my knowledge about culture, and the support came from the community. To listen to the conversation, go to Experience MORE Podcast on: Itunes, Soundcloud, Stitcher, and Google Play.

Omoyeni Makinde is the owner and designer of omoYeni LLC. a jewelry business specializing in the use of semi-precious stones and beads. Omoyeni is a fashionista at heart. Her jewelry designs are reflective of the ever-changing fashion world. She strives to create jewelry that would be one of a kind which is reflective of who you are as well as who she is. Striving to create the best is her goal. "Beading at its Best" "To create a unique style of beaded jewelry that would make you crave more." Omoyeni’s graduated with a degree in Economics from the University of Albany and currently works in Asset- Based Lending. She has used her field to create a business where she can manage the financial intricacies of her business while being able to create through her jewelry. Omoyeni’s love for jewelry making came from watching her mother create many things to match the ever-changing styles and colors of Nigerian fashion. Omoyeni is Nigerian -American and her culture is a strong influence on how her creative juices flow through her jewelry. Nigerian fashion is bright, bold and intricate in nature, which you can say the same of Omoyeni’s creativity. She also believes in contributing to her community. She has volunteered as Citizen teacher at Citizen schools of NYC where she has tapped into the young minds of our future showing them how a small idea can be the basis of a small business and entrepreneurship. Omoyeni Makinde believes in supporting and providing a foundation for our young children to flourish. Omoyeni currently resides in the Bronx and you can say all her jewelry is BRONX MADE. :) 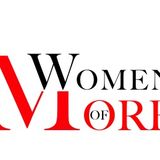 Bond simultaneously created the annual BLACK GIRLS ROCK! Awards to celebrate the accomplishments of exceptional women of color who have made...

Bond simultaneously created the annual BLACK GIRLS ROCK! Awards to celebrate the accomplishments of exceptional women of color who have made...