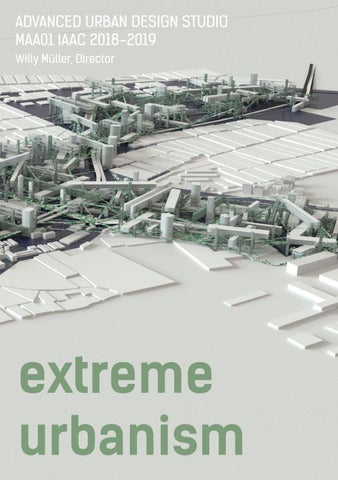 abstract During the first decade of the XXI century we have witnessed one of the most singular demographic events of the last centuries: for the first time in history there are more people inhabiting urban environments than the rural ones. As a consequence, on the one side the exponential growth of many metropolitan populations is reaching levels of unprecedented social complexity, and on the other side the geographical environment in which societies are settled is every time more compromised, insecure and threatened. In the Studios of last years, we have been working in cities like New York, Rio de Janeiro or Hong Kong in order to understand how do they manage an unknown type of urban complexity. In this scenarios, the grade and the type of metropolitan problematics is far from the traditional urban topics of the XX century. We are facing limit situations of obsolescence and change of paradigms, where the classical models of success will not be useful enough. These circumstances are placing in the centre of the contemporaneous urban debate a new conceptual space that we are defining as Extreme Urbanism, an anomaly caused by atrophy, deformity, obsolescence or catharsis that we urgently need to study. This studio works under the hypothesis that the shift of paradigms that this new conceptual space requires is emancipating us from the notion of “generic information” in order to move us towards a field characterised by paying big attention to the very “specific experience”. A specificity that is being developed in an hyperexpanded present, in which past and future have collapsed and blurred our capacity to think beyond the present. Under this conceptual space, the theoretical frame in which we will narrow down our discussion will be based in the emergence of 6 new modes of urban mobility: the Unprogrammed Mobility, the Km0 Mobility, the Induced Mobility, the Hiper-connected Mobility, the Autonomous Mobility and the Nogistical Mobility. These new modes of Mobility will operate as the basic hypothesis under which we will unfold two design exercises: on the one side we will explore how to design ex-novo micro-cities, and on the other side we will apply this formal research on a real case study: Mexico City and its brand new mobility infrastructure called “Segundo Piso”. The city will give us the opportunity to design not only new urban tactics but architectural projects, paying close attention to emergent design processes associated with Data Collection, System Optimisation with Genetic Algorithms, Permutation of solutions through Parametric Systems and Generative Systems Design Language.

In these first twenty years of the 21st century, we have witnessed the emergence of ten new urban paradigms that reconsider in different ways our understanding of cities. Based on Kuhn’s notion of “paradigm shift”, the Studio bases its research in a contemporaneous urban approach in which the categories that we have been using during the 20th century are not valid anymore. Rather than a resilient strategy that resists Status Quo’s change, the Studio promotes a radical transformation aligned with the new social, economical and political condition of 21st century cities.

06 new systems of mobility During the first decade of the XXI century we have witnessed the emergence of new modes of transportation that have the potentiality of completely subvert the way we move in our cities. Six main transformations in the field of urban mobility are going on. First, mobility is not anymore rigidly related to a particular spatial schedule, but it is un-programmed, that is to say, it varies its trajectories in real time data. Second, the multiprogramation of cities is putting on the table the notion of Km0 mobility, in which the capacity of cities to perform more than one activity in the same zone reduce the need for transportation. This has to do with the third point: logisticness mobility, in whihc the amount of infrastructures required to move within the cities is being dramatically reduced through the use of new mobile devices as drones. Fourth, hyper-connected mobility permits an understanding of transportation which is way more optamised and approachable given the real time control that devices such as the smartphone are able to provide as. Fifth, mobility is becoming autonomous: the emergence and generalisation of the driveless cars permits a mobility that doesnâ&amp;#x20AC;&amp;#x2122;t need to constantly be under human control. Finally, mobility in the XXI century representes a multi-speed mobility, in which we range from the high speeds of the hyper-loop to the low speeds of the bike. One of the main challenges in this studio consists in coordinating these six new modes of mobility under a single urban tissue.

Mexico City Segundo Piso Mexico City is one of the cities in which the notion of extreme-urbanism seems more pertinent. Its sociological and geographic parameters are critic in almost all its dimensions, presenting recursive anomalies in basic ambits such as dwelling, mobility or public space. In his context, one of the operations that has been more polemic due to its political, economical and ecological price is the mobility infrastructure built in the last 20 years and called “Segundo piso”. It consists on a colossal operation whose main purpose is to facilitate the traffic within city’s context, although to circulate on it requires the payment of a variable amount of money. This implies that the infrastructure, built with public money, it can only be used by a certain sector of the mexican population that can afford its price. Because of this reason, the ecological cost of its construction and the speculative practices that have arised around it, there is a profound debate in Mexico’s society in order to understand which should be the future of such a gigantic urban artefact, and in particular, how it can be adapted to the new modes of mobility that the XXI century is witnessing.

Inter-Loop is an extension and advancement to the chaotic infrastructure system of Mexico City. Situated on the outskirts of the Metropolis and within reach of the airport, it acts as a new interchange between various mobility modes, functioning at metropolitan, regional, interregional and international scales. The urge for updated infrastructure also leads to a new method of integration to the urban fabric. Inter-Loop not only sets a new standard for transportation but also to the neighbouring developments. The masterplan is dictated by the transportation spine, the center of gravity for project, defining its densities, functions, design and connections.

Tomorrow City is an Urban Intervention based in Mexico city, it explores the possibility of how the context can be used as a canvas to build upon and taking in to consideration the Segundo Piso. In a dense urban fabric such as Mexico City, where there is scarcity of available real estate for new Construction, Weave looks towards activating the rooftops of existing infrastructure by creating a new network of built mass with social housing as the main function.

Sky Park District is an urban intervention in Mexico City, conecting secundo piso to suburbian areas and creating a new urban tissue in the undeveloped area of the zone. The project is based in the turning urban devices characteristic of the urbanism develop in Brasilia.

Situated in the dense urban fabric of Mexico City (CDMX), (dis)continunity explores the concept of activating the public realm above and below the mega highway of CDMX, the Segundo Piso. Through enveloping the highway in programme, the project proposes to tie the private and public realm through the creation of multi-tiered civic spaces challenging traditional notions of exclusivity above the ground floor.

The project consists on an urban intervention in Mexico City over the secundo piso. It spreads its tentacles through the city in order to produce a double phenomena: on the one side, it facilitates the connection within the neighbourghood, and on the other side, it increases the inhabitational density of the area.

Urban intervention in Mexico City, in particular in the suburban area. The main purpose of the project is to conect the existing roadways of the city in between them, in order to avoid sectorisation.

The urban intervention proposed in Mexico City over the secundo piso is meant to spread and connect the area with a brand new residential area. Its development is based on a restructuration of the Garden City.

The project consists in an urban Intervention in Mexico city that reconnects several urban areas that have been divided by the infrastructure. It does so through a formal logic extraced from a refugee camp and that densifies the mexican zone.

The project consists in an urban intervention in Mexico city that incorporates a green network as a first floor between the segundo piso and ground. It introduces methods of Self sufficient food production through available technical devices in todayâ&amp;#x20AC;&amp;#x2122;s technology, while producing a hyper-dense housing development.

The project is based on an oil urban infrastructure: Neft Dashlari. The intervention in the city of Mexico consists in the reintegration of a preexisting urban fabric that has been divided in two because of a train rail systems that is passing in the middle.

Prefabricated City is a triangular intervention in the intersection of the existing infrastructure in the Mexico City called as Secundo Piso. This new intervention acts as a multi use urban space by merging the public and private spaces with the existing road networks and the architectural spaces. This urban fabric mainly focuses on considering the road networks as pedestrian friendly by creating ramps and buidings masses at different levels along with the secundo piso.

The project proposes a direct connection in between the buildings and the segundo piso, while extending the present urban development towards a empty area in the periphery of Mexico City. 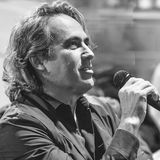