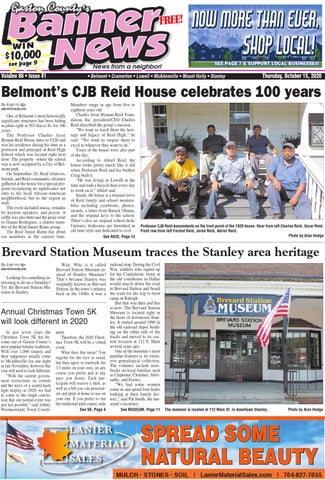 News from a neighbor!

One of Belmont’s most historically significant structures has been hiding in plain sight at 301 Sacco St. for 100 years. The Professor Charles Jesse Bynum Reid House dates to 1920 and was his residence during his time as a professor and principal at Reid High School which was located right next door. The property where the school was is now occupied by a City of Belmont park. On September 20, Reid relatives, friends, and Reid community citizenry gathered at the house for a special program recognizing its significance not only to the local African-American neighborhood, but to the region as well. The event included music, remarks by keynote speakers, and prayer. A raffle was also held and the prize went to Gianni Rodriguez, a charter member of the Reid Junior Rams group. The Reid Junior Rams has about ten members at the current time.

Members range in age from five to eighteen years old. Charles Jesse Bynum Reid Foundation, Inc. president/CEO Charles Reid described the group’s mission. “We want to teach them the heritage and legacy of Reid High,” he said. “We want to inspire them to excel in whatever they want to do.” Tours of the house were also part of the day. According to Abriel Reid, the house looks pretty much like it did when Professor Reid and his brother Craig built it. “He was living in Lowell at the time and rode a bicycle here every day to work on it,” Abriel said. Inside, the house is a treasure trove of Reid family and school memorabilia including yearbooks, photos, awards, a letter from Barack Obama, and the original keys to the school. There’s also an original school desk. Upstairs, bedrooms are furnished in old time style and dedicated to civil See REID, Page 13

Looking for something interesting to do on a Saturday? Try the Brevard Station Museum in Stanley.

Wait. Why is it called Brevard Station Museum instead of Stanley Museum? That’s because Stanley was originally known as Brevard Station. In the town’s infancy back in the 1800s it was a

Annual Christmas Town 5K will look different in 2020 In just seven years the Christmas Town 5K has become one of Gaston County’s most popular holiday traditions. Well over 1,000 runners and their supporters usually come to McAdenville for one night in late November, however this year will need to look different. “With the current government restrictions on crowds and the news of a scaled-back light display in 2020, we had to come to the tough conclusion that our normal event was just not possible,” said Ashley Westmoreland, Event Coordi-

nator. Therefore, the 2020 Christmas Town 5K will be a virtual event. What does that mean? You register for the race as usual, but then agree to run/walk the 3.1 miles on your own, on any course you prefer and at any pace you desire. Each participant will receive a shirt, as well as a bib you can personalize and print at home to use on your run. If you prefer to run the traditional unlit course, mile See 5K, Page 4

railroad stop. During the Civil War, soldiers who signed up for the Confederate Army at the old courthouse in Dallas would march down the road to Brevard Station and board the train for the trip to boot camp in Raleigh. But that was then and this is now. The Brevard Station Museum is located right in the heart of downtown Stanley. It started around 1990 in the old railroad depot building on the other side of the tracks and moved to its current location at 112 S. Main several years ago. One of the museum’s most popular features is its extensive genealogical collection. The volumes include notebooks on local families such as Carpenter, Clemmer, Abernathy, and Forney. “We had some women come in and spend four hours looking at their family history,” said Pat Smith, the museum’s secretary. See MUSEUM, Page 11

The museum is located at 112 Main St. in downtown Stanley. 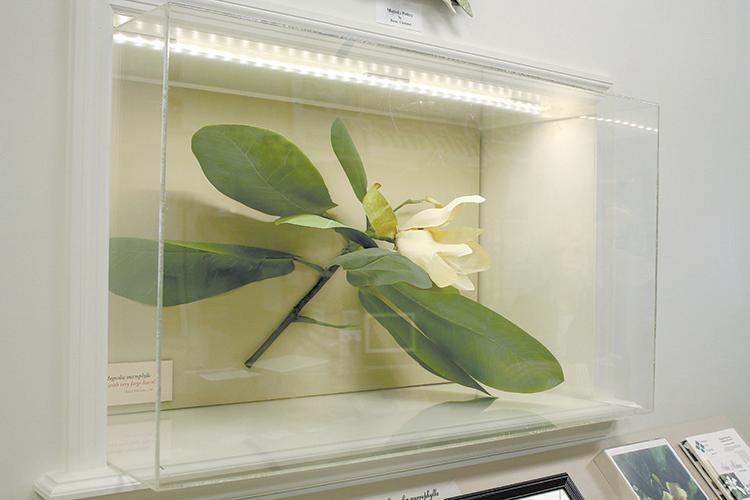