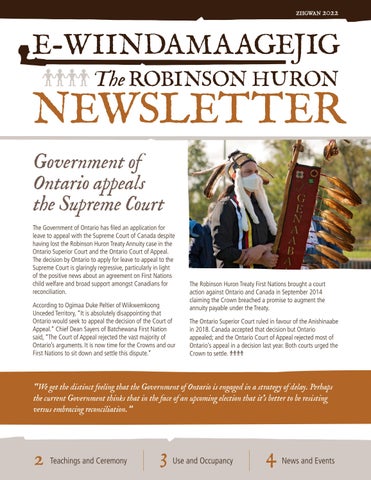 Government of Ontario appeals the Supreme Court The Government of Ontario has filed an application for leave to appeal with the Supreme Court of Canada despite having lost the Robinson Huron Treaty Annuity case in the Ontario Superior Court and the Ontario Court of Appeal. The decision by Ontario to apply for leave to appeal to the Supreme Court is glaringly regressive, particularly in light of the positive news about an agreement on First Nations child welfare and broad support amongst Canadians for reconciliation. According to Ogimaa Duke Peltier of Wiikwemkoong Unceded Territory, “It is absolutely disappointing that Ontario would seek to appeal the decision of the Court of Appeal.” Chief Dean Sayers of Batchewana First Nation said, “The Court of Appeal rejected the vast majority of Ontario’s arguments. It is now time for the Crowns and our First Nations to sit down and settle this dispute.”

The Robinson Huron Treaty First Nations brought a court action against Ontario and Canada in September 2014 claiming the Crown breached a promise to augment the annuity payable under the Treaty. The Ontario Superior Court ruled in favour of the Anishinaabe in 2018. Canada accepted that decision but Ontario appealed; and the Ontario Court of Appeal rejected most of Ontario’s appeal in a decision last year. Both courts urged the Crown to settle.

“We get the distinct feeling that the Government of Ontario is engaged in a strategy of delay. Perhaps the current Government thinks that in the face of an upcoming election that it’s better to be resisting versus embracing reconciliation.”

Traditional Teachings and Ceremony Used to Guide Litigation Teams Court Strategy Back in 2017, when the 21 First Nations in the Robinson Huron Treaty decided to organize and bring their grievances in front of the courts about the government’s failure to increase the annuities, the team also decided to bring in a spiritual advisor aboard to help guide their decision-making process. Leroy Bennett Anishinaabe’s name is Hummingbird, and he is part of the Bear Clan. Bennett is a Cultural Consultant and ceremony facilitator who has done work at the local, national and international levels. Bennett accepted tobacco from the litigation team to do the work and initial ceremonies had begun the relationship building process. After the initial ceremonies had preceded and the first day in court, Bennett realized that the team must adopt a strategy to help influence the courts, governments and everyday Canadians perspective to bring a favourable and balanced view to the litigation court case. Not an easy task, especially when Indigenous people in Canada face many challenges such as colonialist government legislation, systematic paternal influences and mainstream media that perpetuate negative stereotypes about Indigenous people. Bennett stressed that sharing and understanding would be vital in moving forward in a good way. “Key word is sharing,” said Bennett, “Sharing a better understanding of who we are as Anishinaabe people to counter those negative stereotypes. We share our teachings with the courts and the governments. Our legal counsel also participated in ceremonies to help bring a balanced Anishinaabe view to the table.” “Being able to understand clearly and coherently, we must remove the colonial labels that have diminished us with prejudice. This process involved Anishnawbek ceremonies and teachings and balanced a proper perspective of who the Anishnabek are,” stated Bennet.

He also said the paternal influences among the court process and systems are apparent in the proceedings and hierarchal structures of the law. This structure counters what Anishinaabe teachings are, where the Anihsnabek women used to have a crucial voice in the vital decision-making process that affects the community. “The voice of our women was silenced, but the women of our nation used to have an equal role in what needed to happen,” said Bennett. He also says we need to have a balanced approach against the colonial structures as the court case moves forward. Bennett feels that things are changing, albeit slowly.

“Being able to understand clearly and coherently, we must remove the colonial labels that have diminished us with prejudice.” Bennett said that we must give our ceremony the dignity it deserves as a responsible treaty partner. It takes years of understanding and sacrifice to earn the right to do ceremonies, sweats and fasting, and no one is exempt from those spiritual laws. He emphasized that now, more than ever, we all need to understand better our sacred teachings behind the drums, pipes, songs and ceremonies, so they are not used for inappropriate reasons. Bennett recognizes that it has been the people’s prayers that helped the litigation team move forward. It is going to be through their continued prayers and faith that will lead the litigation team heading into the 3rd phase of the court proceedings.

So, if you or someone you know has harvesting experience in the RHT area, we’d love to hear from you!

If you’d like to participate in the UOS or would like to discuss the project further, contact your Band’s Land Department or Stefanie Recollet, UOS Analyst, at Stefanie@waawiindamaagewin.com or 705-919-4836.

Note: Open to RHT members only. You can learn more about the project online at waawiindamaagewin.com/uos.

Research Design Workshops have been completed, the Data Collection Manual has been drafted, and our base maps are ready for testing. Research Design Workshops plan the parameters of our study, and the Data Collection Manual is our collection of base maps and interview questions for participants. The testing phase will refine our Data Collection Manual and will take place in April 2022. Eighteen top harvesters from the Treaty area will undergo an interview to test the study methodology. Any tweaking that needs to be done will ensure we have the best dataset for our community’s uses long into the future. It will be important information for protecting the lands and waters of our Treaty Territory as well as our Anishinaabe rights and interests. We will begin the larger data collection blitz at the end of the summer and in the fall 2022, where we want to interview as many Anishinaabe harvesters from the Eastern Region as possible. We are targeting 350 nish!

Sample map biography—what one Sagamok member mapped during his interview. This map has been shared with expressed permission by the Respondent for the informational purposes of this brochure. It and any version of it, is property of the respondent and may not be viewed by unauthorized persons, duplicated, or distributed without his or her permission.

News and Events Treaty Governance Forum To those who joined us on February 1 and 2, 2022, thank you for participating. When we organized this gathering, we were hoping to provide participants, our Chiefs, Councils, community members and beneficiaries an opportunity to gain some foundational knowledge of our ancestral governance and where it originates. Elder Fred Kelly from the Anishinaabe of Treaty #3 area presented on where our governance system comes from, our responsibilities and obligations to Aki in living up to our own Treaty with all living things. His full presentation can be found on the Robinson Huron Waawiindamaagewin website, as are the videos of the other presenters. John Borrows delivered a presentation that built on Fred Kelly’s and provided additional insight into how our ancestors observed all our relations and used those natural orders to conduct ourselves and our relationships. He explained how the Anishinaabe language intimately ties our relationship to the land and then outlined our obligations to maintain those relationships. Emmanuel Brunet-Jailly is a professor of Economics and shared with us INAC funding models and how these models can constrain First Nation communities. He is focused on developing better social science knowledge on boundary lines, borders, borderlands, frontiers and border regions, including urban borderlands and large cross-border urban regions. Darryl Leroux, a professor at St. Mary’s, delivered an eye-opening presentation on the Métis and how their current mode of operation will impact Treaty communities and their relationship with the Crown. Their method of the one root ancestor with no cut-off generates opportunity for many to claim Indigenous identity brings to light how this is creating a group of people that will fight for section 35 rights. In doing so, they are objecting to challenges by Status Indians and communities who are fighting for their inherent rights. This matter is more than likely to make its way back to the courts.

Save the date: TREATY GATHERING

Robinson Huron Waawiindamaagewin and the Robinson Huron Treaty Litigation Fund are excited to announce the 2022 Treaty Gathering, to be held in Nipissing First Nation, from September 7th to 10th, 2022 (dates tentative). The gathering will be co-hosted by Nipissing and Dokis and will be a hybrid event. Stay tuned for more updates and details!

Read all about the 2021 Treaty Gathering on page 50 of the E-Wiindamaagejig, which is available on the RHW website.

We would like to welcome you to our first edition of our quarterly newsletter. Produced in conjunction with the Robinson Huron Treaty Litigation Fund, we aim to keep you informed about the annuities case and the work being done at Robinson Huron Waawiindamaagewin. Miigwech for reading! 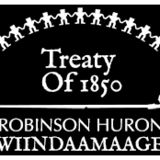 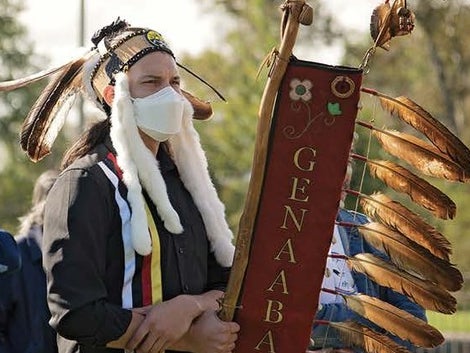 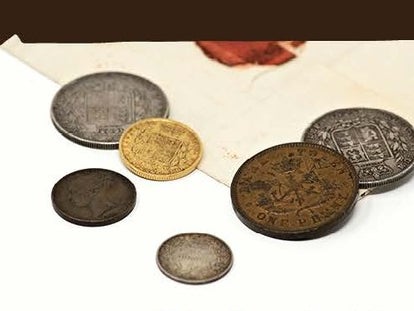 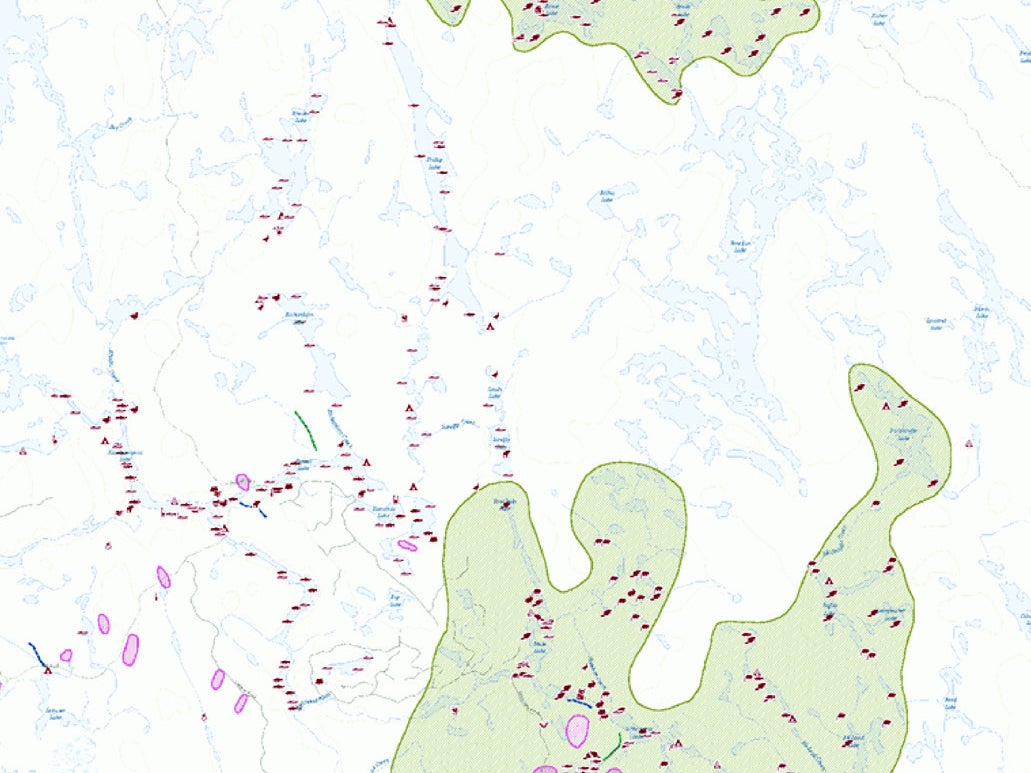 Use and Occupancy Study 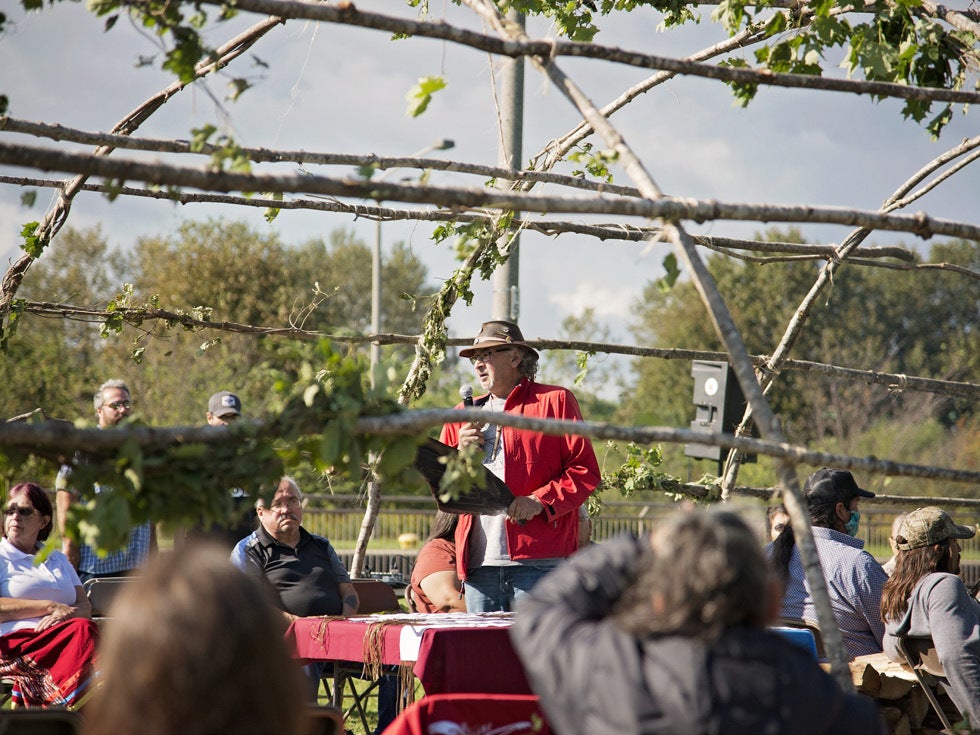