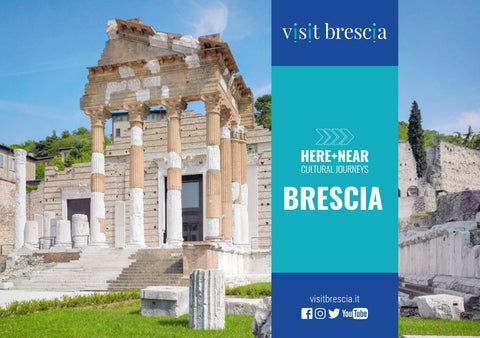 Monastic complex built during the Lombard domination on top of an area previously occupied by large Roman villas. It includes the Lombard basilica of San Salvatore and its crypt, the Romanesque oratory of Santa Maria in Solario, Coro delle Monache (Nun’s Choir), the 16th century church of Santa Giulia, and the cloisters. It is listed as UNESCO World Heritage site.

The largest Roman Archaeological Park in northern Italy includes the Capitolium Temple - with the extraordinary bronze statue of the Winged Victory -, the Theatre, rests of thermal spas, and the Basilica. Completely accessible and equipped with augmented reality, it is included in the UNESCO World Heritage list.

Large fortress built between the 14th and 16th centuries. It is in the heart of Brescians thanks to its nature, the breathtaking view, and a year-round calendar of events. Moreover, inside the castle are an astronomical observatory, a railway model, and the Luigi Marzoli Arms Museum. A must-do visit is the dungeon tour accompanied by speleologists.

It was established in 1747 by Cardinal Angelo Maria Querini, which also commissioned the building in which it is housed. This significant book collection includes the “old fund” with 150,000 volumes, among which are 1,158 incunables, 8,386 cinquecentine (books printed in the 16th century), and 10,000 manuscripts - including illuminated codes and documents.

It includes the buildings that symbolised civil and religious power during the Middle Ages. Broletto, with Pégol Tower and Loggia delle Grida (balcony of cries) and Duomo Vecchio (Old Cathedral), a rare example of Romanesque architecture with circular layout. Between these two buildings stands Duomo Nuovo (New Cathedral), built starting from 1604 and completed in 1825 by Vantini.

This Venetian-style square is dominated by Loggia Palace, built between 1492 and 1570 with contributions from Palladio and Sansovino. On the east side are elegant porches with the Clock Tower surmounted by two automatons who strike the hours. On the south side stand Monti di Pietà (pawnshops) connected by an elegant loggia, with several engraved marble slabs dating from the Roman Age inserted in the wall.

Built in the 13th century, it has a late Romanesque façade with a large rose window. The three naves are decorated with frescoes and the side altars boast important works by Moretto and Romanino. Don’t miss the small Madonnina cloister and the big cloister with Verona red marble columns.

Designed by Piacentini, it was opened in 1932 according to the new Fascist urban plan. On the north side stands the imposing Post Office. On the west side, 60-metre high, is one of the first Italian skyscrapers. Torre della Rivoluzione is on the east side. Arengario (speaker’s stage) is decorated with bas-reliefs narrating the history of Brescia.

Built in 1810 on top of the ruins of Accademia degli Erranti, it is in Neoclassic style and has five orders of boxes and frescoed balconies, enriched by stuccos and gilded decorations. The Ridotto room is the most noteworthy example of Brescian rococo, with its abundance of frescoes, gilded stuccoes, and mirrors.

This sumptuous palace was the home of the Tosios, who commissioned to Rodolfo Vantini the design of harmonious, sophisticated rooms to house their important art collection, which they donated to the city upon their death. Since 1908, the building has housed the Ateneo of Brescia.

Important art collection - Raphael, Savoldo, Moretto, Romanino, Lotto, Ceruti, Hayez, Thorvaldsen, and Canova are among the best known names - ranging from the late Gothic Period to the beginning of the 19th century, with a noteworthy section on Brescia’s Renaissance painting, in a spectacular display.

To learn about more cultural journeys in our province, scan this code with your smartphone

Explore the cultural highlights of Brescia. 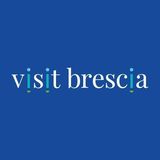