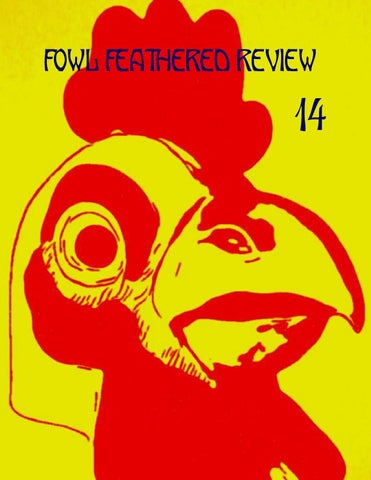 I fell in love with a girl I met in a dream last night. Even though she does not exist she is the realist love I have ever had. A symbol maybe that life changes like the stages of a butterfly. One part ends and another begins. The last time I saw her she did not speak to me but she looked back as she walked away. All I need to do now is go and find her. As she wants to be found even if she does not exist in this world I will look and even ask too. And just maybe I will find her

Benevolent argumentsdelivered by old tongues deserve unfortunately a prompt rejection and automatic flowing down to the floor from the cavities of the new ears, as these don’t hold water to the eyesjust opened in a fresh morning brought about by an innovative sunshine to witness one another as shameless to have an axe to grind always and as careless to the feelings of the old hearts. ‘’Mind your own business’’ the sharp sound wave pierces the old tongues habituated to have a finger in their pie, whether fresh or rotten holding their heads high the fresh hearts

hold their pie good and have the cheek to show the burnt eyes a white pigeon nesting in the gap existed between the new and the old hearts termed and nurtured of late as the generation gap to make many brimful hearts totally vacant .

It is promised by its two feet to a body to be fit always without staying united, side by side and hand in hand rather they cross each other, quite non-stop in the luminous days and dark nights until they reach and touch the red ribbon carrying their boss-the bodymaybe tired, hungry, thirsty and dozy on the racing track making themselves well trained to be heterogeneous forever cutting their injurious homogeneous hearts out of the body and wheelsfor a logical program to move forward with all honesty for keeping the promise alive to pull the destination nearer to the hopeful body and to unite the other auxiliaries too by their benevolent separation from each other.

Make Chicken or Be Chicken “Make chicken or be chicken” the alluring title of the drama wherein wethe peculiar are ambidextrous to perform the double role as both active actors and passive audiences with no exception the shortest finds nothing in the dust but a chicken in his heart to roast and have it, the shorter makes the shortest a chicken and eats it, the short spoils no time to make the shorter a chicken to swallow it up and the way too for tall, taller and tallest to come in and join in the self cooking feast except the tallest who comes out unchanged appreciating the taste of the taller-chicken forgetting the sun- the super superlative and his watching to the proceedings who is definite to say, ”Now it’s my turn”.

The Twin GuardsSagacity and Discernment warn in the same tune showing a skull floating on the cross of bones. Hence, the eyes are taken back and kept inside with care shutting the window down, the flying flag is brought down, with great affection folded up and kept inside the locker for using it in timely flight, yet, the mind, the dogmatic child , longs for the same again and again ignoring the hymn of compromise, ‘’All is well’’ and revolts at last manipulating the five senses to arrive at a cartel and provokes them too to be unbreakable until their reaching and touching the prohibited fruit breaking all the fences by turn constructed one day with great care by Sagacity and Discernment.

Above in the sky a great refulgent floats exposing the fleshes of mild smile and the shedding of hidden tears, below the jumping feet a vast marshy land lies swarming in playful and lazy lives participating in hide and seek with two contradictory questions, ‘’Where to hide in the light? ’’ But they are hidden at last, ‘’How to seek in the darkness? ’’ Surprisingly all are sought out and accepted as the instances of happiness and sorrow as per their length of sun-bound outstretching arms and their over or under stepping feet remembering their popular techniques of swinging from one branch to another, hanging with a big bee-hive,

swimming along with a vegetarian whale and floating on the grace of God making the choice-making unabated as these are wished by the capricious heart, governed by the skeptic brain and sometimes polished by the gold-plated brush of the old-aged soul.

It passes through the air of summer heat With a vast array of colors complete Ranging from blue, red, yellow and green. No eyes can count the flaps from each wing As itsâ&amp;#x20AC;&amp;#x2122; swift movements are strokes that bring It closer to the touch of clouds serene. Within the atmosphere where it flies, It is freed from the gaze of human eyes As it is reaching a range of mountains tall. From great heights above the mortal world, A single birdâ&amp;#x20AC;&amp;#x2122;s vision is now unfurled As other forms of life are becoming small.

In early hours of a morning just begun, A form of freedom reigns without a single speck. From out of clouds, a dove appears below the sun Transcending worthless values creatures wreck. Although shadows of vice are spread across the land, A single dove remains immune to what is bland Or what is false as she is passing through The air of human lies as fading residue. Not a single word of hate can penetrate The flight of wings resisting falsity As she aligns herself with values straight Across a path imbued with clarity. High above the world, she avoids the stain Of lies which plague the creatures who are vain.

Her hand is upon mine with power no other hand can evoke As she instils a sense of smoothness which I acquaint With the kind of genius existing in a master brushstroke From an artist who is empowered to rule with paint. The feel of her gentle touch is pulsating through each vein As creative strands are emerging inside my brain. Her hand endows me with the skill to form the trunk of a tree With diverse strokes of brown color which blend in harmony. As I mix blue and yellow to form the color green, Her hand is leading mine back to the canvas as a guide.

The sight of leaves sprouting up is beauty most serene Complimented by a set of branches which spread out wide. With Beautyâ&amp;#x20AC;&amp;#x2122;s touch endowing me with skill I apply Upon diverse parts of a canvas, I begin to paint the sky. From out of a cloudless blue, the sun has now emerged Upon a masterpiece where strands of Beauty have converged.

Beside me she stands with her hand holding a key For the door to a house which I long to see. As rays of the sun sparkle on the keyâ&amp;#x20AC;&amp;#x2122;s surface, I comprehend this event and its main purpose. I perceive how my hard work and savings have grown Into a source of hope to buy a house of our own. We take our car and travel on a quiet road With the intent of reaching our new abode. Although it will take a span of years to pay off a loan To keep this house, I believe we shall not be alone. As Wisdom brings illumination to those in great need, I place my trust in providence from a higher creed.

From a distance, I see our new house on a hill As the world between it and us appears to be still.

4 Poems by Ilhem Issaoui A letter to a stranger (1)

Dear thenceforward stranger I have never possessed the ability and art With which you command language With which you twist the heart Mingle feelings and tear the chords of the senses Relentlessly Andâ&amp;#x20AC;Ś Perhaps, never will I It is a silent night and I have no slightest intention to disturb you

To steal the pillow under your “merciful, “gracious” head But … I am a volcano I am a suppressed pathetic hapless frigid volcano And each time I dare speak Words betray me Doom betrays me Time, place, earth, heaven Even winter, Betray me And I do know that I shan’t be healed And I do know that you master the art of engraving Thus, I beg thee Engrave me …

A letter to a stranger (2) dear thenceforward stranger I hope my letter finds thee well I hope robins stilth knock on thy window and that thee sleep on the tunes of cheerful cherubs and the glinting of orbs for they left mine nay!!! it is windy they say it is windy and chaotic like the one who is under my skin like the shrapnels of me scattered hither and thither mourning endlessly endlessly endlessly

a letter to a stranger(3)

dear thenceforward stranger call it a confession a moment of madness that shan&#39;t be healed nor defined albeit I am as sure as the breath that has long ago left the lungs of mine that this love is my pure and only everlasting ordeal

and its words I hope Would enter the heart I was incapable of owning They would warm you On a day chilling likened to my tears but I shall not be there a mirage a faint spirit how heartless how shattering how saddening you won&#39;t know that have been penned about that words were inked for you only and for you only they shall ever be...

Contributors Subomi4dayz is real. He sets the standard you aspire to. Cheyenne Kaleo Heath is skillful, adventurous and facetious. But this is all just a facade, a mechanism to deal with his ugly past. Pijush Kanti Deb is a new Indian poet with more than 230 published or accepted poems and haiku in more than 72 nos of national and international magazines and journals My name is Jason Constantine Ford. I am from East Perth, in Western Australia. On Monday to Friday, I spend my days working behind the counter at a bookshop. I spend most of my nights doing poetry. My major influences are William Blake, Edgar Alan Poe and Gerard Manley Hopkins. The vast majority of my poetry is rhyming poetry as I am dedicated to the cause of poetry that rhymes. Ilhem Issaoui writes from Tunisia. Pijush Kanti Deb has been published in fine magazines such as Tajmahal Review, Down in the Dirt, Poetic Monthly Magazine, and many others.