A this is final ffr13 pdf 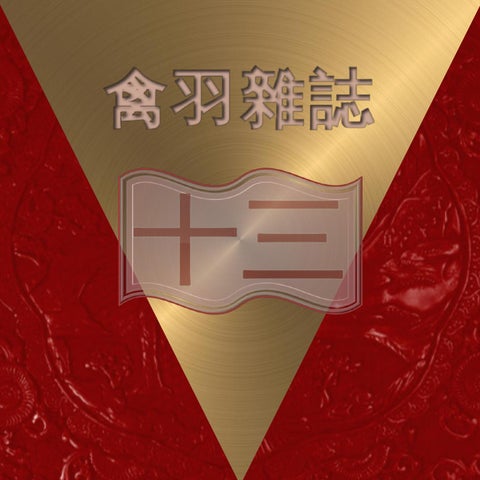 My first language My first language was split in two by a white light that revolved around my head like a halo the luminescence sparked down like rain drops lit from within. My first word was star, a real white prism of light that lead me up to a cloudless sky. A silver and blue nebula followed me around like a child dragging a blanket behind her.

Cells You changed the shape of my cells,

the way in which my cells moved, the way the blood touched my cells. You are a real magician firing dull blanks into the night it was just like the 4th of July without colors. Women in curlers and men in their white underwear came outside to investigate the commotion but you had already drifted away like a ring of smoke no longer clinging to the air.

At the roots You tore my soul at the roots like an out of control weed. My dreams condense into thick, matted pieces of brown hair and red glass fragments while an old Greenday song reminds me that I should walk alone. You look behind my eyes

and find your hands empty. I will not let you in.

The Mother Jay Frankston She takes the seeds from her womb, scatters them to the wind and sings to them, the Mother. And the wind lifts them high above fields, above fears, takes them round and round then lets them fall. And flowers and trees and children grow from the earth. And the sun shines upon them and makes them blossom. And time watches, counts, and waits for them Around the corner the panhandler stands with his hand stretched out: &quot;Spare any change, Mister?&quot; There&#39;s Vietnam in his head, and the blades of the helicopter keep roaring in his ears. And the children duck at unexpected times as if they could hear them too. But it&#39;s another war they hear, the one that follows the one that&#39;s ahead.

And they know, the children, they know that it will take them and bleed them and drop them from the sky. And the Mother will scoop them up and return them to her womb and refuse to give birth again.

THE BUS Jay Frankston I got on this bus when I was still in diapers. I didn&#39;t know anybody only the woman who carried me on. I grew into a boy on her lap looking at the other passengers and the scenery out the window. The bus made several short stops and I nearly fell off my seat. When I got a little bigger I got a seat of my own and held on as the bus careened around corners and several passengers fell to the floor. There was no clear destination but the bus made a number of stops and some people got on and others got off. When I got to be twenty-five I shared a seat with a lovely young lady who sat on my lap when the bus got crowded. And crowded it got.

What started out to be a peaceful ride through the countryside turned into a donnybrook with passengers fighting over seats, pushing people into the isle and sometimes off the bus. The scenery changed and the pastures turned to concrete, the trees to skyscrapers and the sun was hiding above the smog. By the time I reached middle age the space I was occupying was less than one seat and I was pushed and shoved on all sides by angry passengers who were jealous of their space. The woman who brought me on got off at a truck stop and I struggled to keep my composure in the crush of the crowd. When I reached sixty the situation became unbearable. The bus lurched and took sharp turns at increasing speed moving so fast that what was outside the window of the bus became a blur

and I got car sick. The isle was packed body to body with wild-eyed people who could not understand what was happening to them. The bus was barreling along and everyone knew this could not continue but no one bothered to look up front. There was no one in the driver&#39;s seat.

RED FACE Marc Carver I see the young woman I saw earlier her face was red with the cold then now she has warmed up she sits next to me in the coffee shop I would love to talk to her I look at her for a while but say nothing just like always she is that little bit too far away.

3 Poems by Ken W. Simpson Vagrant Thoughts A sound whispers in the wind a candle gutters and shadows flicker. Reflections of passing moments languish in a sea of apathy. The myth of contented bliss exists as echoes of promises pawned. Dreams disintegrate unaccountably like thoughts fleeing from a memory. Ernest Hemingway

betrothed to a boat fishes for tuna with a tommy-gun.

Wasted Words The cargo of a ship at sea has little to do with you or me.

Withdrawal Symptoms I was prescribed an analgesic to relieve the pain caused by a degenerative disk. But because I dozed and overslept I decided to give it up. My mind began to adapt and simmered for several days. It lurked somewhere inside like a lion about to attack. Sweat began to slide down my brow one cold and wintry day.

Although exhausted I couldn&#39;t sleep a prisoner inside my mind. I hoped to see it through and last just another day or two, The futile sun looked on glowing and ironically gloating. I seemed to decompose slowly every dying day. I&#39;d forgive the mind its heresies if only to sleep and dream again.

Life of a Recluse Gurneet Kaur The Morning dew, cool Breeze The touch of humanity. Finesse and elegance, ecstasy in thy breath every step is reverence. Circling the eternal being, is the power of the lords supreme benevolence be the spectrum of life, and every speck of it is alive strings not attached to the world. Public fame is not bequest, His grace said day and night. Secluded from all ends, a solitary life. What happiness! What joy! All is mine. Valleys, mounds and deepest thoughts; the beauty free from servile bands. Of affluence life is meant No vice, no sin and no wound all is His and to Him I return.

Contributors: Dawnell Harrison has been published in over 60 journals, possesses a BA from The University of Washington, and is the author of three books of poetry; Voyager, The Maverick Posse, and The fire behind my eyes. KJ Hannah Greenberg giggles too much to be actually indomitable. What&#39;s more, she: eats oatmeal, runs with a hibernaculum of imaginary hedgehogs, watches dust bunnies breed beneath her sofa, and attempts to matchmake words like “balderdash” and “xylophone.” Sure, she&#39;s been twice nominated for the Pushcart Prize in Literature and once for The Best of the Net, as well as received National Endowment for the Humanities monies. Nonetheless, she refuses to learn to text or to own a digital watch. Jay Frankston was raised in Paris, and came to the U.S. in 1942. He became a lawyer and practiced in New York for 20 years reaching the top of his profession and writing at the same time. In 1972 he gave up law and New York and moved to California where he became a college instructor. He is the nationally published author of several books some of which have been condensed in Reader&#39;s Digest and translated into 15 languages. Ken W. Simpson began his vocation as a poet late in my life. A Face in the Rain is his fourth book. A retired teacher, he lives in Victoria, Australia with his family. When he is not writing, he enjoys growing vegetables.

Marc Carver, a British poet, was recently an internationally featured poet at the Austin International Poetry Festival. He has published four books of poetry and has had some seventy or so poems published and posted at various sites. All of his books are available on Amazon.com. He is now writing a book of fiction and hopes to publish it very shortly. He performs mainly in London and will continue to write poetry as long as people enjoy his work. Gurneet Kukreja is a biotechnologist in the search of the next source of energy.

The Refrigerator as a Symbol of Unrequited Love

problems such as Exploding Head Syndrome

We Rent Goats. Here’s why… Because goats aren’t like other grazing livestock Goats are natural-born weed eaters. Thorns and plants that cows and sheep don’t like are a delicacy for goats. Properly managed, goats choose the forbs (weeds) or woody plants 85% of the time, compared to 13% for grasses.[1] This is an important point for ranchers looking to get rid of weeds while maintaining grasses and clovers for livestock. Unlike other animals, goats eat plants from the top down, so weed seeds aren’t spread around and left to germinate. Goats eat the seeds, and when the seeds pass out of the goat, few of them are viable.[2] We Rent Goats® doesn’t just clear fields. We clear bad seeds too!

Because goats are a natural alternative to chemicals Unlike bulldozers or sprays, goat grazing is an ecologically beneficial way to clear unwanted weeds or brush and promote the growth of native grasses. And when the goats are finished, they don’t chew up the land or leave behind synthetic chemicals that run into rivers or streams—or into your drinking water. For years, chemicals have been considered the best solution to noxious weeds. But times are changing as more and more people are looking for sustainable ways to do business. Let’s face it, chemicals have been around for decades and we still have the same problems that we did back when they started concocting those miracle herbicides. It’s time to try something new. Because goats provide a long-term solution to weed control and fire protection We Rent Goats® doesn’t claim that we can eradicate all your noxious weeds in one grazing. A common approach is to bring the goats in each year 3-5 year, with the

landowner managing the land after the goats leave each year. It may take a few seasons to get your weeds fully under control. But by eating the weeds and the seeds, goats can significantly diminish your noxious weed problem. We Rent GoatsÂŽ we is currently looking into the use of beneficial insects as another sustainable way to finish the work our goats start. We know from experience that goats are the most economical, the most sustainable solution for farmers and ranchers who want to restore weedinfested acres to their previous glory and protect property from fires. Natural weed control is part of our national heritage. Weâ&amp;#x20AC;&amp;#x2122;re proud to be able to offer it to you.

Have more questions about the goats? Here are some answers. (Link to FAQ page) Want to know if goats are right for you? Want a price quote? Or just want to talk goats? Give us a call at 208-337-3900. Or visit the Contact Us section of our site.

Stars are exploding. The rain tastes like vinegar and oranges glow in the dark. Speak up! Is this your doing? Can life go through the sieve and come out clean? Must we endure toxic waste in our haste to turn tomorrow into yesterday? Can we suffer our children to survive our abuses? Did the Holocaust teach us nothing? Speak up! There is no time. Break the silence

before the dirt falls on your face.

A this is final ffr13 pdf