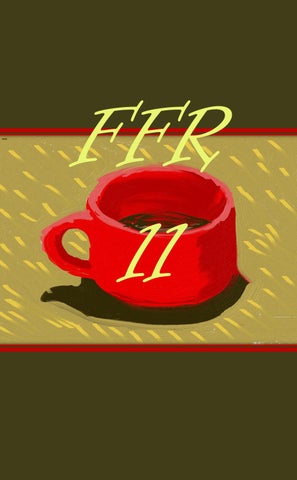 Originally appeared in the August 26, 2014 issue of the Halifax Herald, as well as here: http://bit.ly/VWAptx

t was a question.

During a recent purge and cleaning of the fridge, my wife asked me about some chicken nestled on the back shelf. As far as we could determine, it was well over seven days old, and, while not harmful to one’s health, its “curb appeal” was wanting. We try our hardest not to waste a morsel of food, but every now and then, something past its prime gets lobbed into the composter. I’ve ended up in there once or twice myself. Is it just me, or are we turning into a nation of poultry purists? Once upon a time you had a chicken dinner for a real treat, but nowadays the proliferation of poulet, in all its forms, is something akin to the Tim Hortons phenomenon. There seems to be chicken everywhere. Chicken nuggets, chicken a la king, deep fried chicken, chicken stew, roast chicken potato chips, chicken wraps, stir-fried chicken, chicken balls …

I will never forget my first trip to the Chicken Burger restaurant on the Bedford Highway. Everything about the place was just perfect, from the 1950s decor to the juke boxes. But the big attraction was the chicken burgers themselves, washed down with their matchless chocolate milkshakes. These days you can have a meal there before flying the friendly skies, as they have an outlet at the Halifax airport. Same food and friendly staff but no fresh-air order counters … yet. Chicken gumbo, rotisserie chicken, chicken Kiev, chicken cordon bleu … The Colonel brought his famous brand of chicken with “11 different herbs and spices” into our neck of the woods in the 1960s. We woke up one day not long ago in our home town to find that the local KFC outlet was reduced to rubble (they closed it and sent the employees home first). It was if the Colonel had just kicked the bucket and left town. It caused quite a flap. Chicken Cacciatorre, Tuscan chicken, chicken fingers and taters…

If you have your head down for even a nanosecond, you might miss the A&amp; K Lick a Chick in Little Bras d’Or. It is reputed to have the world’s finest deep fried chicken. You might not want to stop there the night before bloodwork for your cholesterol readings. Right across the street there is a Tim Hortons which, in and of itself, is not surprising. However, this is a very famous Timmie’s, for years ago it became famous for a time when the face of the Blessed Virgin appeared on an exterior wall of the building. Chicken has become so highly regarded as a food staple that it has developed its own brand in Quebec. St. Hubert’s Chicken is as much a staple in the Quebecois diet as poutine. In case you’re wondering, St. Hubert is the patron saint of hunters, mathematicians, opticians and metal workers. It almost seems like one of the popes ran out of ideas for patron saints and gave St. Hubert all the leftovers. My wife is forever espousing the merits of a balanced diet. I am suspicious that

my diet might not be quite there yet. I have noticed that small feathers are appearing on my arms and that I am prone to making audible clucking sounds when asked to do chores. Unfortunately, I am not allowed to â&amp;#x20AC;&amp;#x153;chicken out.â&amp;#x20AC;?

Pressure It Is But Do Not Crack Kudzai Mahwite Wit and interest sure be stale, Angry and dry but sure not pale, Sure could do with a glass of ale, Yet this is my boat and I must sail. Dawn did break before timbers creak, Nightly bobbing, rest not robbing, Gothic vision of what could be, Yet bliss do line sweet reminisce. When heat do atoms make awake, Felt I the leak where timber crack, Knew full well what I do lack, Some peace and rest before timbers break.

Michael Levy is a multi-instrumentalist &amp; prolific composer, who since 2006, has focused his unique skills, at both intensively researching &amp; recreating the ancient playing-techniques of the lyres of antiquity. Basing these techniques from both illustrations of ancient lyre players and the various playing-techniques still practiced today in Africa, he has independently produced 18 albums of ancient lyre music since 2008. - See more at: http://www.ancientlyre.com/biography/ #sthash.eSrZZ55r.dpuf

Fragments Dawnell Harrison I feel flat and dull with a bevy of broken fragments for a mind. Something floats above me like a cloudy smog as I lay resting my head on a fluffy pastel pillow. Words drag through my mind like clogs clopping down a long-winded hallway. I am numb and feel absolutely nothing a flattened sheet that&#39;s been ironed with starch.

Footsteps Dawnell Harrison Angels swim in the vast array of silver stars as the clouds slip through the sky like a thread through a blanket. The moon dissolves on the yellow kitchen wall, splaying its lights all over the night. The stars bleed from the sky down to the ground. I silently walk around the house trying to forget my mistakes footstep by footstep.

Colin James On the West side of the grounds a small gaol quite full of no nonsense types, the hysterical having been cheerfully separated. During the day gardens are tended, three meals provided and bunks which are integral to order. Men postulate control nights apparatus. Punk contortionists of elegant variation.

Contributors My name is Len MacDonald. I am a financial planner, a marathon runner and an aspiring writer of humour stories. I have been doing a bi-weekly column for The Casket here in Antigonish, Nova Scotia since February 2013 and a weekly column in The Fairview Post, in Fairview , Alberta. Why Week45? My wife Betty and I travel to Florida every November. We own a time share and they allocate facilities based on a particular week of the year. The first week we acquired was week 45. I am always looking for story ideas so feel free to weigh in the comment section of my blog. Visit me on Facebook and Twitter, as well. If you are interested in having me speak to a group of your colleagues, check the motivational speaking page. Patricia Senseney paints from her home in Westminster, Vermont. She does so! Kudzai Mahwite writes from Zimbabwe. Oliwier Horst Voll (째1936, Chicken, Alaska, United States) creates mixed media artworks and conceptual artworks. With the use of appropriated materials

which are borrowed from a day-to-day context, Voll presents everyday objects as well as references to texts, painting and architecture. Pompous writings and Utopian constructivist designs are juxtaposed with trivial objects. Categories are subtly reversed. His mixed media artworks are on the one hand touchingly beautiful, on the other hand painfully attractive. Again and again, the artist leaves us orphaned with a mix of conflicting feelings and thoughts. By contesting the division between the realm of memory and the realm of experience, he often creates several practically identical works, upon which thoughts that have apparently just been developed are manifested: notes are made and then crossed out again, â&amp;#x20AC;&amp;#x2DC;mistakesâ&amp;#x20AC;&amp;#x2122; are repeated. His collected, altered and own works are being confronted as aesthetically resilient, thematically interrelated material for memory and projection. The possible seems true and the truth exists, but it has many faces, as Hanna Arendt cites from Franz Kafka. By taking daily life as subject matter while commenting on the everyday aesthetic of middle class values, he absorbs the tradition of remembrance art into daily practice. This personal

follow-up and revival of a past tradition is important as an act of meditation. He creates situations in which everyday objects are altered or detached from their natural function. By applying specific combinations and certain manipulations, different functions and/or contexts are created. By manipulating the viewer to create confusion, he often creates work using creative game tactics, but these are never permissive. Play is a serious matter: during the game, different rules apply than in everyday life and even everyday objects undergo transubstantiation. His works are characterised by the use of everyday objects in an atmosphere of middleclass mentality in which recognition plays an important role. Oliwier Horst Voll currently lives and works in Deadhorse, Alaska. Samu Miksa Horvรกth is hungry for Hungary. KJ Hannah Greenberg is a three time Pushcart Prize Nominee, one time Best of the Net Nominee, one time Million Writers Nominee, and an actual National Endowment for the Humanities Scholar. She pretends to be indomitable, tramps across literary genres, and giggles in her sleep. As well, Hannah eats oatmeal and keeps company with a hibernaculum of

Dawnell Harrison has been published in over 60 journals, possesses a BA from The University of Washington, and is the author of three books of poetry; Voyager, The Maverick Posse, and The fire behind my eyes. Colin James has a chapbook of poems, DREAMS OF THE REALLY ANNOYING, available from Writing Knights Press.

These truly amazing sheets are flecked with green and gold fibres, depending on when the wombat droppings were harvested. They have an amazing texture as well since wombats are cleaner and do a better job of processing plant fibres. With their beautiful surfaces and torn edges, these sheets make for excellent envelopes, invitation accents, and scrapbook additions.

Wombat Poo paper is handmade in Tasmania using scats gathered from wombats in captivity, to conserve the natural balance, as those in the wild use them for communication. Combined with white cotton thread, the result is a highquality, eco-friendly, and acid-free paper. Characteristics: Made in Australia Hand-made Acid-free Wombat poo White cotton thread Eco-friendly A4 Size Uses: Printing, etching, scrapbooking, stationery, invitation, envelope making To Order: http://bit.ly/1wUcH0L