FROM CAMPING TO GLAMPING 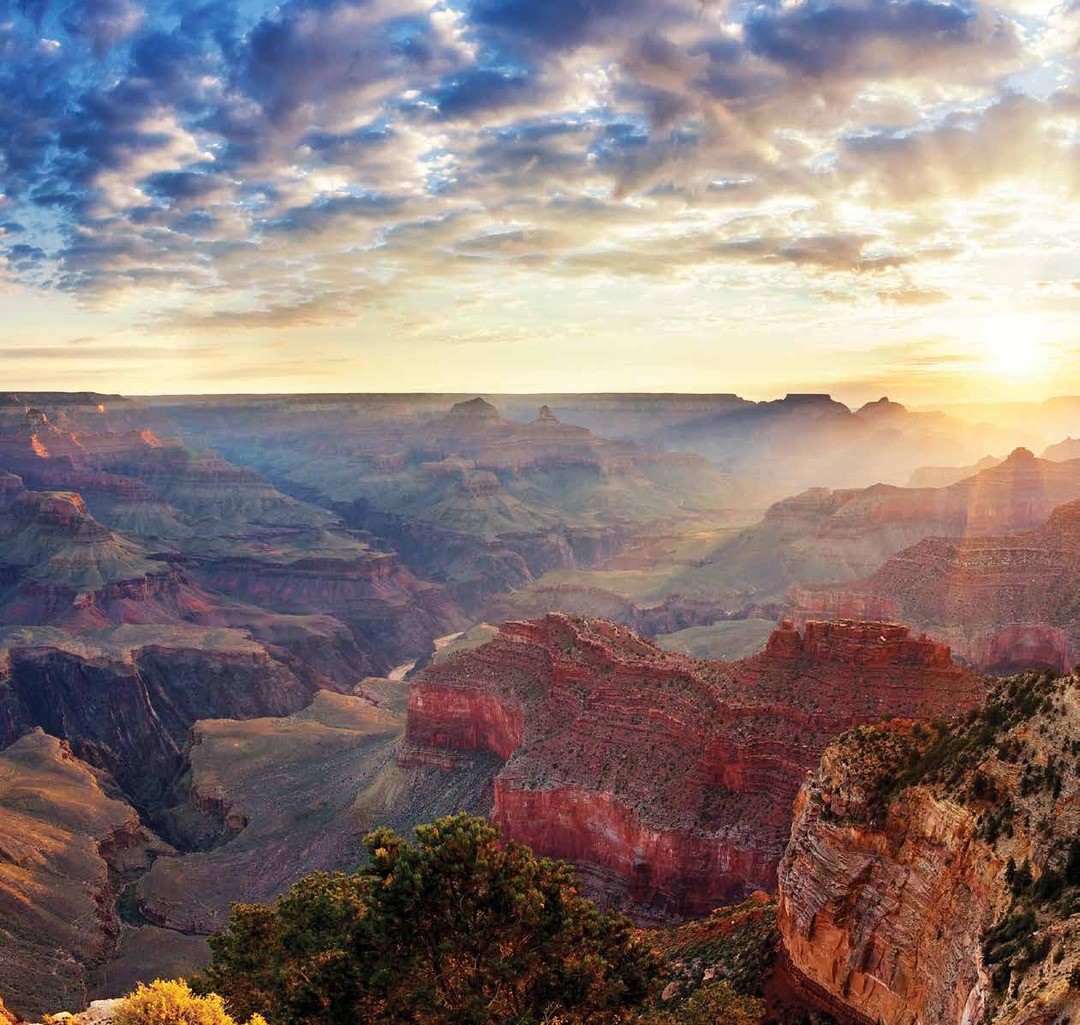 A GRAND ADVENTURE
By Jennifer Sperry

Scott Nielson was the Principal and owner of southern Utah’s Nielson RV until he recently announced the sale of the three locations, including assets, inventory, land, and improvements, to Camping World Holdings, Inc. (NYSE: CWH), the largest RV retailer and publicly RV traded company in the USA. The CEO of Camping World, Marcus Lemonis, adds Nielson’s RV to their already 170+ store count. Nielson RV generates $50 million in annual revenue, and the Camping World deal included $64 million in inventory, land, and equipment, extending to retail locations and storage facilities in St. George and Hurricane. The selling price has remained undisclosed.

Camping World has been providing products and services to RV owners and campers since 1966. Gander RV & Outdoor SuperCenters across the United States are all part of the Camper World family, in addition to a complete product website. Marcus Lemonis is a businessman,

philanthropist, and television personality with starring roles in CNBC’s The Profit and The Partner. Southern Utah is excited to have his presence here in the community of camping.

The well-loved and top-ranked RV retailer Nielson RV, which sold to Marcus Lemonis, was rooted and created in southern Utah. In 1997, Scott Nielson began his career with Bob’s Enterprise’s selling cars and RVs in Hurricane. In the same year, Scott joined arms with his brother, Mike Nielson, to incorporate Hurricane Valley Auto Mall. Eventually changing the direction and focus to exclusively selling RV operations. Over the years, Scott Nielson and Mike Nielson have impressed the community with launching other successful southern Utah-based startups.

In 2015, Mike Nielson turned his attention to SKRE, a hunting clothing apparel line sold in several countries worldwide, while Scott Nielson continued to expand Nielson RV and other ventures. Nielson Power Systems (NPS) was created for RV onboard generators with a Yamaha engine and inverter technology. The generators use cutting-edge technology with a built-in pull start and remote start key fob with a 50yard range. Scott Nielson intended for NPS to be a market disruptor, as Cummins had previously monopolized the industry. Nielson achieved his mission when NPS Yamaha signed an exclusive deal with Warren Buffett and Berkshire Hathaway’s Forest River.

The creation of KSKO Investments LLC, a Real estate holding company, along with Nielson Development, which they used to expand their Nielson RV locations and where residential and commercial construction development could happen.

In 2004, Scott bought Mike’s remaining shares and redirected the company to work towards his new venture. In 2006, he decided to change the name, and Nielson RV became one of the most sought-after dealerships in the country based on real estate size and revenues.

In 2016, Nielson RV expanded with another prime location. Both retail outlets were constructed by Nielson Development, leading to another Nielson-owned startup in Washington County. Statistical Surveys states that Nielson RV was number one for RV sales in southern Utah. It continuously ranked as high as number four throughout the state competition and beat much larger metropolitan areas. Scott gives many thanks and credit to his manager Katie Leavitt, employees, and the community.

Locals are getting excited to benefit as he focuses his passion and knowledge in a new RV-driven direction. Instead of encouraging customers to road trip around in their new RV, Nielson provides a new reason for RV owners to spend some time closer to home. In southern Utah’s scenic location, he is launching the first “Glampers Inn” under RSC (Red-Sand Capital), a new private equity company in the local area. The Glampers Inn project is already underway at Sand Hollow. Glampers Inn is designed as an RV resort, providing guests with amenities that will extend well beyond water and electric hookups. The project is projected to have a water park that includes pools, hot tubs, and a lazy river. There will be access to boat rentals, buggy rentals, cabin rentals with high-speed internet, and WIBIT with a Ranger Station-style clubhouse, all in the popular area of Sand Hollow. The resort is just a picturesque 30-minute drive from places like Zion National Park. Guests can also take advantage of nearby amenities that put them on the water, sand, mountains, or one of the many nearby golf courses in a matter of minutes. Nielson is hoping vacationers will have more desire to spend some time in southern Utah’s beautiful surrounding area, leading to increased tourism revenue.

Glampers Inn will be designed to be a first of its kind RV resort. The Hurricane City Council has already approved the location near Sand Hollow State Park. Future expansion plans include Glampers Inn RV resorts throughout the midwest and west coast.

The water park will be named Hanalei Bay. Scott and his family lived on Maui’s north shore, in a small jungle town called Haiku. Their love of the islands inspires the name, and they wanted to bring it here. Hanalei Bay is the largest bay on the north shore of Kauai island in Hawaii, which they often visit. The park’s namesake, Hanalei Bay, is nearly two miles of beach, surrounded by mountains. In the summer, the bay offers excellent mooring for sailboats, stand-up paddleboarding, and swimming. The park will use design elements inspired by the area. Tiki torches have been ordered from Hawaii to give authenticity, and the use of black lava rock native to southern Utah will mimic the Kona side of Hawaii’s big island.

The resort itself will adorn a western theme, a lot like Knotts Berry Farms in California, while still creating the feel of Hanalei Bay.

What a legacy Scott has created for our area with his entrepreneurial passion, bringing jobs to our workforce, and fun for families and friends on this all-new and unique adventure.V