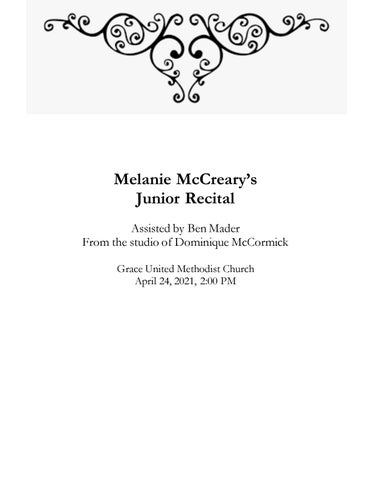 Program Notes &amp; Translations Wolfgang Amadeus Mozart Born on January 27, 1756 in Salzburg (Austria), Wolfgang Amadeus Mozart would soon become one of the finest Western music composers of the 18th century. Such as Haydn and Beethoven did, Mozart excelled in the music world and had an exquisite sense of musicality. In addition to this, he was considered a musical prodigy and successfully mastered every musical genre of his time period. Le nozze di figaro (The Marriage of Figaro) is a comic opera composed by Mozart that revolves around Figaro, a countess, and the ever-so complicated love story that involves them. “Voi Che Sapete” is an aria from this opera that expresses the intense feelings a young page, Cherubino, has for the countess. This role is a “pants role” which, simply explained, is when a female singer plays a male role. Mozart uses different musical devices, such as word-painting, throughout the piece to successfully demonstrate the profound feelings Cherubino has for the countess. A specific case for this being how the line “Ch’ora é diletto” (“now it’s a delight) sounds more light and enchanting while “Ch’ora è martir” (“now it’s torture) sounds more distressed and is sung in a minor key.

Paulo Tosti Paulo Tosti is an Italian composer and teacher who was born April 9 th, 1846. He began studying music at the age of fourteen and in his adulthood lived out in England as an appointed voice teacher to the Royal family. In his lifetime he has written a multitude of successful pieces - some of his more familiar ones include “Farewell” and “Ask Me No More”. The Italian word preghiera translates to prayer which sums up exactly what Tosti is trying to relay in his piece, “Pregheira” . Not much information was found about this particular piece, however from a listener’s standpoint, both the text and music give off feelings of sorrow, fear, and hope that God will answer. In addition to this, the long legato lines of text help express the profound desolation that the narrator is feeling.

To my confused mind of doubt and pain come to my aid, oh my Lord, shine thy light of faith.

Lift from it the weight that makes it sink into the mud: I send my sighs and tears to Thee I entreat Thee.

You know that my life is slowly being consumed, like the candle wax by the flame, like the snow by the sunshine.

To my soul, which yearns to take refuge in Thy arms, Ah! Break, Lord, the lace that prevents it from flying to thee. Lord, have mercy!

Italian composer and violinist, Antonio Vivaldi, was born on March 4th, 1678 in Venice, Italy and grew up making music alongside his father. He spent most of his career as a music teacher at the Pio Ospedale della Pietà, where he taught orphans, and was reappointed multiple times until he reached the maestro position. With more

than 750 works written, Vivaldi has composed a multitude of choral and orchestral works, operas, and pieces for solo instruments. His music career left a definitive mark on what makes up the perfect concerto as well as being a major influence on the later style used during the Baroque period. Arsilda, regina di Ponto is the fourth opera ever written by Vivaldi and was first premiered all the way back in 1716. Deemed as controversial in its time, the plot of the opera revolves around the lead character falling in love with another woman that is dressed up as a man. “Un certo non so che” is an aria that clearly depicts the deep love the main character has for the women of his dreams.

Something intangible, unknown Is reaching and passing through my heart And yet pain it is not. What if this were love? Into its ferocious burning passion, And reckless abandon, I have already stepped! -

George Frideric Handel Born in 1685 in Germany, Handel showed a passion for music as a young child and began learning the keyboard and composing in his early years of life. Throughout his career, he effectively combined the styles of German, French, Italian, and English music styles. In addition to this, he was most known for his operas, oratorios, and instrumental works – his most popular work being his Messiah. First performed in 1728, “Non lo diro col labbro” is an aria from the Handel opera, Tomelo, re d’Egitto (“Ptolemy, King of Egypt). The overall plotline consists of a fictionalization of Ptolemy IX Lathyros’ life who reigned all of Egypt during three separate occasions in his life. The scene of this aria depicts the deep, unrequited love that Alessandro (Tolomeo’s brother) has for the woman that is in love with his brother.

I will not say it with my lips Which have not the courage; Perhaps the sparks Of my burning eyes, Revealing my passion, My glance will speak. -Translation by Rowcliffe Browne

Cesar Franck French composer, Cesar Franck, was born in 1822 and was one of the largest music influences in France during the later 19 th century. During this time, he led a movement that gave French music a sense of solidity and seriousness that heavily influenced composers of this time.

Her hand gathered the roses from this bush for me alone; As she had barely even bloomed, dearest harvest.

The bouquet is faded, alas, as she is also faded; The harvesters’ harvest rests here.

But on the tomb that covers you, O my beloved, An eglantine (sweet rose briar) grows there, half-opened and always smiling!

And under the overhanging bush, when I return, a voice from the grave says to me, “I remember.” -

Gabriel Fauré Gabriel Fauré was a French composer who lived between 1845 and 1924. Through his use of emotion and variety of musical textures, he helped refine French modern music. His approach to composing is filled with elegance and sentiment which inspired new techniques from composers in the country. In this piece, Fauré does a great job at word painting – the motivic writing in the piano reflects the text of the poetry. “Les Berceaux” captures the scene of men leaving behind their wives on ships as they sail away into the unknown. In addition to this, the left hand piano part and vocal line interweave with one another to mimic the rockiness and movement of the ships on the water.

Along the quay the great ships, Listing silently with the surge, Pay no heed to the cradles Rocked by women’s hands.

But the day of parting will come, For it is decreed that women shall weep, And that men with questing spirits Shall seek enticing horizons.

And on that day the great ships, Leaving the dwindling harbour behind, Shall feel their hulls held back By the soul of the distant cradles. -

Franz Schubert Born in 1797, Franz Schubert was an Austrian composer whose compositional style helped bridge the music styles of the Classical and Romantic periods. He was one of the first to introduce the Romantic style and is most known for his ability to successfully adapt to most musical forms and his lyricism. In his short lifetime of 31 years, he composed over 600 vocal pieces, nine symphonies, many piano works and various orchestral and choral works. “Die Forelle” is one of Schubert’s more well-known pieces and is best known as the theme found in the fourth movement of his Piano Quintet in A Major (also known as the Trout Quintet). The text is written from the perspective of a narrator by the river who watches the eventful story of a fish in the water unfold.

In a limpid brook the capricious trout in joyous haste darted by like an arrow. I stood on the bank in blissful peace, watching the lively fish swim in the clear brook.

An angler with his rod stood on the bank cold-bloodedly watching the fish’s contortions. As long as the water is clear, I thought, he won’t catch the trout with his rod.

But at length the thief grew impatient. Cunningly he made the brook cloudy, and in an instant his rod quivered, and the fish struggled on it. And I, my blood boiling, looked on at the cheated creature. -

“Das Veilchen” is another piece that was composed by Mozart. This charming art song serves as a giant metaphor for unrequited love and the kinds of situations people will put themselves through for someone who won’t look at them twice.

A violet was growing in the meadow, Unnoticed and with bowed head; It was a dear sweet violet. Along came a young shepherdess, Light of step and happy of heart, Along, along Through the meadow, and sang.

Ah! thinks the violet, if I were only The loveliest flower in all Nature, Ah! for only a little while, Till my darling had picked me And crushed me against her bosom! Ah only, ah only For a single quarter hour!

But alas, alas, the girl drew near And took no heed of the violet, Trampled the poor violet.

It sank and died, yet still rejoiced: And if I die, at least I die Through her, through her And at her feet. The poor violet! It was a dear sweet violet! -

Felix Mendelssohn Born in 1809 in Germany, Felix Mendelssohn established himself as a composer, pianist, and conductor. During his life span, he served as an important musical figure and also helped revive the music of Johann Sebastian Bach. In addition to this, he composed large amounts of music which include many symphonies, concerti, two oratorios, chamber music, piano music, and organ music. During the winter of 1844, Mendelssohn and his wife, Cécile, spent their time in the beautiful Frankfurt area of Germany. While here, Mendelssohn set this beautiful composition to the words by Nikolaus Lenau. “Schilflied” is an art song that depicts nature and the scene of the moon’s beams resting on the still pond. As well as this, the sentiment of nature inspires thoughts of love and prayer towards a lost loved one.

On the pond, the motionless pond, The moon’s fair radiance lingers, Weaving its pale roses Into the reeds’ green garland.

Red deer wander there on the hill, Looking upwards through the night; Dreamily in thick reeds Birds will sometimes stir.

I must lower my tearful gaze; Through the very depths of my soul Sweet thoughts of you pass Like a silent evening prayer!

Ricky Ian Gordan Born in 1956, Ricky Ian Gordan has successfully established a career as both a musician and composer. Following his time spent at Carnegie Mellon University, he has established a career composing art songs, opera, and musical theatre in New York City. His music is often compared to that of Sondheim and Bernstein, and so far in his life he has achieved many honors and awards which include an OBIE award, the Stephen Sondheim Award, The National Endowment of the Arts and many others not mentioned. “The Red Dress” and “A Horse with Wings” are both pieces I absolutely fell in love with this semester. “The Red Dress” is an art song about finally achieving everything one wants while a “Horse with Wings” is about wanting to be free of the things that hold everyone back in life.

William S. Gilbert and Sir Arthur Sullivan English librettist William S. Gilbert, was born in 1836 and was most well-known for his collaborative work with composer Sir Arthur Sullivan who was born in 1842. Some of their most popular works include The Pirates of Penzance, Princess Ida, and The Mikado. The Mikado is a comic opera split into two acts composed by both of these musicians. It first opened during March of 1885 and in total ran for 672 performances. To this day, The Mikado still stands as one of the most popular and frequently played musical theatre works in history. “Three Little Maids” is a trio from this operetta that is sung by Yum-Yum, and her sisters Petti-Sing and Peep-Bo, as they process onto the scene. 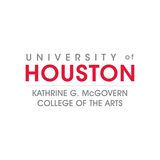