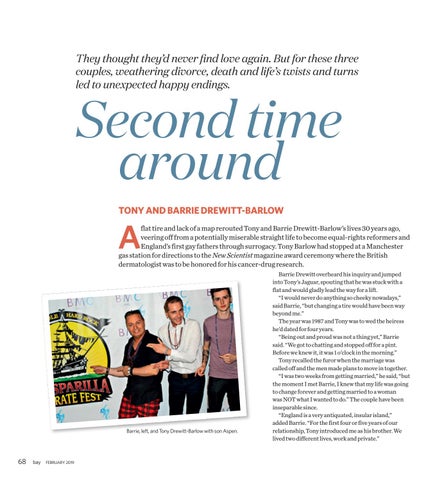 flat tire and lack of a map rerouted Tony and Barrie Drewitt-Barlow’s lives 30 years ago, veering off from a potentially miserable straight life to become equal-rights reformers and England’s first gay fathers through surrogacy. Tony Barlow had stopped at a Manchester gas station for directions to the New Scientist magazine award ceremony where the British dermatologist was to be honored for his cancer-drug research.

Barrie Drewitt overheard his inquiry and jumped into Tony’s Jaguar, spouting that he was stuck with a flat and would gladly lead the way for a lift. “I would never do anything so cheeky nowadays,” said Barrie, “but changing a tire would have been way beyond me.” The year was 1987 and Tony was to wed the heiress he’d dated for four years. “Being out and proud was not a thing yet,” Barrie said. “We got to chatting and stopped off for a pint. Before we knew it, it was 1 o’clock in the morning.” Tony recalled the furor when the marriage was called off and the men made plans to move in together. “I was two weeks from getting married,” he said, “but the moment I met Barrie, I knew that my life was going to change forever and getting married to a woman was NOT what I wanted to do.” The couple have been inseparable since. “England is a very antiquated, insular island,” added Barrie. “For the first four or five years of our relationship, Tony introduced me as his brother. We lived two different lives, work and private.”

LOVE Issue: A Time for Love 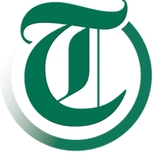