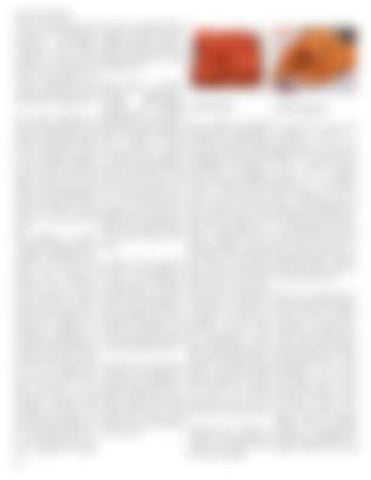 tainly craft healthy dishes infused with cannabis. However, by-and-large, “medicated Chex Mix,” “Weetos,” or just good old fashioned weed brownies are far more likely to be sold at a dispensary than a fresh kale salad, served with hash-oil vinaigrette. One cause for edibles aversion is an inconsistency in potency among the myriad forms of chewable cannabis on the market. In Vancouver, British Columbia, the sale of them has been banned entirely. And earlier this year, after eating too many edibles, an Ohio man phoned the police fearing for his life. That is some intense internal conflict to face after snack time. Bob Eschino, of Denver-based edible brand Incredibles, told NBC News that his concentrates regularly test at about 99 percent THC. Traditional flower comes in somewhere between 15 and 20 percent. This leaves interpretation for expected outcomes. The consumer can anticipate anything between a Snoop-Dogg-stateof-mind and losing their sanity and clothes in public—like that dude who put out the KONY2012 videos. Heavy dice to roll. Like all aspects of the quickly-becoming-legal cannabis industry, this uncertainty is expected to clear up as innovations enter the infused foods sector. As lab-testing of cannabis products becomes 89

the norm, mass-produced edibles, no matter how unhealthy, will come with labeling indicating just how high you’ll get—if you’ll get high at all. Dixie Elixirs, a Colorado-based organization, develops THC-infused products that establish standardized and repeatable results. This approach likens cannabis consumption to coffee or spicy foods: Measured amounts of caffeine and capsaicin deliver predictable effects each and every time. It’s much more aligned with any “medicinal” processes than say baking Rice Krispies treats with cannabis butter in high school with your friends. Which, don’t get us wrong, is awesome. I digress. The inconsistency and unreliability in potency and abundance of sugar has me concluding that edibles just aren’t for me, for now. Which is why naturally, like any inquisitive journalist on the weed beat, I decided to eat a meal composed entirely of cannabis-infused food. To shop for such a feast, I visited a local dispensary and picked up edibles offering a “medicated” twist. What I found was plentiful, branded with cleverly worded weed puns, and likely to give me the ability to feel colors.

I’m a snacker. At family gatherings, as I inhale hors d’oeuvre, I’m reminded by my relatives that, as a child, catching me without a bag of Goldfish or pretzels in hand was a rare sighting. Always having something savory on deck has carried over into early adulthood. I didn’t want to dig into any of the main event while I was “cooking;” so I knew I would need something to nibble on in the meantime. Enter: Flaming Hot Weetos. These guys taste just like traditional Flamin’ Hot Cheetos, but with a hint of weed; delicious in the way that only something so terrible for you can be. The bag even resembles the Frito-Lay produced original, with the exception of a green (and presumably stoned AF) version of Chester the Cheetah belching flames. Classy. A serving of eight Weetos delivers 150 mg of THC, with three servings per pouch. I put down about 10 Weetos as I prepared the rest of the meal.

At this point, the only noticeable sensation I experienced was a tingling tongue. To quell the flames, I knocked back a 16 oz. bottle of Venice Cookie Co’s Cannabis Quencher—a fruit punch that contains 72 mg of THC. Unfortunately, the stuff tastes much like Kool Aid made from bong water and NyQuil. Can’t say I was much of a fan of the flavor, but at that point, I knew I had crossed over a cannabis-infused threshold and became fully invested in this article.

Now, I’m a connoisseur of chicken wings: Never have I met one that I wouldn’t at least try. I knew these wouldn’t be legendary, or even as good as the shitty wings you buy from chain pizza restaurants; so I limited myself to three. The oil-infused sauce tasted only faintly of the herb, and stuck nicely to each wing. But I still felt nothing. This is part of the reason why I rarely enjoy edibles: Where smoking Stoned Level: Could rea- cannabis or taking dabs sonably write and deliver offers instant gratification, a speech on behalf of the eating it kicks off a long D.A.R.E. program.