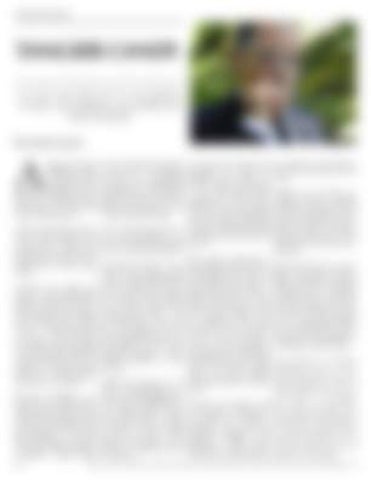 TANGIER CANDY can * nois * seur ( kan’ us sur’ ), n. one competent to render critical judgment on the qualities and merits of Cannabis.

mong the many delights of living in Tangier during the seventies was the availability of the finely cut weed known as Kif, Hash, and the hash candy called Majoun. After a few hours of writing, I would wander down to the Socco Chico, the small square beneath the Casbah for a glass of fragrant mint tea and a pipe of kif. Located just under the terrace of the Café Baba, which overlooked the late Barbara Hutton’s Moroccan mansion (the fabled heiress had many others) --was a hole-in-the-wall tea house run by Karim, it’s gentle, white bearded owner. Karim literally had a niche business. He specialized in delivering his mint tea to nearby shops and private customers.

carrier that held six glasses at a time. The unique six-pack was fashioned to hold the traditionally shaped glasses. One day he made ten such tea runs in thirty four minutes. Low overhead, high volume.

Of course like mostly all cannabis the effects diminished over time until the majoun delivered a nice steady high. (The exception to the diminishing returns rule in that very rare soul-expanding bud that lights up all the Soon I discovered the se- rooms in your brain while cret to his popularity. Ka- soothing your body.) But I rim not only brewed mint digress... tea--he cooked up majoun. One sunny afternoon I Naturally, I became a cus- picked up a letter at Amertomer. The hash candy ican Express and went to came in a large English tof- the Café Baba to read it. A fee tin. Inside was a dark, friend from New York, a sweet paste that seemed lady I had worked with at to be made of dried fruit, Bantam Books was comhoney and sesame. The ing to visit Tangier with recommended dose was her husband. Linda was one table spoon. On tast- an extremely nice young ing I recognized most of woman if a tad conservthe ingredients but it was ative. In looks and manalso flavored with heavy, ner she was as apple-pie unfamiliar spices. Later wholesome as Doris Day. I Karim confided one was wondered how she would nutmeg. take to the exotic Casbah with its veiled women Whatever the mix it cre- and kif smokers in hooded ated a contemplative, cre- robes. ative state that heightened colors and amplified mu- Turned out Linda took sic, lasting three hours. to it just fine. She had set For long periods I would her sights on writing a watch the water in Tang- romance novel and she ier Bay at sunset shift found the teeming, colorshades from lime, to tur- splashed markets and quoise, to rippling purple mysterious cafes inspirto magenta… ing. Ed, her husband was

an engineer by profession and more practical, if not wary. Unlike most tourists, including proper British types, Ed wore a jacket and tie. Now my father was an engineer and always wore his tie at home so I didn’t think it odd except to note my father was a strict, formal man. However Ed was very affable and Linda was bubbling, obviously enjoying their adventure. It was fun catching up on industry gossip and the buzz on the hot new authors. In the seventies book publishing was a glamourous business and working at Bantam Books was similar to working at Google today. After dinner at a French restaurant run by a Parisian expatriate and his veiled Moroccan wife, we went back to my place for some tea and talk. Both Linda and Ed were non-smokers and declined my offer of a puff of local weed. But Linda was very curious about the tin of majoun on the table.

His tiny workplace consisted of a hot plate and a table. However, his tea was enormously popular and I would watch Karim from the balcony of the Café Baba shuffling to and fro on pointy yellow slippers swinging a ringed metal Image credits: Left page Columbia/ Legacy. This page image of Frank Lauria from Cannoisseur.blogspot.com 65