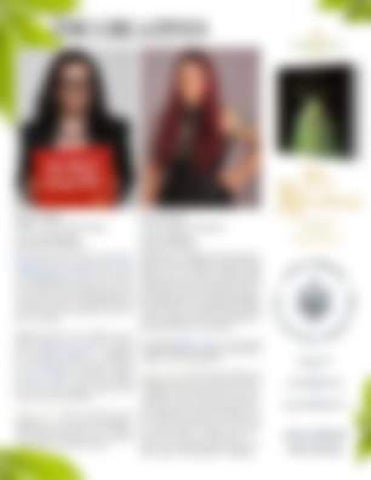 BIO: Ophelia is the creator of Stock Pot Images and Asian Americans for Cannabis Education (AACE). She is driven to help shape the new conversation of Cannabis and is guided by one mission: to advocate for the legalization of cannabis and offer truthful reflections of the faces and communities that embrace cannabis.

BIO: Raised in Hawaii, Bo started running her own graphic and web design firm at age 16. After moving to San Francisco to study, she soon left school and started her own business. By 21 she had a six person team working for her design firm. Bo ran Runway Magazine for two years before she moved to Los Angeles in 2011 and became a budtender and rock musician.

Ophelia is truly active within the cannabis industry as a Creative Consultant at PUSH Magazine (a magazine for millennial women in cannabis), and a Community Outreach liaison for THC Design (premium cannabis growers in CA). As an their liaison she works with LGBT, Veterans, Minorities and the Disabled. GREEN ENVY: After two decades in photography as a creative director Ophelia is changing the perception of the public’s views and stereotypes of the cannabis communities through imagery. 47

Bo founded Edibles List, out of a need to find healthy, consistent, medicated edibles at the dispensaries. GREEN ENVY: In 2016 she launched an edibles distribution company. Her Best of Edibles List Awards was rates top 5 cannabis events by The San Francisco Chronicle and in 2016 Marijuana Venture magazine named her 40 under 40. She’s been featured in media sites such as Leafly, Yahoo Finance, The New Yorker, ABC News, and CBS News. She is the cannabis industry’s go-to edibles expert, The Empress of Edibles.