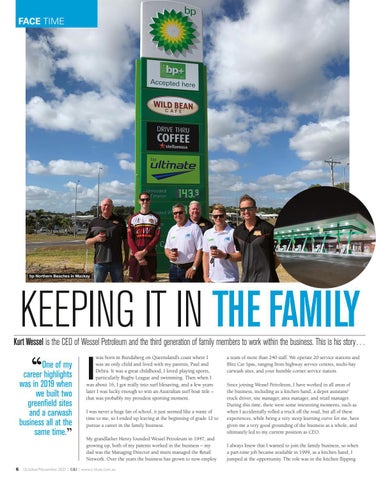 KEEPING IT IN THE FAMILY

Kurt Wessel is the CEO of Wessel Petroleum and the third generation of family members to work within the business. This is his story… One of my career highlights was in 2019 when we built two greenfield sites and a carwash business all at the same time.”

was born in Bundaberg on Queensland’s coast where I was an only child and lived with my parents, Paul and Debra. It was a great childhood, I loved playing sports, particularly Rugby League and swimming. Then when I was about 16, I got really into surf lifesaving, and a few years later I was lucky enough to win an Australian surf boat title – that was probably my proudest sporting moment. I was never a huge fan of school, it just seemed like a waste of time to me, so I ended up leaving at the beginning of grade 12 to pursue a career in the family business. My grandfather Henry founded Wessel Petroleum in 1947, and growing up, both of my parents worked in the business – my dad was the Managing Director and mum managed the Retail Network. Over the years the business has grown to now employ

a team of more than 240 staff. We operate 20 service stations and Blitz Car Spas, ranging from highway service centres, multi-bay carwash sites, and your humble corner service station. Since joining Wessel Petroleum, I have worked in all areas of the business, including as a kitchen hand, a depot assistant/ truck driver, site manager, area manager, and retail manager. During this time, there were some interesting moments, such as when I accidentally rolled a truck off the road, but all of these experiences, while being a very steep learning curve for me, have given me a very good grounding of the business as a whole, and ultimately led to my current position as CEO. I always knew that I wanted to join the family business, so when a part-time job became available in 1999, as a kitchen hand, I jumped at the opportunity. The role was in the kitchen flipping

C&I Retailing Magazine and C&I Expo became a division of the Intermedia Group in July 2014. Australia’s impulse and convenience market includes convenience stores with or without fuel, shopfront, mini marts, local corner and community stores, newsagents, independent video as well as many takeaways and bakery stores that have a convenience offer. Together these stores are responsible for $29 billion annually in merchandise sales and, with a sweeping circulation of 27,306, C&I Retailing Magazine reaches the lion’s share of these retailers 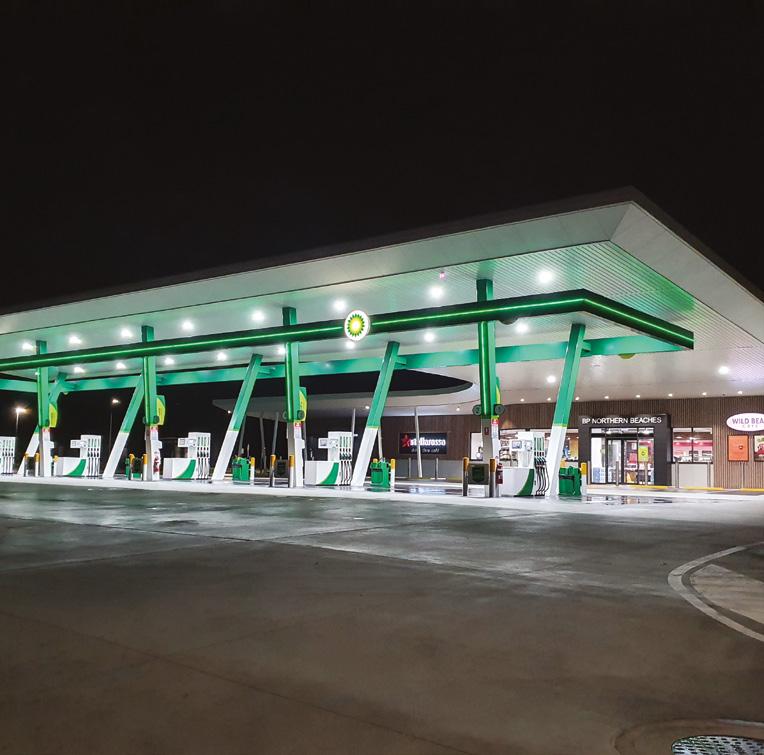 FACE TIME: KEEPING IT IN THE FAMILY

Kurt Wessel is the CEO of Wessel Petroleum and the third generation of family members to work within the business. This is his story… 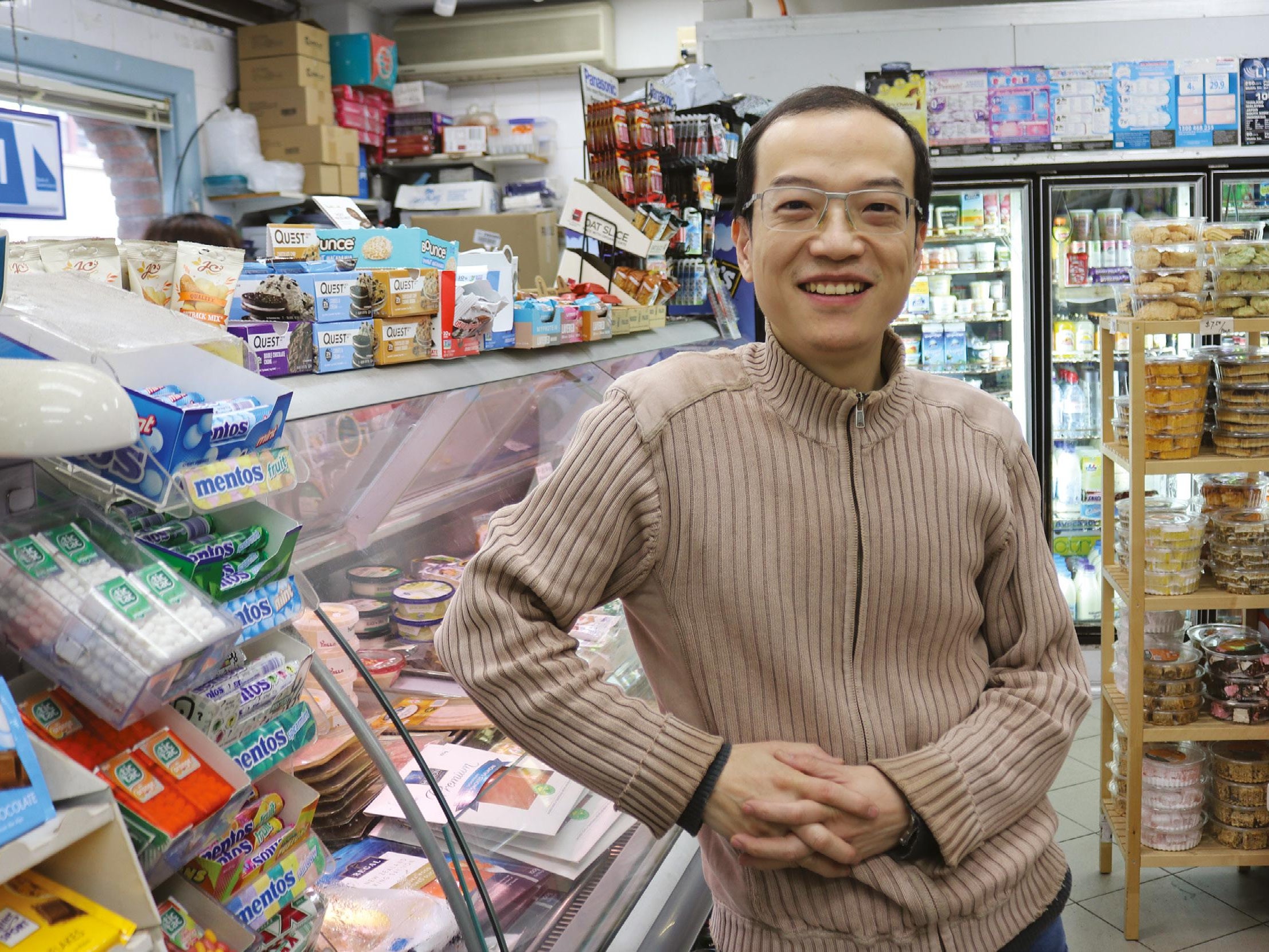