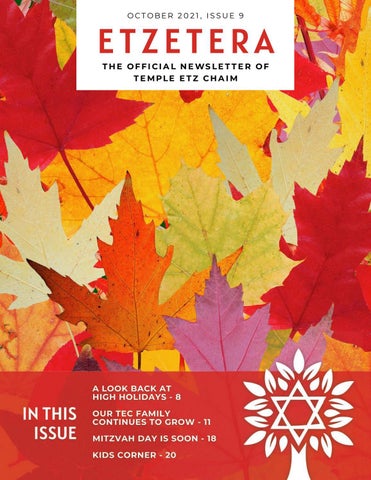 They can watch the same one over and over, crying again, laughing again, feeling all the emotions with these familiar people who they have grown to love. So it is with our Torah.

Write “Dear (Your Name),” at the top. Then write anything and everything you, personally, think that God would say in response to your first letter. Again, there are no rules. Only honesty and vulnerability. Which part of this challenge is more difficult might vary from person to person, day to day, or year to year. No matter what, though, writing these letters can help bring us closer to ourselves and our Creator. Welcome to 5782!

We had an amazing time during the Tailgate Shabbat! There was delicious food from Pizza Nosh, music and fun. Attendees of all ages came to the Warren Lawn to celebrate one of the last Shabbat Under the Stars of the year, just before many of the kids returned to school. It was a great way to say goodbye to Summer 2021 and get ready for the New Year.

Our annual Hike & Havdalah was a great success. The well-attended event drew many hikers to Rancho Sierra Vista as we hiked through the mountains and enjoyed a beautiful Havdalah service with Rabbi Averbach. TEC Community Outreach organized the event and it was a wonderful experience to be outside in nature as the sun set during the hike.

Our Religious School students came back to campus on Sunday, September 12. Even though the Religious School was back and inperson in April 2021, this was the first "start of the school year" since 2019 due to COVID. Students were socially-distanced and dropped off at their respective grades and Joyce Bronstein welcomed parents back to campus.

Volunteers continued our annual tradition and put our Sukkah together. Our Sukkah grew this year to well over 2,000 sq. ft!

MENS CLUB STEAK, SCOTCH, STAR TREK & TORAH SEPTEMBER 21, 2021 Captain's Log 09212021: Mens Club chose to boldly go where no shul had gone before: to the TEC Sukkah. Rabbi Rachel was Captain on the Bridge while Gary Katz handled the BBQ. Folks sought out new life and new civilizations on a star-filled evening.

FAMILY SHABBAT & SUKKOT DINNER SEPTEMBER 24, 2021 TEC celebrated its annual Family Shabbat & Sukkot Dinner on the 24th. There was delicious food, wonderful treats and a Shabbat Dinner under the Stars with our special guest, Jared Stein. It was a fun-filled evening in the Sukkah with family and friends, and a great time was had by all.

2021 / 5782 LEADING UP TO HIGH HOLIDAYS... On August 26, an article by Rabbi Averbach was published in The Acorn. The article was shared with the whole congregation and announced this year's special guest, Cantor Kenny Ellis... On August 29, we celebrated TEC Schmooze-a-Palooza, a time to meet in person, schmooze and pick up our High Holidays Gift Bags. Multiple departments and auxiliaries were stationed at tents around the parking lot. Members went from tent to tent to fill their Gift Bags with Challah, a Mahzor, Arts & Crafts for the kids and special gifts. There were also bagels, snow cones and yoga on the Warren Lawn! The event was a lot of fun and it got all the attendees ready to celebrate the new year with fun and surprises...

ROSH HASHANAH... From September 6-8, Rabbi Averbach, Rabbi Rachel and Cantor Kenny Ellis presided over Erev Rosh Hashanah and Rosh Hashanah services. We were live and in-person in the Sanctuary, while also live-streaming for those watching from home. On Day 2 of Rosh Hashanah, we were treated to a stirring sermon by our Rabbi Emeritus Richard Spiegel.

September 7 was our Tashlich Walk to Conejo Creek Park where USY organized a thoughtprovoking walk around the park, culminating with Executive Director Gideon Manzur blowing the shofar.

YOM KIPPUR... The High Holidays continued on September 15-16 for Yom Kippur. President Shari Mark delivered a call to action with her Kol Nidre Appeal and Cantor Kenny Ellis shared the bimah with a full choir, a cello and his son!

...THANKS TO ALL WHO MADE THIS A WONDERFUL HIGH HOLIDAYS!

The Religious School’s contribution is backpacks, which we fill with new school supplies for children in need

Our weekly Shabbat services for the Preschool are broadcast live on our TEC Preschool Facebook page every Friday morning at 11:00am

On Sunday, October 10th, we will host Watch Football with the Rabbis

On Sunday, October 31, we will have a Sunday brunch with a to-be-determined speaker

Cindy Scherr - President of WOTEC She can be reached at: womenoftec@templeetzchaim.org

Colin Pullan - President of Mens Club He can be reached at: colinclp@sbcglobal.net

Benny Sommerfeld - VP, Religion & Worship He can be reached at: religion@templeetzchaim.org

Jennifer Elson - VP, Membership She can be reached at: membership@templeetzchaim.org

In Honor of the Temple General Fund Gary Futterman

- A BIRD FEEDER FOR THE TEC GARDEN

- CROCHET A SQUARE FOR BLANKETS - JEWELRY FOR THOSE IN NEED

PACK - BACKPACKS FOR CASA PACIFICA - LUNCHES FOR THE HUNGRY

from the vault at TEC SEND YOUR COMMENTS AND MEMORIES TO SEN COM COMMUNICATIONS@TEMPLEETZCHAIM.ORG

MACHAR IS BACK! THE PROGRAM IS FOR KIDS IN K-2! WE MEET ONCE A MONTH AFTER RELGIOUS SCHOOL. IF YOU WANT TO JOIN, PLEASE EMAIL YOUTH@TEMPLEETZCHAIM.ORG

SEND TO COMMUNICATIONS@TEMPLEETZCHAIM.ORG WE WILL SHARE IN THE NEXT ISSUE OF ETZETERA! 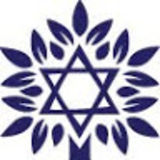