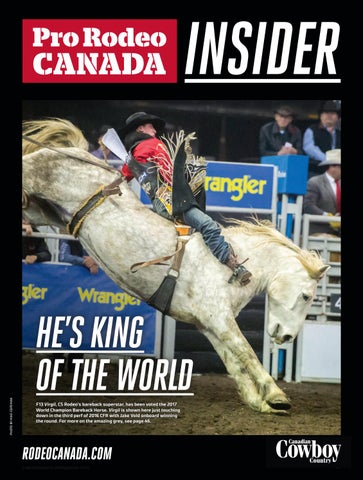 In a sensitive and touching move, the organizers of the 2017 Wrangler Nationals Finals Rodeo presented by Polaris RANGER have announced that out of the 121 back numbers worn by the competitors, only one — number 58 — will not be issued.

BLAIR COLIN STROH Oct 21, 1971 – Aug 24, 2017 Blair Stroh of Elkwater, Alta., the 1996 CPRA Rookie of the Year who went on to qualify nine times for the Canadian Finals Rodeo in tie-down roping and team roping, passed suddenly in a single-vehicle accident. He leaves behind his wife, Brandi, and their three children, Abbi, Jake and Nate.

TRAYLIN CHARLIE PEARL REAY Congratulations to Travis and Jacqueline (Stojan) Reay on the birth of their daughter, Traylin Charlie Pearl Reay on July 6, 2017. The couple had struggled to have a child and used in Traylin Charlie Pearl Reay, vitro fertilization, Travis sporting her mom’s 1998 LRA related. “She is our miracle Season Leader buckle baby,” he said. At one week old, Traylin hit the rodeo trail and to date she has already experienced over 30 rodeos with her multi-time CFR contender steer wrestling dad, and mom Jacqueline, herself a CFR qualifier (1998) and multiaward-winning barrel racer. “She is such an amazing baby; super happy all the time,” says Travis. “We are beyond blessed to have this little girl.”

The number will remain absent as a tribute to the 58 men and women killed in the shooting October 1 at an outdoor Las Vegas concert. “In coordination with Las Vegas Events, we have decided not to issue the number 58 as a way to pay our respects to the victims of this tragedy,” said PRCA Chief Operating Officer Aaron Enget. Yet the World Championship will go on. This year, there are nine Canadians competing at the WNFR; most will be accompanied by family and a contingent of Canadian fans. For those that aren’t able to get a seat in the perennially sold-out arena, the PRCA recently announced the launch of ProRodeoTV for the 2017

Congratulations to the 2017 inductees to the Canadian Pro Rodeo Hall of Fame. The inductees will each receive a beautiful bronze created by the award-winning artist Shay Keller of Rockglen, Sask.

Glen Keeley was the 1989 Canadian Champion Bull Rider, who passed suddenly in 2000 at the Ty Murray Invitational PBR. Keeley qualified for numerous CFR, NFR and Professional Bull Riders (PBR) World Finals and was inside the top five in the PBR World Standings when he died. To honour his legacy, in 2004 friends and family launched the Glen Keeley Memorial PBR in Stavely, Alta. The proceeds from the non-profit event are donated to the Glen Keeley Benevolent &amp; Scholarship Fund.

Inducted as a Builder of Rodeo, Bill Pimm was born in Lethbridge, Alta., then in 1954 Pimm moved his family north to Grimshaw where he became involved in plans to bring pro rodeo to the North Peace area. In 1977, Bill became President of the North Peace Stampede, a position he would hold for 20 years. Bill was honoured with the CPRA Committee Person of the Year in 1983.

Little Six was small, only about 1,400 lbs, but he bucked every time. In 1997 he was declared Bull of the Year in Canadian pro rodeo. A dark brown-and-black bananahorned bull, Little Six was ridden by Joe Dodds to a Calgary Stampede Championship.

BULL OF THE YEAR

Few horses draw as much attention as Virgil. The big grey is a photographer’s dream, with more “hang time” than a basketball star. Now coming nine, Virgil was raised by North Dakotan Dale Kling out of a Verne Franklin mare. Vern McDonald was looking for a superstar, and he knew Virgil fit the bill. “He’s the best investment I’ve made in a long time,” says McDonald. “Virgil and Make Up Face (another C5 superstar) put C5 Rodeo on the map,” said McDonald. In late October, it was announced that Virgil has also been chosen as the PRCA Bareback Horse of the Year.

In a world where “bad” means “good” Johnny Ringo is one bad bull. “He came from Nate and Jackie Gardner at Arrowwood,” said Nansen Vold. “He’s six years old. He’s very tiny for a bull.” It’s not his 1,250-lb size that prompted his award; he is a challenge to the bull riders who make money on his back. “He bucked at 25–30 rodeos this year,” said Vold. In fact, $12,500 was won by Jared Parsonage when he covered Johnny Ringo at 2017 Glen Keeley Memorial Bull Riding, only the second time that the bull had been ridden. Johnny Ringo was also named PBR Canada Bull of the Year.

BARREL HORSE WITH THE MOST HEART

SADDLE BRONC OF THE YEAR

What a blazing start for the seven-year-old mare, Ripn Lady, known as Ripp by her owner and pilot, Carman Pozzobon. “Last year was her first year running pro,” she explained. “The year before she was just started.” In two short years Ripp went pro, earned a berth at the ’16 CFR, earned season leader of 2017, earned another berth at the ’17 CFR and was voted in for this award. “She gives me 110 per cent every time,” she said. “When it’s time to make the run she’s ready to go like a missile.” “She tries, with all of her heart, every single run.”

He has roared out of the chutes at 10 CFRs, a half dozen times at the NFR and now for the fourth time, Get Smart is once again named Saddle Bronc of the Year. “He’s one of those horses who gets better with age,” says Macza. At 2016 WNFR, Macza made the change to right-hand delivery for the 2002 son of Northcott’s great stud, Wyatt Earp. “This is the way I look at it,” says Macza. “A good bucking horse is like a good woman. They’re very few and far between. And on both accounts if you find one, you’d better look after them.”

CPRA STOCK OF THE YEAR AWARDS

STEER WRESTLING HORSE OF THE YEAR

TIE-DOWN ROPING HORSE OF THE YEAR

Owned by The Milan family

At 14 hands, Smoke is low to the ground and on his back rides some of Canada’s top steer wrestlers. The Milan family bought the 18-yearold grade gelding in 2015 from Eldon Day in Oklahoma. “Ever since I got him he’s been a blessing,” says Tanner Milan. “He’s quite the little character.” Tanner isn’t the only winner on the horse’s back. “Scott Guenthner rode him all year and we ended up first and second in the standings. Straws (Milan) rode him too; he’s seventh in the standings. Both Scott and I made the National Finals this year on him too. It’s been a very good year for him.”

“It’s not an easy thing to win,” says TDR roper Erik Dublanko. “There are some good horses out there.” At 14.2hh Clyde isn’t the biggest horse in the arena, but for sure he is one of the most consistent, earning him the prestigious honour voted on by the other tie-down ropers. He’s 13 years old, and the grade bay gelding is in his prime. Dublanko bought Clyde from his friend, Randall Carlyle in Texas. “I bought him in January 2016 and brought him home in March.” “He tries all the time, and he’s got quite the personality,” laughs Dublanko. “I’m proud that he won this — he’s a good horse.”

HEADING HORSE OF THE YEAR

HEELING HORSE OF THE YEAR

“It’s such an honour,” says Roland McFadden. “There are always great horses in rodeo but right now, especially in the team roping, there are so many great ones that to have him voted in is a pretty cool thing.” McFadden has had his eye on the 2004 gelding for a while. “I bought Wrangler off Clint Weston last fall after the CFR,” says McFadden. “He hadn’t been ridden since Bruce (Stampede) and I took him to Regina and ever since it’s been great,” he said. Keep an eye out for the big blue bay roan. “He’s definitely the prettiest one of the two of us,” laughs McFadden.

“It’s pretty exciting,” said Jeremy Buhler upon hearing that Rick James, his heeling horse since 2009, has won the coveted award two years running. Perhaps the gelding’s biggest show was at the 2016 WNFR when Buhler rode him to a World Team Roping Heeler Championship. “I rode him in all 10 rounds,” he said. Buhler has also ridden Rick James in every CFR he qualified: five — and counting. The 14.2 hand dun is fit and well looked after. “He’s got really good bone and for a small horse he wears a size-one shoe,” said Buhler. “He’s built to last.”

T WILL BE THE LARGEST CONTINGENT OF CANADIANS COMPETING AT THE WRANGLER NATIONAL FINALS RODEO IN 20 YEARS. NINE QUALIFIED FOR THE

YEAR-END FINALE IN LAS VEGAS, THE MOST SINCE 10 FROM THIS SIDE OF THE BORDER MADE THE CUT IN 1997. AT THE TOP OF THE LIST IS DEFENDING WORLD SADDLE BRONC CHAMPION, ZEKE THURSTON.

difference this year,” concludes Hansen, who broke his ankle in late July 2016 at Cheyenne, Wyo. “I think I made about $10,000–$15,000 during Cowboy Christmas which put me in the top 15 and luckily I stayed there.” Joining Hansen as an NFR rookie is steer wrestler, Scott Guenthner, who rode a small stable of borrowed horses throughout the season because of an injury to his 2014 Steer Wrestling Horse of the Year, Itzy. “I really hope my own horse would come back,” offers Guenthner, who finished 31st in the world standings last season. “I knew I could ride other horses and I don’t really think about it. If it works, it works, if it doesn’t, it doesn’t.” Saddle bronc rider Layton Green is also a first-time qualifier and has himself in immediate contention for a world title after finishing fifth in the World standings. “That lit a fire inside my stomach and I told myself I wasn’t going to miss it again,” confides the 23-yearold, who narrowly missed the NFR cut last season by finishing 19th. “My mental game got stronger, too. I’ve trained my mind to treat every situation the same and don’t let anything get in the way of winning.” Three-time Canadian champion bareback rider, Jake Vold is back in Vegas for a third time after finishing runner-up to the world title last year. Vold vaulted into the top 15 after winning the Ponoka Stampede. “I wasn’t paying much attention to the standings until then,” admits Vold. “That was a huge weekend for me. I needed that big time.” The rest of the group includes steer wrestler, Tanner Milan, back for the second time in three years, defending world team roping heeling champ, Jeremy Buhler, who will be without partner Levi Simpson this time around and reigning Canadian saddle bronc champ, Clay Elliott, back for a second straight year. c

My name is Dustin Coates, most know me as an avid Team Roping Competitor and enthusiast. I have now taken my love for Rodeo &amp; Agriculture and am excited to announce my new role with Mountain View Dodge as their Executive Account Rep. to help serve all your vehicle purchasing and servicing wants &amp; needs. I am excited to continue to serve my current customers as well as grow and build a new list of customers!

SAVE THOUSANDS Special Pricing For All CPRA Members Fleet Discounts For Farm &amp; Ranchers We won’t be beat across the line on Pricing or Service!

Grab your trip by the horns and make it a vacation. Combine your Book Early &amp; Save discount with Your Rate to get up to 20% off—it’s our lowest rate, exclusively for IHG® Rewards Club members who book direct. Visit IHG.com/SAVE20CA to book and for details.

IHG® is proud to be the Official Hotel Group of the CPRA.

*IHG® Rewards Club not applicable to Kimpton® Hotels &amp; Restaurants; to be included at a future date. © 2017 InterContinental Hotels Group. All Rights Reserved. Most hotels are independently owned and/or operated.

Inside every issue of Canadian Cowboy Country, the Pro Rodeo Canada Insider brings you the latest news from the world of professional Canadian rodeo, including the upcoming rodeo schedule, profiles on athletes both two-legged and four-legged, and who’s coming up in the rodeo world. rodeocanada.com 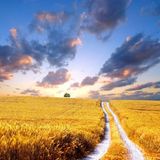