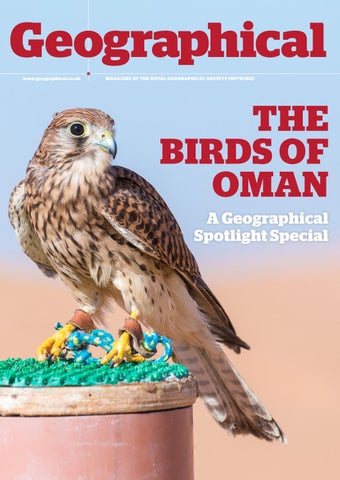 MAGAZINE OF THE ROYAL GEOGRAPHICAL SOCIETY (WITH IBG)

THE BIRDS OF OMAN A Geographical Spotlight Special

Discover the beauty of Oman There is so much more to Oman than the beach resorts close to Muscat. We can take you into the Al Hajar mountain range to meet with a village elder and learn how to make rose water from the blooms cascading down the mountain slopes. You can explore World Heritage Sites such as the Frankincense Route and Bahla Fort; go glamping in the desert under the stars; and stay in some of Omanâ&#x20AC;&#x2122;s most luxurious hotels. We think the best advice comes from someone who has been there, so talk to one of our Oman experts today.

Cormorant birds on the beach of Musandam, to the north of Oman

The general impression of Oman is one of neverending desert and sparse wildlife. A camel train resting at an occasional oasis, sand snakes leaving their unique curved marks on the dunes. What might be less expected is how, in the summer months, the countryâ&#x20AC;&#x2122;s 2,000-mile coastline becomes a lush, green siren call for hundreds of species of migrating birds Text and photography by Nasser Al Kindi

he Sultanate of Oman, on the southern edge of the Arabian Peninsula, is a country whose flora and fauna is as interesting as it is diverse, harbouring such rarities as the Arabian humpback whale and the elusive Arabian leopard. In the north, bordering the United Arab Emirates and the Gulf of Oman, the landscape is dominated by imposing mountains, pristine beaches and fertile plains. The south, bordering the Kingdom of Saudi Arabia and Yemen, is home to a rugged coastline. Between north and south, the midland is composed of desert and gravel plains, including parts of the Rub’ al Khali – the great Empty Quarter. But it is the country’s southern governorate of Dhofar that is affected by monsoon winds that last for three months every summer, covering the nearby mountains and their adjoining plains with green vegetation. As colder water upwells from the Gulf of Oman in June, winds blowing from the Indian Ocean scoop it up and carry it inland. The mist-laden winds

are trapped by the mountains that arch over a major part of Dhofar, transforming them into fertile ground. Temperatures drop to below 26ºC and the newly emerging banquet tempts birds such as the greyheaded kingfisher and the diderik cuckoo to migrate from Africa (much like cuckoos elsewhere, when the dideriks arrive in May they oust the resident Rüppell’s weaver which are more prevalent). Later in the season, thousands of terns lay eggs on the untouched eastern coastline of Dhofar, just a short distance from the flocks of Socotra cormorants dotting the beaches of Hadbain and Hasik further to the east. As a result of this activity, Oman has in recent years seen an increasing number of overseas visitors interested in birdwatching. At the same time, an increasing number of young Omanis are also pursing birdwatching and bird photography as a hobby, keen to catch sight of the 528 species recorded thus far. l n Nasser Al Kindi is a photographer,

writer and filmmaker who has published two books on birds, Birds in Oman (in English and Arabic) and Birds of Oman and the Arabian Peninsula. This November he is scheduled to publish Dhofar’s Weaver, a story for children inspired by nature. He has filmed two wildlife documentaries, Wilderness Dhofar and The Weaver’s Nest and contributed to the making of Wings of Oman. Al Kindi is a recipient of His Majesty Sultan Qaboos Award for Voluntary Work and holds a Master’s Degree in Wildlife Documentary Production from the University of Salford in the UK.

The Oman Bird List has recorded sightings of 528 bird species in the country as of September 2018, belonging to 76 of the 231 families that are said to exist in the world (‘family’ being the higher categorisation level that encompasses groups of related species). The number constitutes five per cent of the total number of species found worldwide.

Oman attracts birds migrating from Asia (the Indian-Malayan region) to Africa, where they winter, as well as migrants from Africa to the southern parts of the country. The Sultanate is also a destination for ‘Old World’ species coming from Europe to the stony plains in the eastern governorate of the South Sharqiya and the southern end of Al Wusta Governorate – the country’s midland region.

CROWNED HERON The Barr Al Hikman peninsula in the midlands was designated a Ramsar Wetland of International Importance in 2013 and today is a key stopover in the west Asia-east Africa flyway. Surveys estimate that each year, over half a million shorebirds make a stopover at this 150 square kilometre sanctuary of predominantly intertidal mudflats and lagoons. According to the waterbird census carried out in 2013, ‘the population wintering at Barr al Hikman exceeds one per cent of the total flyway population.’

n Oman is one of the world’s youngest countries,

with almost half the population under the age of 25. The rest of the population is overwhelmingly of working age, with 44 per cent aged between 25 and 54, and only seven per cent (around 250,000 people) aged over 55. This lean towards youth is a key reason for Oman’s remarkably low death rate – only 3.3 deaths per 1,000 people each year (only fellow Gulf nations Kuwait, Bahrain, Qatar and the UAE are lower) – and explains why the country’s population is growing at two per cent every year, despite having a negative immigration rate. Regardless, nearly half of Oman’s roughly five million population is made up of immigrants, primarily from south Asian nations such as Sri Lanka, Pakistan, Bangladesh and India.

resources, Oman is one of a handful of countries to still source almost all of its energy from fossil fuels, specifically the oil and natural gas right beneath its feet. Oman produces one million barrels of crude oil per day (out of known reserves of 5.4 billion barrels) and 30 billion cubic metres of natural gas (out of a known 650 billion). Exports of these can generate 85 per cent of government revenue. Such profitable domestic production has enabled Oman to offer generous fuel subsidies to inhabitants, although these have been cut back in recent years as the government tries to balance the books.

DRINKING WATER FROM A MAN-MADE POOL BUILT FOR CAMELS In spite of efforts exerted by the government, volunteers and NGOs, Omanâ&#x20AC;&#x2122;s avian fauna face numerous challenges, some of which are on the rise. Chief among these is the rapid spread of human settlements, resulting in a loss of habitat for avian and other fauna.

RESIDENT, THE LITTLE OWL IS ONE OF TEN TYPES OF OWLS RECORDED IN OMAN Like its neighbouring countries, Oman struggles to control the wide spread of the invasive Common Myna and House Crow species, thought to be one of the prime causes of decline in numbers of breeding residents such as these owls or birds such as the Indian Roller or Eurasian Hoopoe.

PASSAGE MIGRANTS AND WINTER VISITORS In recent years, an increasing number of Omanis have taken an interest in birdwatching, thanks to the efforts of volunteers and awareness programmes put in place by government establishments and voluntary institutions. Today, an increasing number of photographers have taken an interest in conservation issues as well as ornithology. The Oman Bird Records Committee now shows a steady increase in the number of Omanis who are well versed and highly educated in the biology and behavioural sciences of avian fauna.

n Similar to much of the Middle East, Oman is a highly

urbanised nation, with around 85 per cent of inhabitants residing in cities. The majority are clustered around the capital, Muscat (home to a million-and-a-half citizens), and near the Al Hagar mountains to the northeast of country, running along the Gulf of Oman coastline, which now incorporates the historic port of Muttrah. Between 1508 and 1650, the city was a Portuguese-run port, and the modern city features numerous Lusophone motifs, as well as Arab, Persian, Indian and African influences. A second urban cluster can be found to the far south, around the city of Salalah, on the edge of the Arabian Sea. Noted for its prosperity by Marco Polo, Salalah grew wealthy independently thanks to the export of frankincense, but was eventually absorbed by Oman in the 1800s. Much of the rest of the country is sparsely populated, consisting of remote towns and villages.

n A RÜPPELL’S WEAVER, A BREEDING

RESIDENT IN DHOFAR PARASITISED BY THE SUMMER VISITS OF DIDERIK CUCKOOS Towards the end of one year and the beginning of another, Dhofar becomes a warm retreat for thousands of migrating birds. With its dump site, water treatment facility and lagoons, the port area of Raysut becomes a haven for hundreds of eagles, storks, egrets, herons, ibises and even flamingoes.

“CAMPING IN A LUXURY BEDOUIN TENT IN OMAN’S CAPTIVATING DESERT” To be in with the chance to win a luxury A&K holiday to Oman for two, share your #TravelMoment at abercrombiekent.co.uk/TravelMoment 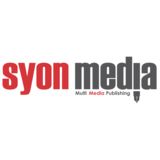 Geographical – The Birds of Oman

Geographical – The Birds of Oman