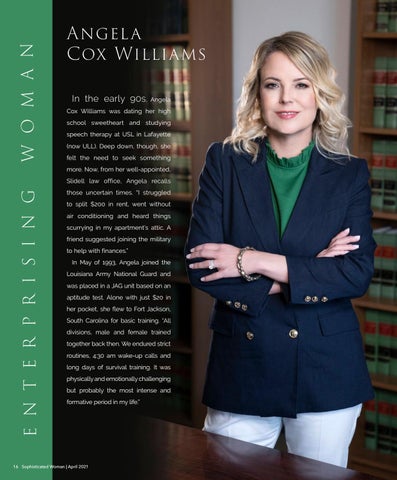 Angel a Cox Williams In the early 90s,

Cox Williams was dating her high school sweetheart and studying speech therapy at USL in Lafayette (now ULL). Deep down, though, she felt the need to seek something more. Now, from her well-appointed,

Slidell law office, Angela recalls those uncertain times. “I struggled to split $200 in rent, went without air conditioning and heard things scurrying in my apartment’s attic. A friend suggested joining the military to help with finances.” In May of 1993, Angela joined the Louisiana Army National Guard and was placed in a JAG unit based on an aptitude test. Alone with just $20 in her pocket, she flew to Fort Jackson, South Carolina for basic training. “All divisions, male and female trained together back then. We endured strict routines, 4:30 am wake-up calls and long days of survival training. It was physically and emotionally challenging but probably the most intense and formative period in my life.” 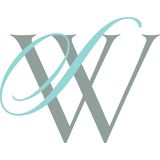