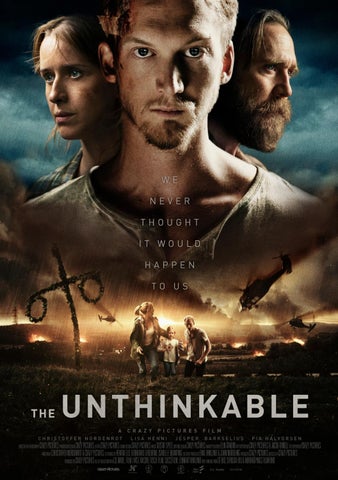 It’s Midsummer and Sweden wakes up to a raging flight alarm. TV, internet and the telephone network are down, and before anyone realizes what’s behind the collapse, a series of unexplained events take place around the country. ALEX is a successful artist whose controlled existence is disturbed when his mother dies in a suspected terror attack against Stockholm. For the first time in several years, Alex is forced to return to his childhood village to arrange the funeral. By accident Alex meets ANNA, the youth love he has desperately been trying to forget. As old feelings are coming alive, more attempts around the country take place Sweden is under an unknown attack. Will Alex succeed to reconcile with Anna before it’s too late? Alex’ dad BJÖRN works in a substation underground and is one of the first to suspect that something is seriously wrong. When no one listens to his warnings, he decides to take the country’s future into his own hands.

Anna’s mother EVA is a minister and part of the government’s war delegation whose purpose is to control the country from a secret location. But after a failed evacuation of the parliament building, it’s soon clear that Eva is the only survivor in the government. But what really matters when everything is at stake? To save the country or to find her daughter? At the same time, Alex and Anna seek protection in what seems to be the only safe place in the village, Björn’s sub-station. Alex and Björn have not met for several years and are now forced to repair their bad relationship while fighting for their lives. When it’s clear that they got in the middle of the mysterious enemy’s next target, they are all forced to make irreversible decisions. THE UNTHINKABLE is about how ordinary people like you and me would react if the worst would happen. Who would we call? Where would we go? Film collective Crazy Pictures’ feature debut is a thrilling story that both touches and surprises.

DIRECTOR’S NOTE Sweden is under a mysterious attack. We are experiencing the scenario through the perspective of the common people. You and I. How would we react if the phones didn’t work and the internet shut down? Where would we go if the flight alarm went on? Should our priorities be changed? THE UNTHINKABLE is a relationship drama/ thriller in a disaster environment. Consistently, we experience the scene from the perspective of our main characters without knowing what’s going on around the corner. It invites to nail biting excitement, but also an intimate character design. We wanted to make an exciting film without compromising on the drama. We invest a lot of time in the characters and engage the audience in their relationships. Just when you forget that it’s actually a spectacular film you’re watching, it’s exploding. Big time. And when the threat comes closer you really care about the people whose lives are in danger. Mystery. Nostalgia. Human fragility. Three keywords we used to weld together all

aspects of production to a collective vision. Whether it was acting or scenography, photo or music, the goal has been to create something that feels mystic and tickling, related and above all imperfect. Just like us humans. The work of expressing human fragility went so far that we chose not to rehears anything with the actors. Instead, we conducted long conversations about backstory and motivation, so the game on the shooting would feel alive and in the moment. Several of the best moments in the film are improvised on location. For the cinematographer, it meant shooting on old Soviet lenses to create uncontrollable character and life in the image. For the composer, it meant to build the sound around analog synthesizers and church organs. All these details to achieve our primary goal with the film; to create a film that feels alive and authentic. /Crazy Pictures

CHRISTOFFER NORDENROT Christoffer Nordenrot is a Swedish actor and scriptwriter. Together with the film collective Crazy Pictures he created one of Swedens first truly big viral successes ”Poetry for Fishes” (Poesi för fiskar, 2010). He plays the leading role in the feature film ”The Unthinkable” which he also co-wrote the script for. Christoffer has starred in several films and TV-series in Sweden, both comedy and drama. He played one of the main characters, Bill, in the TV-series ”Fallet” (2017) which won the award for ’Best Comedy Drama’ at the ’C21 Drama Awards’ in London 2017. LISA HENNI Lisa Henni is a Swedish actress born in Östersund and educated at ’Mountview Academy of Theatre Arts’ in London. In 2009 she made her acting debut in the critically acclaimed movie ”Easy Money”(2010) and has since then appeared in more than twenty Swedish films and TV productions Such as ”Fallet” (2017), ”Midnight Sun” (2016) and ”Remake” (2014). In 2017 she started her international career with a leading role in the TV series ”Rig 45” (2018).

JESPER BARKSELIUS Jesper Barkselius is a Swedish actor educated at the ’Gothenburg Academy of the Arts’ and has been working at Sweden’s largest regional theater, ’Östgötateatern’, since 2002. Jesper has participated in several television and film productions such as ”False Trail” (2011) and ”Anno 1790” (2011). In 2018, Jesper is seen in ”The Cake General” and Crazy Pictures’ ”The Unthinkable”. PIA HALVORSEN Pia Halvorsen is a Swedish/Norwegian actor born 1965 in Oslo, Norway. 1986 she moved to Stockholm and is educated at the ’Kulturama Drama school’ and ’Stockholms School of Performing Arts’ 90-94. Since then she has participated in several television-, film- and theatre productions, such as the TV-series ”The Lawyer (2018), ”Real Humans” (2014), ”Holby City” (2013) and feature films ”Stockholm Stories” (2013), ”All Inclusive” (2017) and ”Beck – Buried Alive” (2009).

THE CREW JOHN NORDLING Executive Producer John Nordling is a film producer and stands behind the feature film ”Let the Right One In” (2008), directed by Tomas Alfredsson. It has so far been sold to 54 countries and been awarded five ’Guldbagge Awards’ (Swedish equivalent to the ’Oscar’) as well as won the ’Tribeca Film Festival’. In 2010 John produced the American re-make titled ”Let Me In”, together with the director Matt Reeves (Cloverfield, Planet of the Apes). CHRISTOFFER NORDENROT Co-scriptwriter Christoffer Nordenrot is a scriptwriter and an actor, educated at the Theater academy in Malmö. He is primarily self-taught in the field of screenplay through his work with a number of scripts that has been produced. He has written feature films and short films but also web series, music videos and commercials in various genres. Together with Crazy Pictures Christoffer wrote the script for the feature film ”The Unthinkable” in which he also plays the leading role. For the same production company, Crazy Pictures, he wrote the scripts for ”Poetry for Fishes” (Poesi för fiskar, 2010). Sweden’s most popular short films and a Youtube phenomenon. TORMOD RINGNES Sound mixer Tormod Ringnes is a award winning sound designer and sound mixer from Norway with titles such as ”Kon Tiki” (2012), ”Pirates of The Caribbean – Dead Men Tell No Tails” (2017) and ”Headhunters” (2011). He is based in Oslo and is working with his own post production company Uhørt.

GUSTAF SPETZ Composer Gustaf Spetz is a Swedish composer, music producer and artist that has written and recorded all music for ”The Unthinkable”, including the arrangement of the Swedish hymn ’Den blomstertid nu kommer’ with artist Frida Sundemo. Gustaf has released two albums under his own name and have played together with different Swedish artists. He’s written the music to almost all Crazy Pictures’ earlier films. LENNART WIKLUND Co-Producer Lennart Wiklund has worked with film production since 1982 and has been involved in over 50 Swedish film productions as well as acquisitions of over 100 films from the US and Europe. Between 1984-1996 he was the CEO of Sweden’s biggest cinema and production company AB Svensk Filmindustri (SF Studios)/ SF Bio and was in the board for both of them in 1996-2012. Furthermore, he has been in the board of the Swedish Film Institute, Scanbox and Mediaföretagen. EMIL WIKLUND Executive Producer Emil Wiklund is an advisor/executive producer who has been involved in over thirty film and television projects both in Sweden and internationally. Amongst others he was an executive producer for the critically acclaimed, Grand Jury Prize Winner at Sundance Film Festival and winner of best film at the Swedish Guldbagge awards ”The Nile Hilton Incident” (2017) directed by Tarik Saleh.

Crazy Pictures is a film collective from Sweden, renowned for its acclaimed and spectacular short films on Youtube with millions of viewers and screened on film festivals around the world. The group works closely together and stands for all major roles such as director, producer, scriptwriter, director of photography, production design, costume design, sound design, visual effects and special effects. ”The Unthinkable” is the collective’s first feature film. The core of Crazy Pictures is five friends who have made films together since they were children. In 2008, they founded the company

and have since then taken film productions from idea to finished film. The five founders share the film’s most crucial and creative roles and often allow responsibility to patch over each other. Since 2015 they are signed by the Hollywood management 3 Arts Entertainment. Crazy Pictures love big challenges and their idea is to make big films in a small way. In Norrköping, Sweden they have their own studio and office with all the necessary conditions for making films. Within their four walls, they do everything from editing, sound design, scriptwriting, producing, making VFX to building sets, developing special effects and playing ping pong.

â&#x20AC;?The Unthinkableâ&#x20AC;? is the first feature film by the Swedish film collective Crazy Pictures. The film was launched on Kickstarter and became the biggest crowd funded feature film ever in Sweden. Since then, the project has grown into a full-scale feature that premiered in the summer of 2018. Executive producer is award winning producer John Nordling (Let the Right One In, 2008, Let Me In, 2010).

WE NEVER THOUGHT IT WOULD HAPPEN TO US 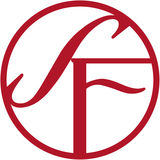