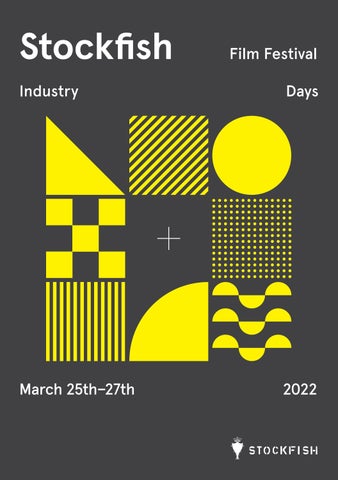 Saturday 26th of March Madden’s Miss Sloane starring Jessica Chastain, James Ponsoldt’s The Circle; and The Old Man And The Gun starring Robert Redford anda Sissy Spacek. Prior to EuropaCorp, Sainte-Rose was Director Of Worldwide Acquisitions for Universal Pictures, sourcing projects for the studio and Focus Features. She previously worked at StudioCanal, where she led the acquisition of such films as Moonrise Kingdom and Silver Lining Playbook.

Sainte-Rose graduated from the Sorbonne and Columbia University with a degree in Entertainment Law.

Works in progress has been a regular part of Stockfish’s industry days. Works in Progress gives filmmakers who are not ready for screenings a unique opportunity to present their work to foreign press and other industry professionals who attend the festival at any given time.

Mendonça and Lesclaux are among the most respected filmmakers in Latin America. Their films have achieved great international acclaim and received hundreds of accolades, including at Cannes Film Festival, where Mendonça has also served on juries. In this masterclass, they will discuss filmmaking at home and abroad, from the perspective of the filmmaker and the producer. Also from the angle of a critic since they have been unafraid to air their political views on the situation in their home country in their works, speeches and writings.

Today’s ways to tell a story to an audience has changed dramatically in the last 10 years or so. The platforms are endless in addition to what once was a written story or a film. Today we have platforms like youtube, TikTok, and computer games which is safe to say has changed the scriptwriting landscape completely and offers endless possibilities in telling a story. In recent years we have seen popular games turn into films and series and vice versa. What does that mean for modern-day scriptwriters? What are the opportunities and what are the challenges? For the discussion, we have Pamela Ribon who is among the screenwriters of several big Disney films including Moana and Ralph Breaks the Internet just to name a couple. Daði Einarsson lead writer at Myrkur Games producer of Echoes of the End, Sara Gunnarsdóttir director and animator, and Ragnar Bragason who also moderates.

PANEL For the discussion, we have Anika Kruse, Sigríður Rósa Bjarnadóttir (IFA), Anna María Karlsdóttir (IFC) and more TBA. Anika has a degree in media and communications and, since the beginning of 2021, she is an IHK-certified (IHK = Chamber of Commerce and Industry) “Green Consultant Film &amp; TV“, trained by the sustainability expert, director, and author Philip Gassmann. In autumn 2021 she passed the exam in “Transformation Manager Sustainable Culture (IHK)“. Furthermore, as a member of the board of the Federal Association of Green Film &amp; TV Consultants, she is responsible for further education, consulting and communication. Anika Kruse will also have a Green Shoot Session on Monday 28th of March at 5.30 PM in Bíó Paradís and present the German standards, the professional skills of the green consultant and examples of implementation possibilities.

INSPIRATIONAL VISIT with Birgit Heidsiek (online) Birgit Heidsiek will visit us online from Green Film Shooting, the European Center for Sustainability in the Media Sector. The visit is followed by a panel.

The team behind LAMB is the first one in Icelandic cinema history to receive an international award in their category. They talk about the road that led them to win the European Visual Effects award at EFA. Hrönn Kristinsdóttir (producer), Bjarki Guðjónsson and Eggert Baldvinsson (Trickshot) talk about the post-production of Lamb. How the shootings were set up to accommodate the special effects, working remotely with Swedish post-production company Chimney and at last discussing the importance of a post-production supervisor no matter the scale of the project.

Networking is a crucial part of the Stockfish Industry Days. Creating a space for people in the industry to exchange their ideas and visions we are not only providing important support to the Iceland Film Industry but also building strong and long lasting relationships with people in the international film industry.

There will be an Industry Mixer at 19:00, Friday &amp; Saturday at Landsbankahúsið.

Works in Progress Get Together

Here is our Industry Day Program for 2022! 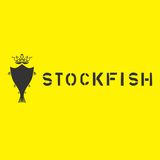