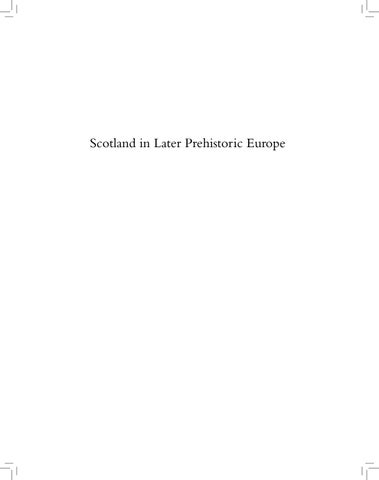 The authors and the Society of Antiquaries of Scotland gratefully acknowledge funding towards the publication of this volume from the Marc Fitch Fund, the Robert Kiln Trust and National Museums Scotland.

3  Bronze objects for Atlantic elites in France and beyond (thirteenth–eighth century bc) 19   Pierre-Yves Milcent   4 The Later Bronze Age and Early Iron Age in the southern Low Countries: where East meets West   Eugène Warmenbol

5  Changes in iconography, votive practices and burial rites at 500 bc in southern Scandinavia   Flemming Kaul

6  ‘I have not been able to discover anything of interest in the peat’: landscapes and environments in the    Later Bronze and Iron Ages in Scotland   Richard Tipping

7  Keeping up with the neighbours? Changing perceptions of later prehistoric societies in central Britain   Colin Haselgrove

10  Within these walls: household and society in Iron Age Scotland and Ireland   Ian Armit

11 The hillforts and enclosed settlements of Scotland: an overview   Ian Ralston

The papers in this volume were delivered at a conference held by the Society in Edinburgh on 19–21 September 2008. The conference was organised by a sub-committee of the Society’s Research Committee, chaired by its convenor, the late Ian Shepherd, and comprising Dr David Clarke, Dr Simon Gilmour, Dr Fraser Hunter, Dr Brendan O’Connor and Professor Ian Ralston. For tremendous assistance in the practical aspects of organising what was a memorable and well-attended conference, thanks are due to the Society’s Director, Dr Simon Gilmour, and its staff, especially Jacqui Clabby and Jan Paterson. The editors were invited to take the proceedings of the conference forward for publication – a process which has proved more protracted than we intended owing to pressures of other work, but we feel the resulting papers are worth the wait. The conference was supported by Aberdeenshire Council, Historic Scotland, National Galleries of Scotland, National Museums Scotland, RCAHMS and the University of Glasgow. The publication has been grantaided by the Marc Fitch Fund, Robert Kiln Trust and National Museums Scotland. 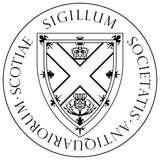 Society of Antiquaries of Scotland

More from Society of Antiquaries of Scotland