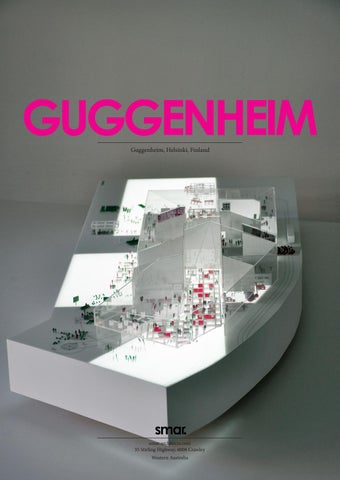 The right to the City: A Museum for 2 Helsinkis The Street has been vital for the basic function of society and imperative for a true democracy to function. Against the abstraction of architectural space, space is to be understood as the product of social structure. The street is the place where always is something happening. A Space of Action where inhabitants continuously reinvent themselves. Climatic link: 2 Helsinkis Due to its particular extreme climatic conditions. There are 2 Helsinkis in Helsinki. 2 different cities in 1 city. Summer Helsinki and Winter Helsinki. A lot of Open Air Activities could happen in Public Space but most of them are not possible during the 6 cold months of the year. That means that the City Streets can only be used 100% as a Public Space half of the year. We propose a Strategy that could offer back to the City of Helsinki a Street, a Public Space at no additional cost able to be used also the 6 cold months of the year. A New Interior Street through the Museum could allow Public Activity in winter when the cold external conditions leave the city streets empty. In summer the Interior Street is open, deploying its creative content into the public realm redefining public space.

A critical shift, from the idea of a building as a static object, to a building that can accommodate the flux of daily life. The life of Street Art.

The Paranoid-critical Museum: The Aura of Monumentality vs the Performance of Instability While an increasing “unofficial” art was blooming in the streets from the second half of the XX Century, Museums have been historically focused in Gallery Art, excluding Street Art and more importantly, excluding Public Space production. Like an unresolved conflict the desire of permanence of Museums and the changing nature of the Street Art have been incompatible. But what if this paradox could be solved through a binary architecture that blends the aura of monumentality with the performance of instability? The Museum: Towards an Inclusive Museum The History of Museums has been the History of Monumentality. The Architectural expression of the Monument is the Icon as the representation of a Top Down philosophy. Museums have changed from institutions where information was directed in only one way: towards the viewer into institutions that are increasingly creating conversations with the user. Non-iconic architecture strives to prioritize the human scale of a space over its merely sculptural value. Street Art: The “Other” Art The use of Street Space forms the basis for basic social discourse, from political gatherings to Art creation or community expressions. The Street has been vital for the basic function of society and imperative for a true democracy to function.

Street art is created in public locations, outside of the context of traditional art venues like Museums. The term gained popularity during the graffiti art boom of the early 1980s and continues to be applied to subsequent incarnations.

The Chameleonic Space implies an open identity in which artists and citizens are free to take on different roles, adapt to ever-changing needs, and build communities and networks independent and facilitated through technology. This transformative Space mitigates the inability of Museum infrastructure to respond rapidly to their needs.

We propose an Interior Street, an additional un-programmed space, which is not included in the original brief, which opens the building up to citizenâ&amp;#x20AC;&amp;#x2122;s appropriation.

We propose a Strategy that could offer back to the City of Helsinki an Extra Space at no additional cost. An added value for the City that transcends traditional Exhibition Spaces.

A Interior Street as a Field of mediation between social groups and institutions.

Crossing the museum allows pedestrian, bikers, skaters to go through an intense experience of Art at different speeds in their way to the city.

The Interior Street, Extra City Space, proposes a set of Unique Spaces that contains an almost unlimited number of conditions and situations that Public Space could offer to present, to study, (re) contextualize, or even provoke the people that enters it, whatever form it takes. A critical shift, from the idea of a building as a static object, to a building that can accommodate the flux of daily life. The life of Street Art.

In Helsinki there are empty Living Rooms and Streets full of Art. Raoul GrĂźnstein. Korjaamo Museum 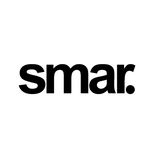