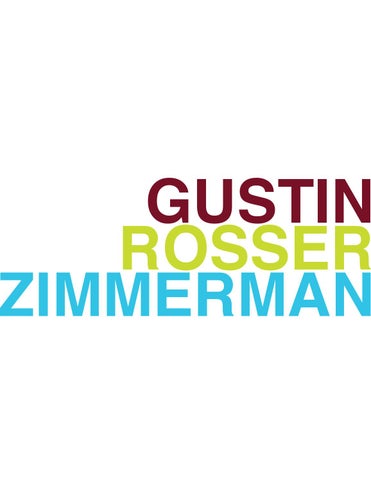 Sherry Leedy Contemporary Art is pleased to announce three exhibitions of artists with strong connections to the Kansas City region. Chris Gustin and Arnie Zimmerman received their undergraduate degrees from the Kansas City Art Institute after studying ceramics under Ken Ferguson. Their education together at K.C.A.I. and similar firing methods are not as apparent as the separation in their aesthetic preferences. Originally from Wales, Warren Rosser moved to the U.S. in 1972 and is currently Distinguished Professor of Painting and Chair of the Painting Department at the prestigious Kansas City Art Institute.

Chris Gustin, based in South Dartmouth, Massachusetts, creates human scale, coil built vessels. Within all his work, “the underlying search for meaning lies with an innate need to seek a sense of beauty.” In the early 1980’s Gustin’s work shifted as he realized the vessel could speak metaphorically to the figure. The human body became a source to explore as common life experiences began to influence his form and reflected the inner turmoil and exuberance of life. The carefully considered edges and asymmetric undulations that define the hard and soft planes of Gustin’s vessels are enveloped in subtle and sensuous glaze, revealing a quiet beauty that seems to be both body and landscape. His forms are covered and defined by a “skin” that contains the expansive vista of the interior. The relationship of the form and surface, inside and out makes the poetry of the object sing and breathe.

Throughout Warren Rosser’s career his artwork has explored the visual language of abstraction. Vibrant color, untraditional tools and materials, lush paint, and interlocking forms have shaped his sculpture, mixed media constructions and paintings. In this new body of work entitled the space between, Rosser takes inspiration from a sense of place that allows him to explore and reflect on his past and the impact of his experiences on the present. “This work is about a sense of place- places that exist in the form of a memory, and places of a more recent experience. It is about the distance between how one relates to one’s current environment and the memory of the past.” These paintings hold the possibility of reflection, insight and memory and map those sensations, impressions, atmospheres, and predictions into color, line and form. “The work is about distances near and far, in the past or the present. It may on the surface, appear as an abstraction inflected by certain constructive or architectural aspects, but in reality is a representation of place. The work is about materials and materiality. It is about an interconnection of forms and color where the pressure of the edge is constant throughout the painting. It manifests a translational process, both mental and physical, which reveals relationships from past work, reappearing like echoes in a new context.”

Arnie Zimmerman has worked in his Williamsburg studio in New York for over 30 years watching and responding to the transformation of his neighborhood and city with a mix of awe and regret. Zimmerman’s oeuvre ranges from totemic, monumental, carved vessels of the 1980’s and 90’s to the densely populated, curiously busy, figurative tableaus of post 9/11. His most recent work is made up of eccentric vessels that are boisterous, confident, oddly human, sturdy, gritty, and fragile. Each form seems to have a distinct personality. Some are reminiscent of figures in the city that are seen daily pushing shopping carts loaded with sacks or plumbing while others seem festooned for a ruckus. The vessels are made of common clay, a material so durable as to be eternal and yet as fragile as life itself. Zimmerman has said, “I have a reoccurring dream about walking down a familiar street in the city and suddenly seeing an alley unknown to me. I walk down the alley finding different people, architecture, undiscovered neighborhoods...The feeling of wonder and displacement and longing, or saudade, for this other reality is what I’m after in this work.”