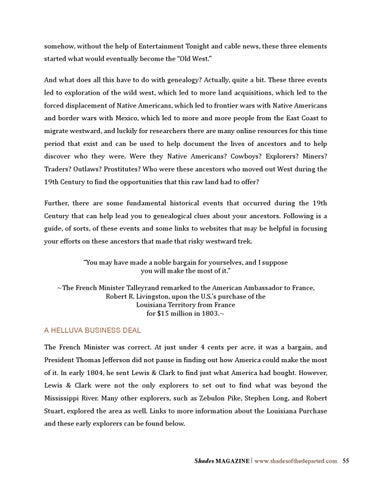 somehow, without the help of Entertainment Tonight and cable news, these three elements started what would eventually become the “Old West.” And what does all this have to do with genealogy? Actually, quite a bit. These three events led to exploration of the wild west, which led to more land acquisitions, which led to the forced displacement of Native Americans, which led to frontier wars with Native Americans and border wars with Mexico, which led to more and more people from the East Coast to migrate westward, and luckily for researchers there are many online resources for this time period that exist and can be used to help document the lives of ancestors and to help discover who they were. Were they Native Americans? Cowboys? Explorers? Miners? Traders? Outlaws? Prostitutes? Who were these ancestors who moved out West during the 19th Century to Qind the opportunities that this raw land had to offer? Further, there are some fundamental historical events that occurred during the 19th Century that can help lead you to genealogical clues about your ancestors. Following is a guide, of sorts, of these events and some links to websites that may be helpful in focusing your efforts on these ancestors that made that risky westward trek. “You may have made a noble bargain for yourselves, and I suppose you will make the most of it.” ~The French Minister Talleyrand remarked to the American Ambassador to France, Robert R. Livingston, upon the U.S.&#39;s purchase of the Louisiana Territory from France for $15 million in 1803.~ A HELLUVA BUSINESS DEAL The French Minister was correct. At just under 4 cents per acre, it was a bargain, and President Thomas Jefferson did not pause in Qinding out how America could make the most of it. In early 1804, he sent Lewis &amp; Clark to Qind just what America had bought. However, Lewis &amp; Clark were not the only explorers to set out to Qind what was beyond the Mississippi River. Many other explorers, such as Zebulon Pike, Stephen Long, and Robert Stuart, explored the area as well. Links to more information about the Louisiana Purchase and these early explorers can be found below. 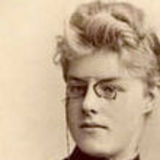