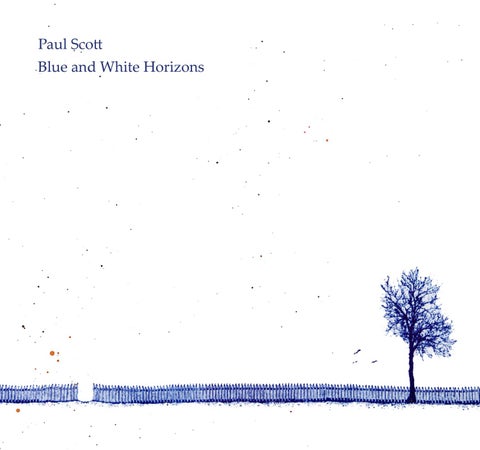 Paul Scott, born 1953, lives and works in rural Cumbria. He has been a professional artist for over twenty five years. His research activity has meant an irregular but ongoing association with Universities, Research Centres, Museums and Art Galleries in a variety of contexts. Paul makes artwork for exhibition and to commission, whilst also juggling residencies, writing, curating, teaching and other projects. In 2010 he was awarded PhD by Manchester Metropolitan University and in August 2011, took up a post as Professor 2 at Oslo National Academy of the Arts (KHiO) Norway. “Paul Scott works at his own political stance in the ceramics he produces. His work unfolds slowly. There is something beguilingly disarming about his traditional blue and white ware with which he works; something that wrong-foots us. By choosing to work with industrially produced blue and white ware he has elected to undermine the cosiness, the decorative conceit that these ware can represent. But the commentary he makes is necessarily more complex. The history and the origins of blue and white wares cannot be ignored, nor can the current state of its production. Taking the traditional blue and white plate as his starting point Scott has manipulated it to give it his own political charge. Scott chooses his canvas carefully. The imagery of ruralism sits there on the blue and white plates and, just like the Lake District itself, it blanks out the low flying jets, the slag heaps, the threat of nuclear fallout and the dangers of foot and mouth disease. To this Scott adds imagery or erases parts of it. These acute alterations and additions are the backbone of his work.” Ceramic Review, Issue 244 July/August 2010 Work in Public Collections include: Victoria and Albert Museum, London National Museum of Art Architecture and Design, Oslo Museum of Art and Design New York The Potteries Museum, Stoke on Trent Statens Konstråd (National Public Art Council, Sweden) Shipley Art Gallery, Gateshead Danish Arts Foundation, Copenhagen Nordenfjeldske Kunstinustrimuseum (National Museum Decorative Arts) Trondheim, Norway Manchester City Art Gallery Museum Bellerive, Collection of Decorative Arts, Zurich National Museum, Stockholm Sweden, Museum Ariana Geneva Switzerland York City Museum and Art Gallery Tullie House, Carlisle Museum and Art Gallery

Willow after Bernard Leach Leach wrote: ‘Patterns may be described as concepts of decoration reduced to their utmost simplicity and significance. They are analogous to melodies in music and proverbs in literature. Their significance is enhanced by directness of personal statement and detracted from by mechanical reproduction, for in such reproductions continuous vital interpretation is lacking, however good the original. That is why well painted pots have a beauty of expression greater than pottery decorated with engraved transfers, stencils or rubber stamps.’1 The remediated object Willow after Bernard Leach lays bare the paucity of Leach’s distain for the printed graphic. It is the reaction of stain with fire, ash and glaze that imbues the melodious and proverbial - not necessarily the hand painted, but Leach’s philosophical attachment to the hand made and oriental aesthetic makes him an unsuited commentator on the industrial heritage of ceramics. He has been thrust into this space by his role as the father of the studio pottery movement which until recently claimed a strangle hold on the contemporary dialogue within British ceramics. His thinking on printed ceramics probably deserve to hold as much influence as mine on the craft pottery movement. Paul Scott, October 2012 1. Leach, Bernard (1940) A Potters Book p. 101, Faber and Faber (1967 edition), London

Cumbrian Blue(s) and Anne Linnemann This body of work features industrially sourced pattern and image on Ann Linnemannâ&#x20AC;&#x2122;s hand thrown, porcelain forms - some juxtaposed with antique tableware. I buy old, sometimes patterned, plates on e-bay, in junk and antique shops, and these live with me - often for months or years. Some stay with me in my studio, whilst others make it into the house where they are used for serving food. When the time comes, I add to them â&#x20AC;&#x201C; a mark, a line, a gold edge, or I compose - collaging with in-glaze decals. Then I re-fire them to give them a new life. The collaboration with Linnemann has been ongoing for a number of years, and although we both use techniques that are suited to repeat and batch production, the prints and objects are very strictly limited in number. Our interest is to develop and explore an evolving relationship between print and tableware forms, telling stories and making unexpected connections.

Spode Works Closed In July 2009, I was given permission to visit the closed Spode Works in Stoke. Whilst there I was allowed to collect and take away a small quantity of abandoned tableware. I also took photographs of the derelict site. It was a sad poignant experience. I well remember the site as a thriving working factory and recall my meetings over the years - with Robert Copeland, Paul Drakaway and Trevor Drurose in the engraving department as I researched my book Ceramics and Print, then doing my own research (funded by the Arts Council) to investigate industrial print archives - at the Spode Museum Trust with Pam Wooliscroft. I recall the ‘connoisseur tour’, buying white-ware and seconds to work on. Although these research periods in Spode were relatively fleeting - they were memorable. After the visit in July 2009 I made a series of artworks from the collected tableware. Many of the found plates were covered with unknown dried substances (presumably once liquids), some were mouldy and others simply dusty. I began to explore how I could use these industrial remnants, at first simply firing the coated pieces to see what happened. Some of them disintegrated in the kiln into razor sharp shards. In others the dust or mould simply vanished, burnt away in the kiln, but on some forms the dust particles - maybe glaze or ceramic pigments, rust fallen from factory roof beams, or copper from electrical fittings - have fused in the glaze, vitrified evidence of abandonment. Some plain bone china plates were cleaned up and used as the vehicle for a series of in-glaze screen-prints depicting the factory in its death throws. At the dawning of the age of print media Spode’s innovative printed landscape patterns on ceramics created an iconic ceramic genre. Its decline in the new era of digital media is characteristic of our age - not restricted to Stoke on Trent, but replicated in many towns and cities across Britain, Europe and North America. Spode Works Closed is a commemorative for Spode, and for the wider loss of manufacturing, skills and knowledge which continue to haemorrhage away.

Caroline Slotte is well known for her telling interventions into the graphic surfaces of decorative industrial tablewares. Her delicate physical editing of image and pattern create serene, miniature poetic landscapes on a domestic scale. They invite us to peer and journey into new confected worlds. In the process of creating her new landscapes, she discards material unsuited to the composition at hand. In 2011 I acquired several of her edited plates destined for the trash. I thought they had a peculiar kind of beauty, but their raw edges and paper stickers required further working. They spent several months sitting in my studio, looking at me. I had several email conversations with Caroline herself who assented to my re-working of these particular forms. This Willow bowl is one of the results of this artistic conversation.

A Willow for Ai Weiwei (Wen Tao, Liu Zhenggang, Zhang Ginseng and Hu Mingfen) 2011, 45.3 x 26 x 5.2 cms. Conceived whilst the artist was was in detention. It commemorates his disappearance, and the continuing harassment of his friends and colleagues.

A Willow for Ai Weiwei Chinese artist Ai Weiwei was detained by plainclothes police officers at Beijing airport on 3 April 2011. He was hooded before being put in a car and driven to secret locations where he was held until his release on June 22. For a time ‘two officers watched him round the clock. He was not allowed to speak and had to request permission to drink water and use the toilet. When Ai told police their actions were illegal, officers replied: "Do you know before Liu Shaoqi died, he was holding the constitution?... Talk about illegality, there's no difference between the country that we are in now and the time of the Cultural Revolution." Liu was one of China's top leaders but was purged and died during the brutal political turmoil which Mao Zedong unleashed in the 1960s..... Even on the day of his release, officers reminded Ai he could still face 10 years in jail for inciting subversion to state power – a vaguely-worded charge often used against dissidents – a source said. He had to agree to conditions including no media interviews, no meetings with foreigners, no use of the internet and no interaction with human rights advocates for one year from his return home. Ai has given few details of his detention, beyond saying that he experienced "extreme conditions", and says he is not able to give interviews. He appears to have been held by the Chinese authorities because of his practice as a contemporary visual artist. As well as campaigning for more openness in Chinese society, through his work Ai Weiwei has also been responsible for a growing awareness in the West of the richness of Chinese art, history and culture. The Willow Pattern was designed in Stoke on Trent in the early part of the nineteenth century. It was loosely based on imported Chinese porcelain with painted landscapes. It is the most commonly produced printed ceramic pattern ever made, and is familiar to millions the world over. Weiwei too has become an international #phenomena through his artworks and installations. The original makers mark is joined by Scott’s Cumbrian Blue(s) and Real Art stamps which are signature marks on all my artworks. The Willow plate by an unknown factory is probably nearly nearly 200 years old and was purchased on ebay in 2011. Paul Scott October 2012

On Cracks, Blooms and Chips Contemporary attitudes to the re-use of existent material are generally very positive - re-cycling wood for example in contemporary furniture has become commonplace, and the patina of age a pre-requisite for selling much 'Country Living' type craft. If it does seem to be less acceptable with chipped, cracked or crazed ceramics then I'm not exactly sure why - perhaps its because Antiques Road Show valuers frown upon them. However, I habitually collect glazed tableware - from e-bay, junk and antique shops. Some of it may have crazed glazing, some may be cracked, chipped, or the gold lustre worn from the edges. At first I was reluctant to use these pieces in work for sale, being aware that they are seen by some as flaws and devaluations, but over time I have grown very fond of these imperfections - I realized that it is because they evidence the objectâ&#x20AC;&#x2122;s history. For me these characteristics are no longer flaws or reasons to reject the form - in fact quite the opposite - they allude to the object's previous life, it has already been used and handled, it already has a history. For me this evidence of wear is an enhancement to a piece. When re-working the ready made I usually acknowledge and bring attention to the mark, chip or crack. If it is on the rim of a plate or the lip of a jug I will fill in with lustre so it is quite obvious. Crazed glaze and dirty cracks often fuse in the kiln with unexpected results within the glaze - I usually really like these - a bloom of grey or or pink on a plate or bowl adds to their richness. These uncontrollable marks and fissures also often allude to the conceptual reasoning behind certain works.