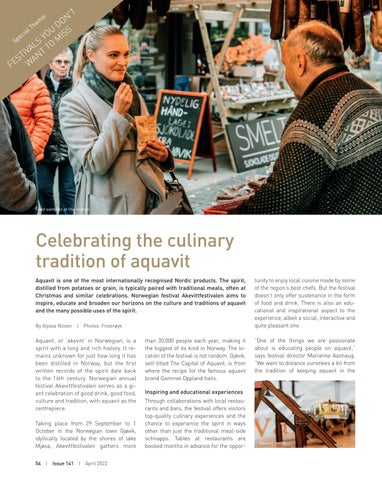 Food samples at the festival.

Celebrating the culinary tradition of aquavit Aquavit is one of the most internationally recognised Nordic products. The spirit, distilled from potatoes or grain, is typically paired with traditional meals, often at Christmas and similar celebrations. Norwegian festival Akevittfestivalen aims to inspire, educate and broaden our horizons on the culture and traditions of aquavit and the many possible uses of the spirit. By Alyssa Nilsen

Aquavit, or ‘akevitt’ in Norwegian, is a spirit with a long and rich history. It remains unknown for just how long it has been distilled in Norway, but the first written records of the spirit date back to the 16th century. Norwegian annual festival Akevittfestivalen serves as a giant celebration of good drink, good food, culture and tradition, with aquavit as the centrepiece. Taking place from 29 September to 1 October in the Norwegian town Gjøvik, idyllically located by the shores of lake Mjøsa, Akevittfestivalen gathers more 54 |

than 30,000 people each year, making it the biggest of its kind in Norway. The location of the festival is not random. Gjøvik, self-titled The Capital of Aquavit, is from where the recipe for the famous aquavit brand Gammel Oppland hails.

tunity to enjoy local cuisine made by some of the region’s best chefs. But the festival doesn’t only offer sustenance in the form of food and drink. There is also an educational and inspirational aspect to the experience, albeit a social, interactive and quite pleasant one. “One of the things we are passionate about is educating people on aquavit,” says festival director Marianne Aashaug. “We want to distance ourselves a bit from the tradition of keeping aquavit in the

Inspiring and educational experiences Through collaborations with local restaurants and bars, the festival offers visitors top-quality culinary experiences and the chance to experience the spirit in ways other than just the traditional meal-side schnapps. Tables at restaurants are booked months in advance for the oppor- 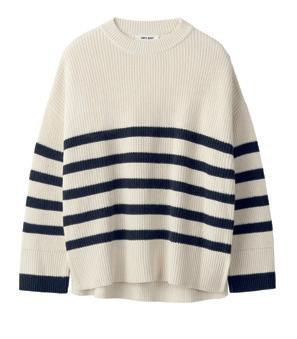 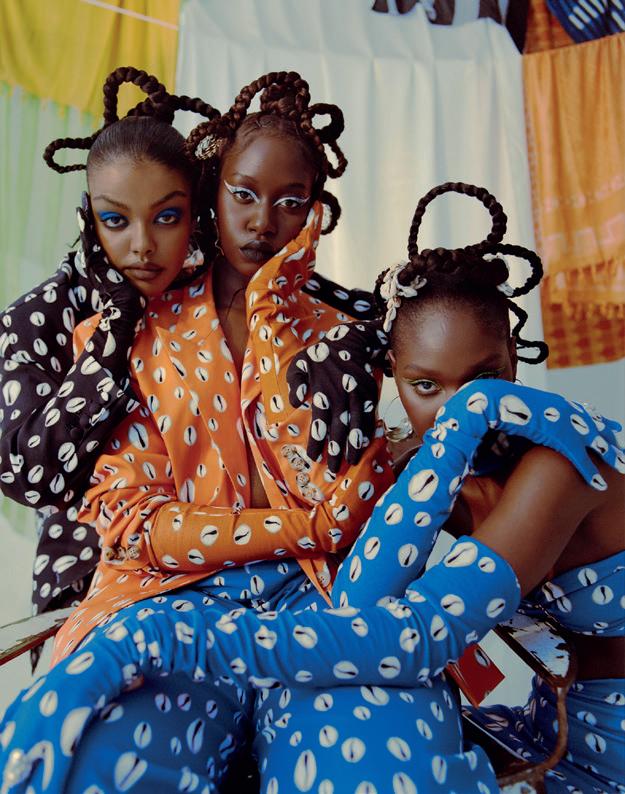 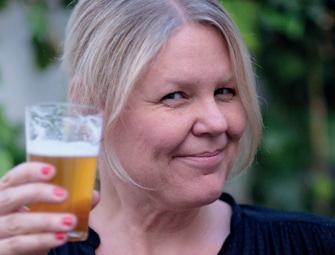 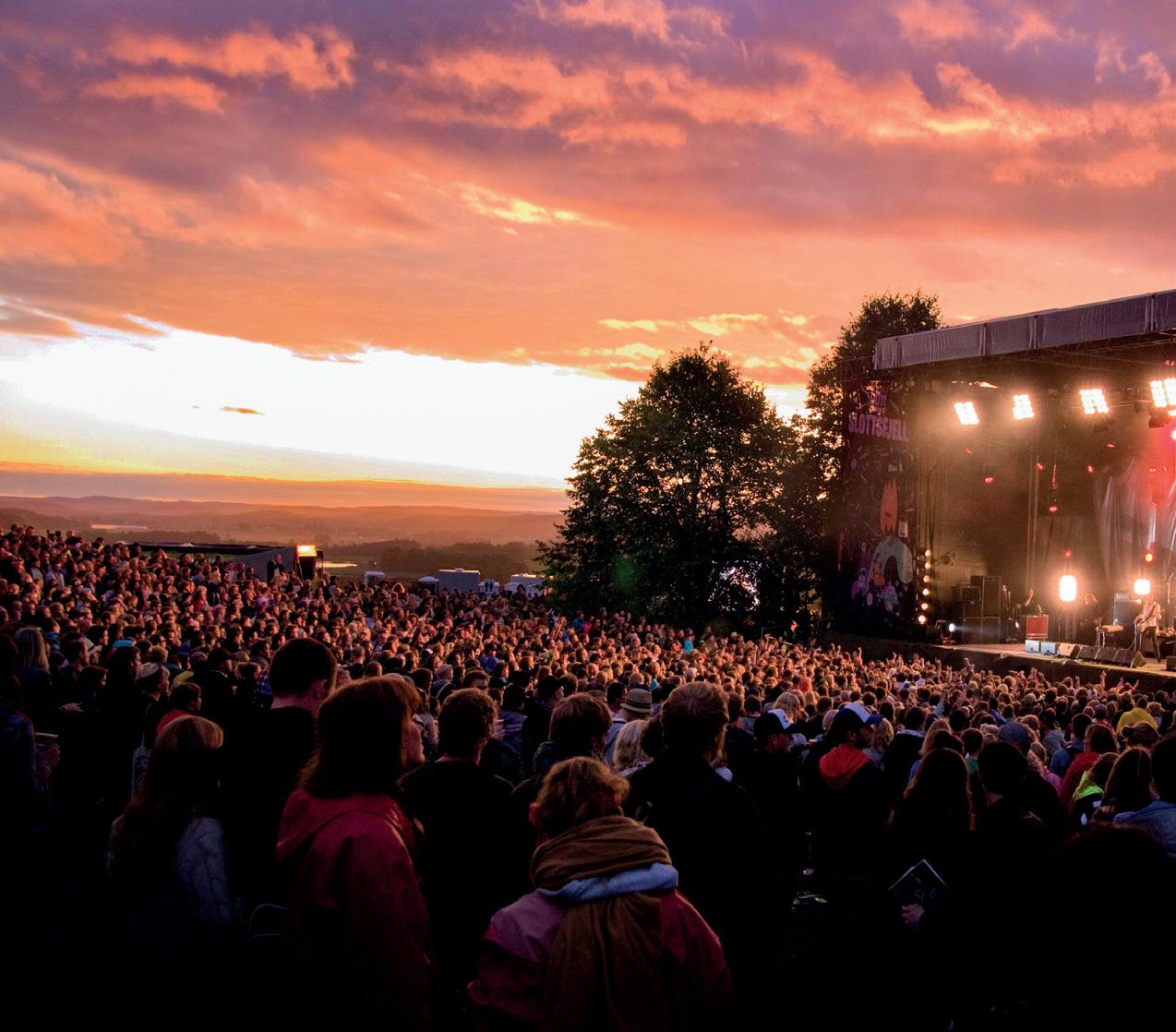 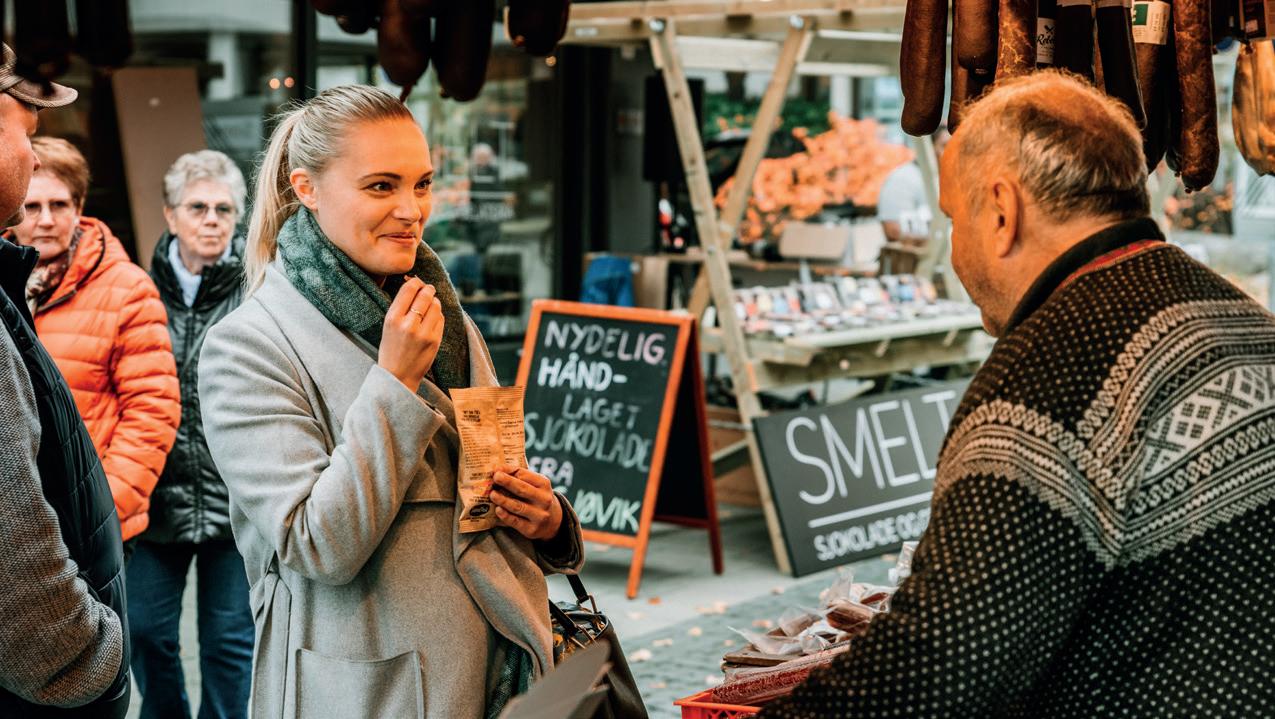 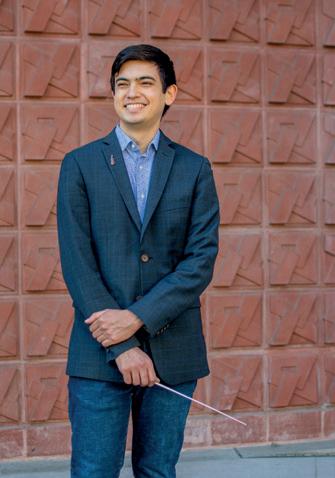 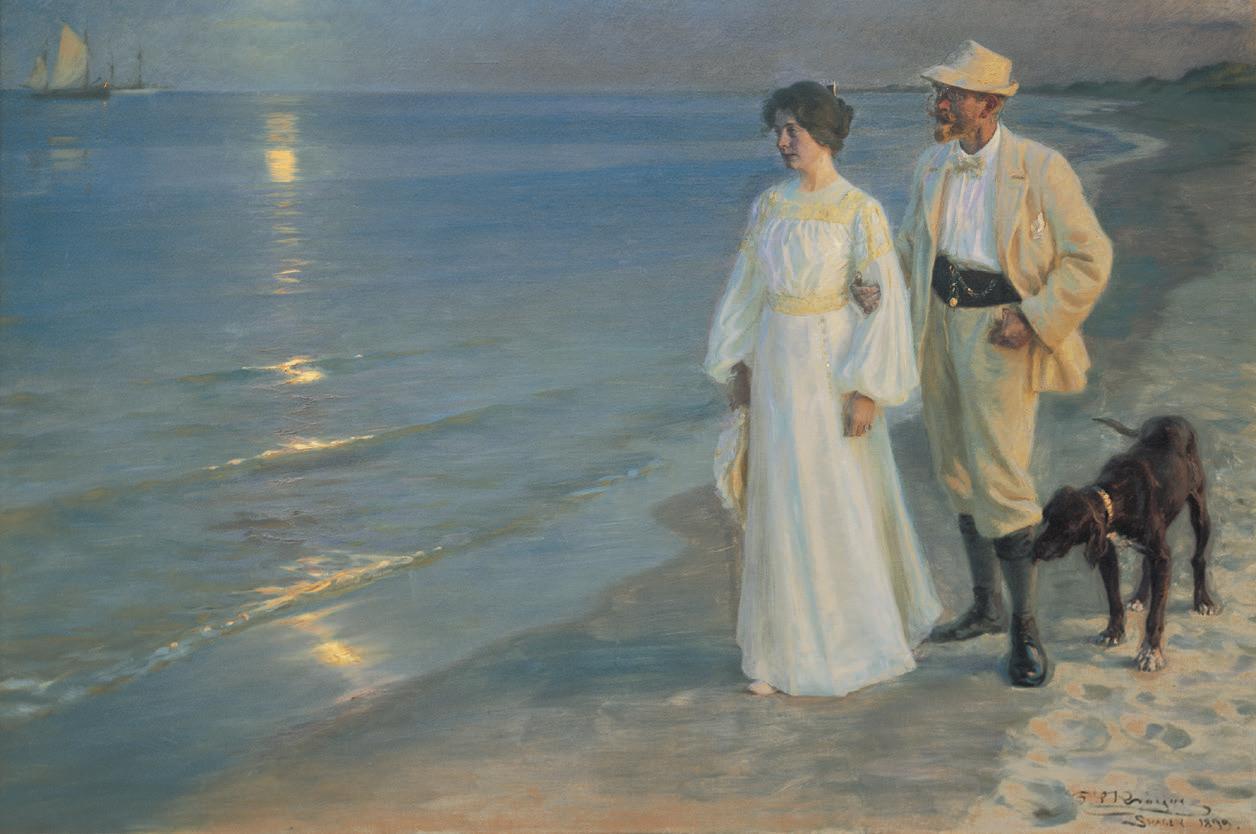 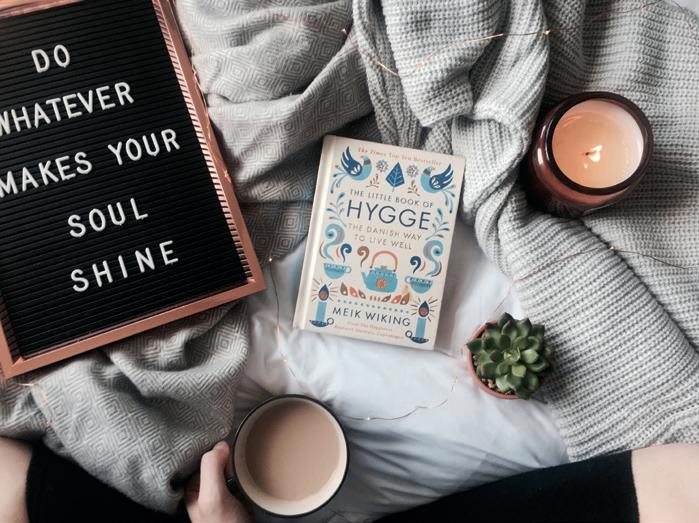