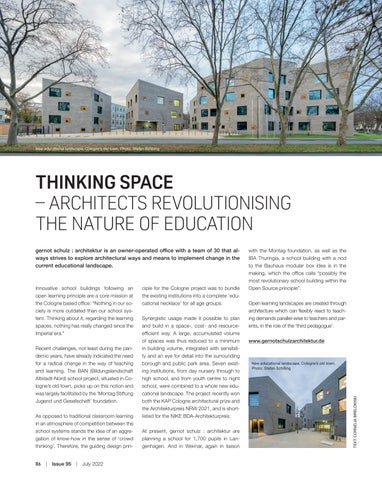 Innovative school buildings following an open learning principle are a core mission at the Cologne based office: “Nothing in our society is more outdated than our school system. Thinking about it, regarding the learning spaces, nothing has really changed since the Imperial era.” Recent challenges, not least during the pandemic years, have already indicated the need for a radical change in the way of teaching and learning. The BAN (Bildungslandschaft Altstadt-Nord) school project, situated in Cologne’s old town, picks up on this notion and was largely facilitated by the ‘Montag Stiftung Jugend und Gesellschaft’ foundation. As opposed to traditional classroom learning in an atmosphere of competition between the school systems stands the idea of an aggregation of know-how in the sense of ‘crowd thinking’. Therefore, the guiding design prin86 |

ciple for the Cologne project was to bundle the existing institutions into a complete ‘educational necklace’ for all age groups. Synergistic usage made it possible to plan and build in a space-, cost- and resourceefficient way. A large, accumulated volume of spaces was thus reduced to a minimum in building volume, integrated with sensibility and an eye for detail into the surrounding borough and public park area. Seven existing institutions, from day nursery through to high school, and from youth centre to night school, were combined to a whole new educational landscape. The project recently won both the KAP Cologne architectural prize and the Architekturpreis NRW 2021, and is shortlisted for the NIKE BDA-Architekturpreis. At present, gernot schulz : architektur are planning a school for 1,700 pupils in Langenhagen. And in Weimar, again in liaison

with the Montag foundation, as well as the IBA Thuringia, a school building with a nod to the Bauhaus modular box idea is in the making, which the office calls “possibly the most revolutionary school building within the Open Source principle”. Open learning landscapes are created through architecture which can flexibly react to teaching demands parallel-wise to teachers and parents, in the role of the ‘third pedagogue’. www.gernotschulzarchitektur.de

gernot schulz : architektur is an owner-operated office with a team of 30 that always strives to explore architectural ways and means to implement change in the current educational landscape. 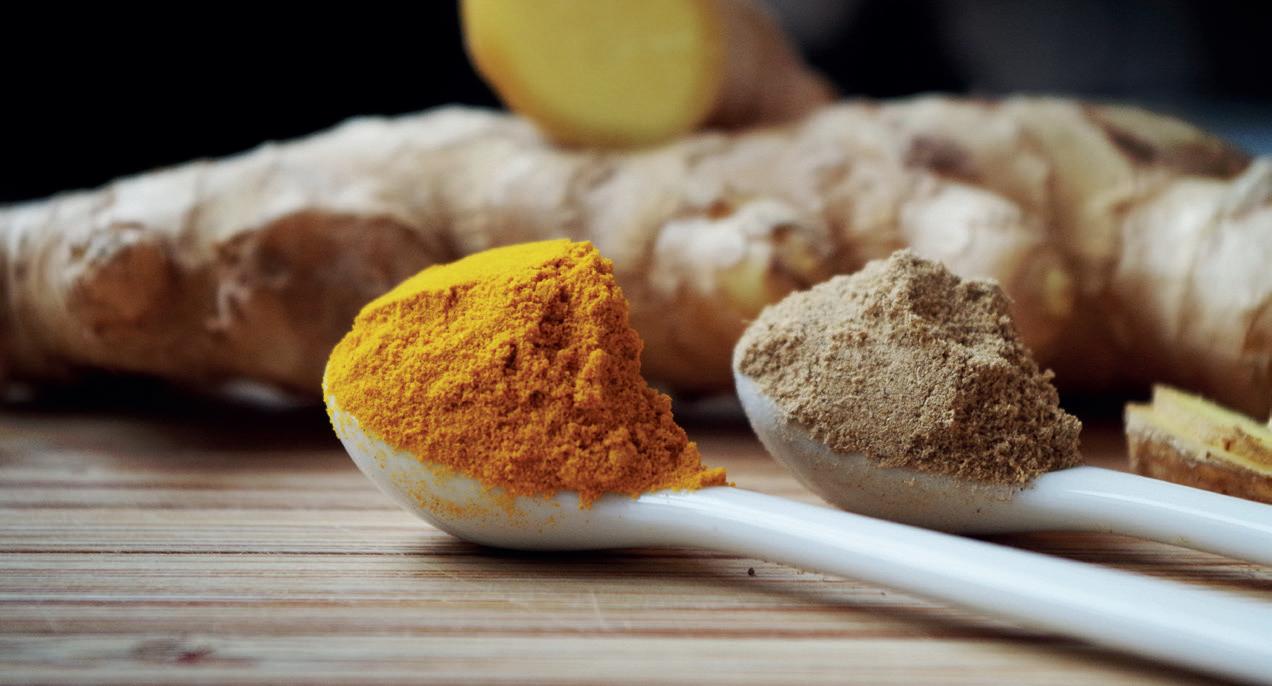 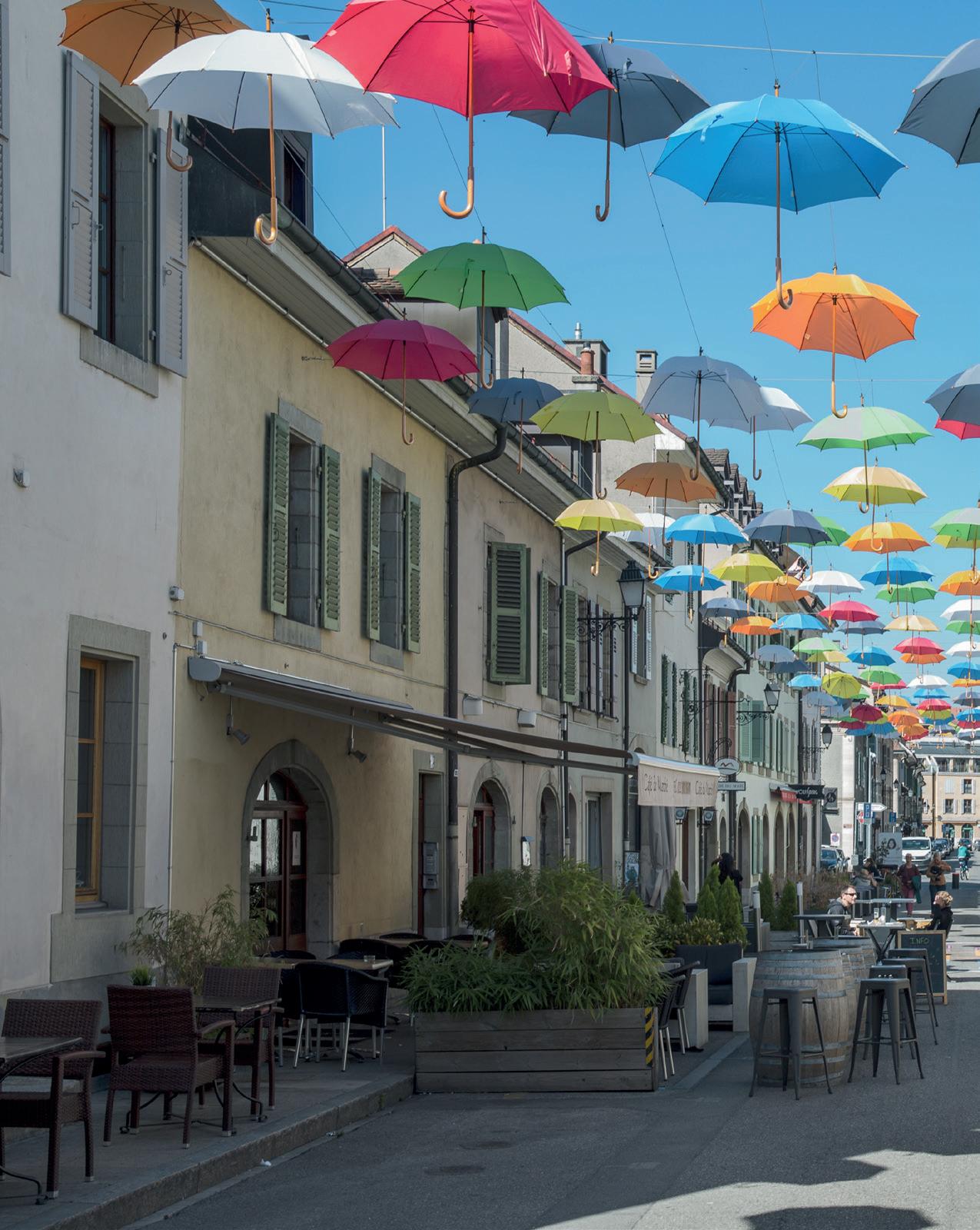 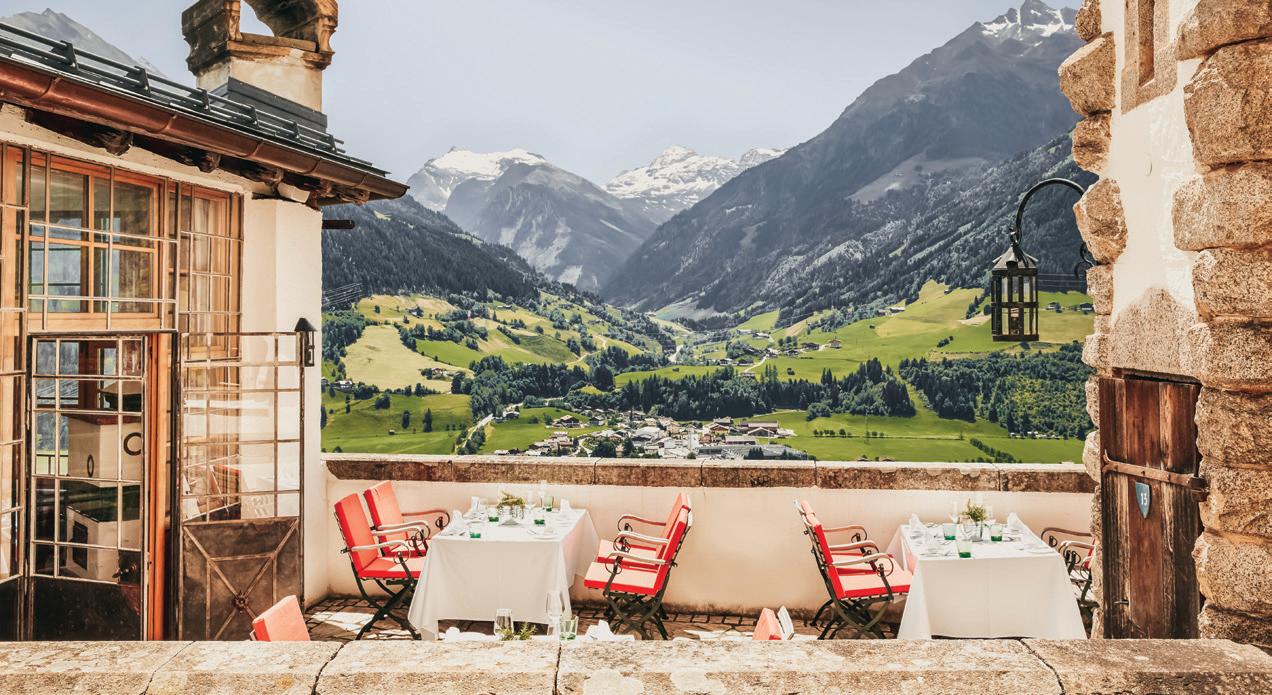