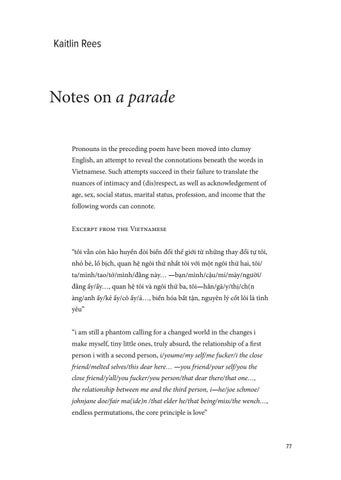 A glossary of Vietnamese pronouns First person tôi: I, as I am alone, used independently of one’s relationship to another, not a word with deep roots in Vietnamese but rather a “civilized” term of modernity introduced as a means to avoid pairings based on gender, status, age, etc. ta: I, as I am never alone in recognizing there are others who are always in my midst mình: I, as in the self of me that can melt into the self of you, used with special friends or romantic partners for whom no real distinction need be made between oneself and the other, can be used in the plural, as when looking in the mirror tao: I, as an old friend, perhaps from school days, who feels comfortable using a potentially rude and derogatory word knowing that it will not be misinterpreted tớ: I, as relaxed with a familiar friend đằng này: I, as I am with flirtatious intimacy, originating from a directional word meaning “road,” literally “this way” Second person bạn: you, as a friend, also used with a stranger who is not really a friend but someone who appears about the same age mình: you, as the self of you I see as the self of me (see above description for mình in first person, as this word blurs the first and second) cậu: you, as a familiar friend, paired with the first person tớ mi: you, as a familiar friend, used provincially in central Vietnam, not often heard in the north (Hanoi) mày: you, as a comfortable old friend who can use a potentially rude word without fear of misinterpretation, paired with tao 78

người: you, simultaneously personal and collective, you as a specific person and you as a concept of all other people, also meaning “human,” also meaning “body” đằng ấy: you, as you are with flirtatious intimacy, paired with đằng này, literally “that way” ấy: you, as someone, as anyone, in keeping some distance but friendly enough, can also be used with a stranger in an informal setting Third person hắn: he, a term originally gender neutral but in contemporary usage has come to denote male, used with some indifference/coldness in relation to the other gã: a guy, as in an everyday joe, can be casually derogatory, not showing much respect y: male, a general term to indicate male thị: female, a general term to indicate female ch(n)àng: an invented word combining chàng and nàng, respectively male and female third person pronouns of a literary and dreamy nature, originating in early modern romantic novels anh ấy: him; anh refers to a male who is, or could hypothetically be, of the same age as one’s older brother, in romantic relationships it is the most common term of address that the female uses for the male, ấy here is similar to second person ấy above, literally “that elder brother” kẻ ấy: being, one, individual, literally “that individual,” used to show some distance and unfamiliarity cô ấy: a young lady who is of an age that merits polite respect, literally “that miss,” can be used in a flirtatious way ả: she, archaic term for female, contemporary usage is disrespectful, as with prostitutes, or denoting negative feelings for female outlaws, as in news reports 79 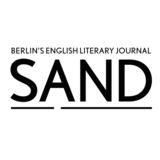