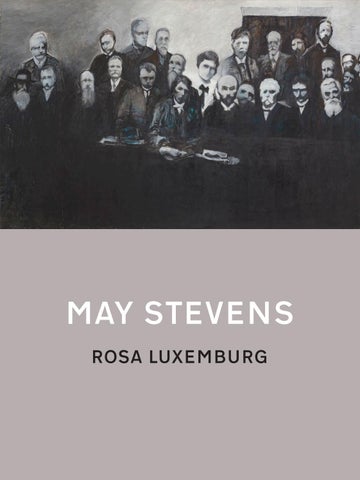 Rosa Luxemburg, Paintings and Works on Paper, 1976 - 1991 May Stevens: Rosa Luxemburg, Paintings and Works on Paper, 1976–1991 illuminates Stevens’ long engagement with the political activist Rosa Luxemburg (1871-1919). Over a period dating from the late seventies to the early nineties, Stevens (b.1924), a celebrated artist, writer, teacher, feminist activist, and founding member of Heresies, produced over seventy works exploring the life and death of Luxemburg. The exhibition revisits a selection from this powerful body of work—presenting several works on paper for the first time—on the 100th anniversary of Luxemburg’s death. Luxemburg was a Polish-German Marxist philosopher, prolific writer, and activist whose legacy includes cofounding the German Communist Party. Stevens first became interested in Luxemburg in the late 1970s through her close friends Lucy Lippard and Alan Wallach, and she quickly grew fascinated by Luxemburg’s strength and intelligence. Over a period of nearly twenty years Stevens produced several series of works—some thirty collages, thirteen drawings, a handful of prints, and approximately fourteen paintings—that endeavor to untangle Luxemburg’s identity, accomplishments, and her murder at the hands of the German state. Stevens’ imagery draws on reproductions of Luxemburg taken from newspaper coverage of her assassination, and is often overlaid with quotations from Luxemburg’s own writing.

Stevens’ first images of Luxemburg, Tribute to Rosa Luxemburg (1976) and Untitled (Original Rosa/Alice Collage) (1976) were produced for the inaugural issue of the pioneering feminist journal Heresies in 1977 and are included in this exhibition. The untitled collage became the first work in a series that juxtaposed Alice Stevens—Stevens’ biological mother—with Luxemburg who Stevens often referred to as her spiritual mother. In these collages, Stevens combines family photographs and newspaper clippings that she manipulated through repeated photocopying, weaving them into compositions layered with handwritten text. Stevens continued to trace the lives of Rosa and Alice for nearly a decade, elucidating their incongruities and ultimately producing Stevens’s first and only artist’s book, Ordinary/Extraordinary (1980). The project, as Stevens explained it, was “an artist’s book examining and documenting the mark of a political woman and marking the life of a woman whose life would otherwise be unmarked.” In 1988, New York’s New Museum mounted One Plus or Minus One, a solo exhibition consisting of two 11 by 18foot photostat-murals that Stevens created based on her own monumental paintings of Luxemburg’s life—The Murderers of Rosa Luxemburg (1986) and Rosa Luxemburg Attends the Second International (1987). Stevens often thought of these ambitious history paintings as movie-like, or as she said, possessing the “cinematic quality of stopped time.” In works such as Voices and Demonstration (both 1983), the immensity of the canvas and somber palette intensify the gravitas of their subject—Luxemburg’s funeral procession—freezing in time a ghostly rendering of the massive crowds that turned out to accompany her casket through the streets of Berlin.

These paintings, along with previously unexhibited studies for One Plus or Minus One, will be included in the upcoming exhibition. Also on view for the first time will be Stevens’ Bridge series, three darkly expressionist canvases that depict the bridge over Berlin’s Landwehr canal, the body of water into which Luxemburg was thrown after her execution. Two of the three canvases include the following text in German: “I was, I am, I will be.” This powerful message links Stevens, now 95, with the legendary figure of Luxemburg in the spirit of feminist activism, in the reclamation of history, and in the persistent quest for equality and humanity for all.

The Elaboration Acrylic on canvas i 26 x 104 inches eac

Installation Views, One Plus or Minus One, New Museum, photo: Fred Scruton, 1988

Text 1 by May Stevens for One Plus or Minus One, 1988 A woman within or in juxtaposition to a patriarchal system; in the first case, left-wing politics; in the second, the military. In The Second International Rosa Luxemburg penetrates the unity and sameness of the world leaders of socialism in the 1904 Congress in Amsterdam. In Eden Hotel the waitress serves the wine to the killers of Rosa Luxemburg who celebrate the day following the murder January 16, 1919. Presence. Absence. Substitution. Proportion. Quota. Power. Powerlessness. One less. One more or less. Rosa Luxemburg flared across the European dark like a meteor, an aberration. Her murder restores the usual dark. The waitress brings her tray. The usual faces look out. Order is restored. In Berlin. In Chile. In El Salvador.

Text 2 by May Stevens for One Plus or Minus One, 1988 The Congress of the Second International in Amsterdam in 1904 with thirty-three-year-old Rosa Luxemburg attending as delegate from Germany and Poland. She is surrounded by the leading figures of world socialism, including August Bebel and Karl Kautsky, also from Germany; Jean Jaurès, France; Sen Katayama, Japan; Georgi Piekhanov, Russia; Keir Hardie, England; Morris Hillquit, U.S.A.. When the great French socialist leader Jaurès attacks Rosa Luxemburg and the German delegation for, among other things, continuing to support Dreyfus, there is no one present to translate his fiery speech from the French. Rosa Luxemburg adds to her triumph by spontaneously reproducing his polemic against her into equally vigorous German. In 1914 at the outbreak of the First World War, Rosa Luxemburg is convicted of anti-war activities, having urged German workers to resist the war, to refuse to kill workers from other countries. She spends the duration of the war in prison, sending out a continuous flow of letters, articles, and plans for the development of international socialism. She writes: “The present World War, whether it brings victory or defeat for anyone… means the defeat of socialism and democracy… Today’s World War is thus developing all the preconditions for new wars.” Released from prison after three years and four months, she returns to Berlin where she is murdered by a death squad serving as an unofficial arm of the military.

“I made these as collages on a small scale and then had them blown to 11 feet high and 18 feet long. Each was made of four strips pasted to the wall like billboards,”—May Stevens on the One Plus or Minus One exhibition.

Text 3 by May Stevens for One Plus or Minus One, 1988 A celebration by soldiers and officers of the Garde-KavallerieSchĂźtzen-Division (Division of Cavalry and Riflemen) in their temporary military headquarters at the Eden Hotel in Berlin on January 15, 1919, the day following the assassination of Rosa Luxemberg and Karl Liebknechte. Rifleman Otto Runge, who administered the two rifle-butt blows to the head that killed Rosa Luxemburg, and First Lieutenant Vogel, officerin-charge, who finished her off with a revolver shot and ordered her body thrown in to the Landwehr Canal, were brought before a military tribunal May 8-14. Soldier Runge was sentence to two years for attempted manslaughter. In 1933 he applied for financial compensation for unjust punishment, citing his early contribution to the Nazi cause. The government of Adolf Hitler awarded him 6,000 deutschmarks. First Lieutenant Vogel was convicted of committing a misdemeanor while on guard duty, of illegally disposing of a corpse, and of filing an incorrect report. He was sentenced to two years and four months. However, provided with false passport and visa, he escaped to Holland the day after sentencing. There he awaited the inevitable amnesty. On January 25, 1919, a symbolic funeral took place in the streets of Berlin; Rosa Luxemburgâ&amp;#x20AC;&amp;#x2122;s coffin was empty. Her body floated to the surface of the canal on May 31. 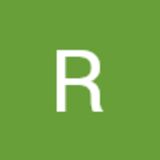