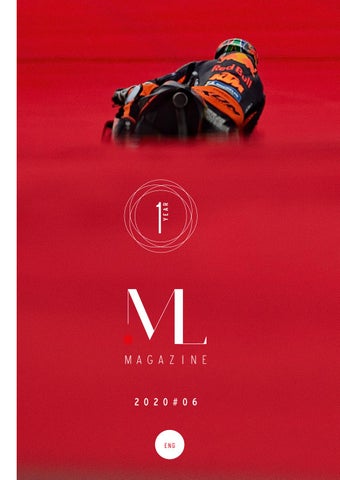 TOTAL PAGES OF THE YEAR

PEOPLE HAVE PARTICIPATED IN THE PROJECT

THANKS ML Magazine is one year old. It was in the 2019 Misano Grand Prix when I brought some printed copies of the first issue for the first time: an indescribable feeling! The magazine was not made by itself: it was born and built with the commitment of many people that have helped me and through these lines I would like to publicly thank you because without you this wouldnâ&amp;#x20AC;&amp;#x2122;t have been possible. â&amp;#x161;Ť MIRCO L AZZARI

The first time I made love It wasn’t fun I was tense I was scared / It was a very important moment, For so long I had been waiting for it / And now that time had come It was not like in the songs / They had cheated me.

Eugenio Finardi, an Italian singer-songwriter, describes his “first time” feelings in a 1977 song entitled “Non è nel cuore”. Through beautiful words he gets the courage to say that it is not always a wonderful thing, but we are not talking about love or sex. Let’s talk about victory and the maiden victory is by far one of the strongest and most engaging experiences in a rider’s career. It is practically one of the happiest experiences. This season has been marked by several firsts. Celestino Vietti, Marco Bezzecchi, Brad Binder, Miguel Oliveira, Andrea Locatelli, Michael Ruben Rinaldi: several names have won their first world championship race and will remember that moment forever. Because life is hard without victory. Let’s take the story of Chris Amon for instance, one of the strongest riders of his time: he did a hundred starts and never got to the joy of winning, not even once. Or Aleix Espargaro, fast, strong and competitive but he’s never won any of his 254 GPs. The first victory is like this, it starts in the morning. Clear head and clear mind, you feel fine, there is harmony surrounding you, but the race that is about to start eats away this little piece of heaven in just a second. Ready to go! Noise, hot air, cold air,

a contact, a crack in the fairing... They are all riding fast, as usual, but we are in front. After the first three laps you are able to draw a strategy, you think about the messages written on your pitboard: seems that the best pace belongs to me... And you get to the end, the last lap. The one that lasts a lifetime in your head, the one in which everything can drive you to heaven or hell, but deep inside you know it’s done. When you win, you feel nothing, just a world that suddenly falls apart, the world of that rider that had never won. Now you become a big one, like the ones who win. Victory is the real drug of the rider. You cross the line, the checkered flag flies near you and your head explodes like Rio de Janeiro on New Year’s Eve. The face of your father putting money to buy your first mini bike. The breasts of the first umbrella girl, the stinking bathroom at the karting track, your mother crying because you’ve got injured, the grandfather who is always afraid because of your job, but at the same time he was one of the first sponsors. The nights sleeping in the car, the first interview, the first time. That’s something fantastic, dear Finardi, it’s something amazing. But you’ve never raced on a motorbike, it’s a shame ⚫ MARCO MASETTI ( 3 3 )

ď&amp;#x201A;&amp;#x2014; This page: KTM Motorsport director Pit Beirer. Next page: Brad Binder during the press conference after his first victory in MotoGP.

Thailand is renowned for its unusual celebrations and one of these is the vegetarian festival held from the 1st to the 9th of the ninth month of the Chinese calendar. Itâ&amp;#x20AC;&amp;#x2122;s a sacred rite based on bringing luck to those who participate and those who attend. The goal of this rite is to purify the body and spirit: during the festival, for at least three days you must follow a vegetarian or vegan diet, you canâ&amp;#x20AC;&amp;#x2122;t kill animals and you must abstain from every vice. Brightness and inner peace are promoted through precise conduct rules such as hygiene and body cleaning, the use of white color as a dressing code, and a good behavior.

This festival is best known for its scourges, serious acts of body mutilation through facial piercings practiced with knives and swords and self-torture. Those elected will do the previous acts to attract the evil to themselves, in order to guarantee luck to the whole community. The cacophony of festival noises can be heard from miles away: drums and fireworks are used to ward off evil spirits. Firecrackers are another important element, as people fire them and throw them throughout the procession of the elected ones as an act of showing enthusiasm â&amp;#x161;Ť

ď&amp;#x201A;&amp;#x2014; This page and next page: Andrea Dovizioso before and after the race. Previous page: Valentino Rossi after the podium.

ď&amp;#x201A;&amp;#x2014; This page: Lecuona hooks Mir during the Brno race. Next page: duel at the last corner of Styria race between Pol EspargarĂ˛ and Jack Miller.

ALL RIGHTS RESERVED No part of this publication may be reproduced, distributed, or transmitted in any form or by any means, including printing, photocopying, recording, or other electronic or mechanical methods, without the prior written permission of the publisher, except in the case of brief quotations embodied in critical reviews and certain other noncommercial uses permitted by copyright law. For permission requests, write to the publisher at info@mircolazzari.com 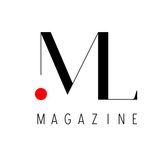