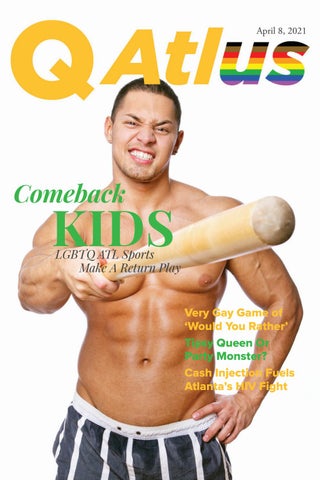 Consider Liposuction of your chest, abdomen, and love handles for the perfect fit!

Board Certified, American Board of Plastic Surgery

marketing heroes. we are your courageous brand champions in a world full of villains, leading your business on a path towards exciting new quests.

CREATING MOMENTUM from scratch is nothing new for LGBTQ Atlantans, but there is something extra inspiring about it this year. Amid a challenging time of mixed signals and split decisions, this issue finds people in every corner of the community making motions and moving mountains. That includes you, tweaking your thinking to advance from fear to courage in 10 Q Things. It also includes money moves against HIV in Q News. And as you probably gathered from our cover, it includes athletes in motion in seven sports groups shifting toward normalcy in LGBTQ-ATL. From there, move into our weekly features. Stir your senses in Q Events, budge your assumptions in Q Advice, and step through town with the help of the Q Map. After you’re done here, flow with that inertia to our Facebook, Instagram, Twitter and theQatl.com for more to move you every day. Slide into my inbox at mike@theQatl.com.

INSIDE THIS ISSUE VOLUME 4 ISSUE 20

Pretty Sure Friend’s on Drugs

Loving and losing or not loving at all?

Failing or not trying?

In the LGBTQ battle of courage vs. fear, err on the side of action

Acting on your convictions, or on your reputation?

The benefit of a doubt or skepticism? 8 theQatl.com

Too much faith or too much fear?

Speaking up and being rejected or remaining silent?

Crossing the line or staring or the line for your whole life?

Hating what you see, or having nothing to see?

spond to service needs,” she told Fulton County Government Television. The Ryan White Program is crucial to ending HIV in the U.S., according to HRSA Acting Administrator Diana Espinosa. “Today’s investment builds on the more than $2 billion in grants awarded through the Ryan White HIV/AIDS Program in fiscal year 2020, which helps to continue the program’s incredible track record of viral suppression that saves lives, reduces health disparities and slows the spread of the virus,” Espinosa said in a press release. About half of the $2 million awarded last year remains unspent. Cheek told Project Q that the department didn’t have enough community input to decide how to spend the funds.

The Health Resources &amp; Service Administration awarded the funds to Fulton County Department for HIV Elimination in March. The county agency will soon ask for the public’s help in deciding how to spend the funds. The $3.3 million was part of $99 million distributed to 61 recipients in a federal initiative to end HIV in the U.S. Atlanta received the third-largest award behind New York City and Los Angeles. Jeff Cheek, director of the department, manages Atlanta’s Ryan White Program, a federally funded program providing care for low-income, uninsured and underinsured people living with HIV. The department serves Fulton, Cobb, DeKalb and Gwinnett, which are the four metro Atlanta counties among the 48 counties in the U.S. targeted in the federal Ending the HIV Epidemic (EHE) initiative. The goal of the initiative is a 75 percent reduction in new HIV cases by 2025 and a 90 percent reduction by 2030, according to Tiffany Lawrence, manager of Fulton’s EHE program. “These new funds are going to be used to design disruptive innovation projects to go into our care system to change the way that we re-

The agency has until March 2022 to spend the remaining $1 million from last year, and it cannot be carried over again, according to Cheek. They must also spend the new $3.3 million by then, but any unspent funds can carry over an additional year. “So we have the dollars and we can go now,” Cheek said. “It’s just understanding how people want us to use the dollars that’s key.” The Fulton Department for HIV Elimination hosts virtual public engagement sessions this month to narrow down programs to fund with the award. Read more on this story at theQatl.com. theQatl.com 11

GEORGIA STATE TROOPERS ARRESTED and forcibly removed state Rep. Park Cannon from the Gold Dome on as she interrupted Gov. Brian Kemp during the signing of a massive elections bill that critics derided as an effort to disenfranchise voters.

Cannon faces two felony charges — willful obstruction of law enforcement officers by use of threats or violence and preventing or disrupting General Assembly sessions or other meetings of members — third offense. Troopers transported Cannon to the Fulton County Jail after she was arrested. A crowd of supporters chanted “Free Park Cannon” outside the jail, and U.S. Sen. Raphael Warnock visited Cannon before she was released on a signature bond. A March 27 rally outside Atlanta City Hall called for justice.

LGBTQ activist, Zandra Conway dies at 63 FRIENDS AND ALLIES ACROSS THE country are remembering Zandra Conway as a passionate LGBTQ activist who brought together multiple diverse communities. She died in March at the age of 63. Conway was intentional about connecting people, according to fellow activist Darlene Hudson.

“Zandra had the unique capacity to work in different facets of the overall LGBTQ community,” Hudson told Project Q Atlanta. “Zandra understood the intersection of all of it and from there she tried to build.”

Conway was a member of the Atlanta Black LGBT Coalition and also served on the boards of National Black Justice Coalition and In the Life Atlanta, which organizes Black Gay Pride. She made her mark in political circles, too. She was LGBTQ liaison for former Atlanta City Council President Ceasar Mitchell and campaigned for former Mayor Kasim Reed. 12 theQatl.com

Cannon’s arrest overshadowed a victory lap by Kemp and Republicans who engineered the elections legislation.

Jody Hice brings anti-LGBTQ baggage to Georgia SOS race U.S. REP. JODY HICE — A REPUBLICAN who spent years trolling LGBTQ people from the halls of Congress — is coming home for an intraparty fight to try and oust Georgia’s current secretary of state. Hice wants to replace Secretary of State Brad Raffensperger in the 2022 primary. Jumping into the race comes after Hice cruised to a fourth term in the 10th District in November, celebrating by trying to undermine Georgia’s election. He continued trumpeting unproven allegations of fraud in his campaign announcement on March 22. “Our state deserves a leader who steers clear of scandals and focuses on the incredibly important duties of the office,” he added. But Hice built a track record of steering toward anti-LGBTQ sensationalism. In the past, he railed against marriage equality and ranted about a secret plot by gays to recruit and sodomize children. This year, he attacked the Equality Act as “outrageous” and “horrifying.” He faces two candidates for Secretary of State in the GOP primary ­— Raffensperger and former Alpharetta Mayor David Belle Isle.

Triumphant RE  LGBTQ ATL sports make comeback plays By Mike Fleming LIKE THE ATHLETES THEMSELVES AND the rest of us, Atlanta’s LGBTQ leagues, fan groups and teams are ready for a post-COVID spring and summer. Some are tentative about returning to the fields of play, and others are diving in with precautions. We got the lowdown on seven of our favorites, whether its practice only, practice for now, masked and distanced or with sterilization stations, all of them have a little something going. Whether as an athlete or a fan, check out the options on the following pages.  14 theQatl.com

“The NFFLA is excited to open our doors to our community and start a new season as safely as possible. We welcome all skill levels, all genders, and all allies interested in building friendships through sport and fellowship. Masks on, cleats on, game on!” — Justin Spears, NFFLA theQatl.com 15

“We welcome all running abilities and levels. In that spirit, we are doing a couch to 5K beginning in May and ending with the Pride Run June 19 for anyone wanting to run their first 5K.” — Thomas Barker, Front Runners Atlanta

The Best LGBTQ Things to Do in Atlanta This Week THURSDAY, APRIL 8 Gender Queer

A virtual event with

author and illustrator Maia Kobabe about

FRIDAY &amp; SATURDAY, APRIL 9-10 Never Turning Back The future is coming, and you know what you can’t do? Go backward. A performance of inspirational songs by Atlanta Gay Men’s Chorus and their sisters Atlanta Women’s Chorus. Streaming live @ Afton Tickets, 8 p.m. both nights. voicesofnote.org

Rae Heart want you to stay out late on a school

you love it. Get you

They are crazy, and

some and give back to PWAs @ Heretic, 8 p.m. hereticatlanta.com

Sundays with Mother while

After the Ronayear off, DJ Max Bruce comes

the sun’s out. facebook.com/

Drop in on a full day and night of specials.

Andrew opens, then JayR and Eric bring it home with a different guest VJ every week. Anything goes @ Hideaway, 2 p.m. – 3 a.m. facebook.com/ atlantahideaway

atlantahideaway Drag Brunch The Sisters of Sequins perform with Bubba D. Licious at the wheel while you eat @ Lips, 12:30 p.m. lipsatl.com Find an expanded calendar of weekend events every Thursday at theQatl.com. theQatl.com 23

1. Blakes on the Park

My friend’s drug use moved past indulgence and into excess

I think my friend is abusing drugs. Before I even get started, I’m going to come right out and say that I dabble recreationally, so I’m not judging substance use per se. At first, I thought he was just being weird or going through something that made him act differently. Several months ago, he started going manic on occasion, accusing good friends of talking behind his back. Now he’s losing weight, his eyes are sunken, his skin is yellow, and his accusations are full-on paranoia about everyone being out to get him. He grinds his teeth obviously and constantly. I know all of these can be signs of prolonged meth use. Maybe it’s some unknown emotional drama or trauma, but I don’t know what it would be. I care about this friend. How do I confront him? Dear Worried: Your concern is probably more common than many of us like to talk about. Queers and meth are a well-documented duo. While we each choose whether to indulge in chemical escapism and risk the consequences as individuals, that doesn’t mean you can’t see the signs. In fact, you could be more qualified to tell if someone else is indulging. That said, be careful. What if the signs you’re seeing mean that your friend’s health is at risk from an undiagnosed disease? What if he really is going

through something that is stressing him out so he lets his self-care and appearance go? How to find out? Ask. Approach, rather than “confront,” your friend. You can’t intervene about drugs without any facts. If you do, you could cause damage with the assumption before you have a chance to help. Ask if there’s anything he wants to talk about. Show him the signs you mention. Tell him you are concerned. If he avoids the conversation, tell him you’re there for him. This opens the door for him to come to you, and for you to circle back and broach it again. It may take more than one conversation. If he’s not ready to confide in you, remember there’s a fine line between supportive and pushy, and it’s hard to navigate. Use your best instincts. Of course, the symptoms you name absolutely can be signs of and addiction and abuse, so be ready for that to be the issue. If your friend confides that this is his situation, or if you find direct evidence, encourage professional help. You can support him, but you’re not qualified to fix it. The Q is for entertainment, not counseling. Send burning Qs to mike@theQatl.com. ILLUSTRATION BY BRAD GIBSON 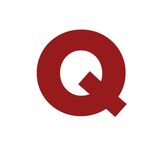