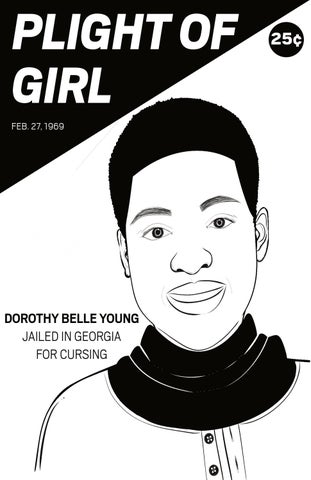 I wanted to make this zine for a f ew years. I could never f ind the right time or the right collaborator. Then I saw art created by Naimah Thomas and I knew that I had to ask her to work with me on bringing Dorothy&#39;s story to lif e for a new generation. I am so gratef ul for the art she created for this zine. Special thanks also go to my f riend Deana Lewis who helped to bring this project over the f inish line when I was too busy and exhausted to do so. I hope that you learn f rom this zine that for Black children, the school-to-prison pipeline predates the 1990s. I hope that you use this zine with high school students who might f ind themselves ref lected in Dorothy&#39;s story.

This zine was created and published by Project NIA (www.project-nia.org)

Black women and girls are overrepresented in the criminal punishment system. this has a long history that is rooted

in oppression and the intersections of race,

class, gender, Sexuality, and the law. Black women and girls have always been controlled by the law while being unprotected by it.

Historical lives provide us with important information/lessons/messages for contemporary ones. I tell the story of Dorothy young to not only add to the archive of the punishment and criminalization of black girls, but also to add to the long history of resistance by black girls and women against racism, sexism, white supremacy, and other oppressions in the criminal punishment system and the prison industrial complex (PIC).

activity: What is the school to prison pipeline (stpp) ? What are some examples of this f rom your school/school district?

WHEN IDA MAE YOUNG HEARD THAT HER DAUGHTER DOROTHY HAD BEEN ARRESTED AT SCHOOL, SHE WAS SCARED. SHE WAS NOT ALERTED BY HER DAUGHTER&#39;S SCHOOL, INSTEAD SHE HEARD OF THE ARREST FROM ONE OF HER other CHILDREN. SHE IMMEDIATELY SOUGHT INFORMATION ABOUT HER WHEREABOUTS. FOR 24 HOURS, IDA MAE, HAD NO IDEA WHERE DOROTHY WAS BEING HELD. HER DAUGHTER WAS INCOMMUNICADO. As a local activist, she mobilized her neighbors who protested the arrest. Ida Mae f inally learned that Dorothy was in custody in Albany, Georgia (20 miles f rom her hometown of Sylvester). She wasted no time traveling to see her.

activity: WHat are the issues that concern you today? Write your own words inside the protest posters below.

Four of Ida Mae&#39;s children desegregated their local public schools Under a new &quot;f reedom of choice&quot; plan. Her children&#39;s presence in previously all-white schools was a provocation and The white children and some staf f were hostile. The Young children were targeted and had to def end themselves.

In November 1968, Will Aultman, a 14 year old white boy f rom a prosperous &quot;landowning&quot; family antagonized Dorothy who proceeded to call him a &quot;bastard&quot; and to swear at him. Jet Magazine (2/27/1969) reported on the incident and the fallout:

&quot;For allegedly calling a white boy a &quot;bastard,&quot; telling him where to kiss her and using the words &quot;damn&quot; and &quot;goddamn&quot; on the school bus, Dorothy Young, 14-year-old of Sylvester, Ga., is conf ined indef initely to reformatory known as the Regional Youth Development Center in Sandersville, Ga. She is the f irst child sent there f rom her county in three years. Dorothy&#39;s sister, Yvonne, 11 [years old] was accused of using similar profane language to a white boy a year older than she and is serving a year&#39;s probation.&quot;

activity: guess how many youth are locked away f rom home in the united states at any given time:

Judge Bowie Gray signed an order to have Dorothy arrested at school on December 4, 1968. The order read: &quot;Dorothy Belle Young is in a state of delinquency, in that said juvenile did use vile, obscene and profane language to one Will Aultman another juvenile about 14 years of age, and in the presence of numerous other juvenile children, knowingly, and willf ully without just cause.&quot;

Sylvester was a small town of 5,000 people evenly divided between whites and blacks. For daring to desegregate local public schools, Dorothy and her siblings were subjected to constant harassment f rom their new classmates and hostility f rom teachers and administrators.

In the short time that she attended J.W. Helley High School, Dorothy was given six disciplinary inf ractions. the inf ractions were listed on the back of her report card and followed her year to year. She was mostly reprimanded for f ights and using profanity.

One time she was cited for “ref using to pick up pecan hulls she dropped on the f loor of the bus.”

These types of inf ractions were not uncommon for black youth to receive. Because black youth were of ten seen as problem students/children or children who needed more discipline, school administrators would of ten punish black children for minimal issues such as cursing. Black girls could also receive much harsher punishment than their peers for minimal issues because girls are supposed to act “ladylike” as def ined by society. For instance, girls shouldnʼt f ight or curse and should def initely pick af ter themselves, especially Black girls. This targeting pushes youth out school and into prisons and jails.

The racist and sexist targeting of Black girls makes them particularly vulnerable to dropping out of school and becoming involved in the criminal punishment system. These are examples of how the school to prison pipeline works.

Ida Mae explained that her daughter was repeatedly antagonized by Aultman: &quot;Last November Dorothy and Will Aultman, a 14 year old white boy, were on a school bus and he threw a spitball at her. Dorothy jumped him and whipped him. Nothing was done to the Aultman boy.&quot;

Dorothy&#39;s younger sister was also tormented by a 12 year old white boy by the name of Joseph Owens at another school. She was suspended f rom school and Owens escaped disciplining.

activity: What are some other ways that black children are criminalized in schools? How are black girls punished dif f erently than their peers?

shared the tribulations of her 16

year old son who had to drop out of school in the 11th grade because white students &quot;heckled him so bad he doesn&#39;t want anything to do with it.&quot; Jet magazine reported: &quot;Leroy Jr. was in jail for shooting back at white bigots who f ired on their home twice and for protesting his sister&#39;s conf inement with a group of SCLC workers. he is awaiting court action for the shooting incident.&quot;

Mr. Leroy Young Sr., the father of all the children, was f ired f rom his job at the f ertilizer plant where he worked for four years af ter the troubles with his family. The Young family&#39;s home was also targeted by whites who shot at it twice and threw a Molotov cocktail in their yard.

Black people in the community believed the two girls had been targeted because they had chosen to attend all-white schools. Dorothy&#39;s lawyer, C.B. King, was quoted in the Wall Street Journal saying that there was &quot;a conspiracy calculated to have a chilling ef f ect on blacks deciding what school to go to.&quot;

In response to the Young family&#39;s troubles, the community exploded in protest. According to the Wall Street Journal, &quot;three business structures owned by whites&quot; were burned to the ground. Local activists and community members boycotted all the schools in Sylvester. SCLC launched protests at Dorothy&#39;s school, J.W. Helley High School, and at the Worth County Courthouse and Jail. Ten (SCLC) Atlanta Staf f ers and 125 other people were arrested and charged with marching without a permit.

Community activists listed 11 demands, including These:

1. All charges are dropped against Dorothy, Yvonne, and Leroy JR. 2. Charges dropped against arrested demonstrators. 3. Black representation on all local governing bodies.

map out a program for Worth Cou nty, we ar e go i ng to step u p th e protests, call a sch ool boycott an d an econom ic boycott.&quot;

Coretta Scott King intervened in h er case by writing a letter to Congressman John Cony ers: &quot;Although you are aware of th e intimidation taking place in Sylvester, Ga., in which children of a dedicated family are victims and are brutalized

physically and psychologically. I hope you can make th e situation known to broader circles in th e country.&quot;

Both Dorothy and Yvonne were h eld for 6 days without bail and ultimately released to th eir parentsĘź custody.

as charged. Dorothy was

Ju dge Eden f ield ordered Dorothy be f reed, pending th e outcome of h er appeal to th e Georgia Court of Appeals, saying: &quot;H ere th e minor child involved was adj u dged a delinquent based on a charge of having used vile, obscene and profane language...an adult charged with similar misconduct, even a hardened criminal, or th e town drunk, could, at most be guilty of only a misdemeanor and would be entitled to bond pending appeal. Th e court conclu des that, to say th e least, th ere is suf f icient merit to require that bail pending appeal be allowed.&quot;

In December 1968, 14-year old Dorothy Belle Young and her 11-year-old sister Yvonne were arrested for “using profane language at school to white boys.” While Yvonne received probation, Dorothy was detained at the Regional Youth Development Center (a juvenile jail) in Sanderville, GA. Black residents of Sylvester, GA, a town of 5,000 where the girls and their family lived, mobilized in support of Dorothy. They claimed that the sisters and their other siblings were being punished for integrating an all-white school. National Civil Rights figures also came to Dorothy’s defense including Coretta Scott King and Dr. Ralph Abernathy who traveled to Sylvester to lead protests. This zine was written by Mariame Kaba and designed by Naimah Thomas. 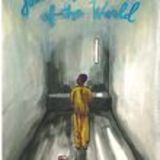