Prague - The City in the Heart of Europe 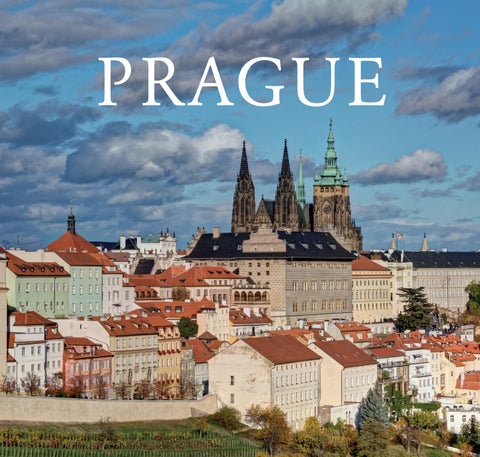 PRAGUE The City in the Heart of Europe

H ISTORY OF P RAGUE Prague became famous as a impressive city, full of mysticism and fantasy, hiding many secrets. In its narrow, winding lanes and dark corners, ancient legends of phantoms and daemons come to life. In its monumental history Prague has experienced time of great power and glory. Over the centuries the city has had to withstand war and conquerors, and was the centre of a great European power with extensive territory. Prague flourished thanks to its location, on the crossroads of old trading routes leading from southern and eastern regions into western Europe.

Prague was not originally a single city, however. Prague Castle and the Lesser Town stood on the left bank of the River Vltava, with the Old Town and the Gallus Town, Jewish Town and VyĹĄehrad on the right bank. The towns of Prague were finally unified in 1784 by Emperor Joseph II (1741-1790). Under the reign of Emperor and King Charles IV (1316-1378), who resolved to make Prague the centre of the Christian world, Prague became a cosmopolitan Gothic city. The first university north of the Alps was founded in Prague in 1348, Saint Vitus Cathedral was built, and in 1348 the New Town was founded. In 1355 Charles IV became Emperor, head of the secular power of western Christendom. At the time, the Bohemian crown ruled over Bohemia, Moravia, Silesia, Lusatia, Brandenburg and Luxembourg.

Emperor Rudolph II (1552-1612) was an important patron of the arts and sciences and founded the tradition of Bohemian glassmaking. Renaissance Prague was home to outstanding scholars, painters, musicians, architects, philosophers and astronomers. In the 19th century, prosperous Prague gained half a million new inhabitants and was transformed from a provincial town into a modern industrial city. New building works were undertaken and the fortifications were demolished. In 1918 Prague was declared the capital of Czechoslovakia and since 1993 has been the capital of the Czech Republic. Today, Prague is an exceptional city which, despite its dramatic history, has retained its superb monuments and has become an important and modern European capital.

Saint Vitus Cathedral The Cathedral of Saints Vitus, Wenceslas and Adalbert is the most important one in the country.

Saint Vitus Cathedral from Royal Garden Prague Castle was founded in the 9th century and was originally named Praha.

Saint Georgeâ&amp;#x20AC;&amp;#x2122;s Basilica One of the oldest Bohemian churches and the best-preserved Romanesque building in Prague was founded in 920.

Golden Lane The poorest houses in Prague Castle were home to goldsmiths, castle guards and paupers.

Daliborka Tower The medieval defensive tower with dungeon was two floors higher until a fire in 1781.

Archbishop’s Palace The impressive Baroque palace on Hradčany Square is the seat of the Archbishops of Prague.

Czernin Palace The splendid Baroque palace has been the seat of the Ministry of Foreign Affairs since 1934.

Loreta A tower with a carillon constructed in 1694 dominates the area of the Prague Loreta.

Chapel of Our Lady of Loreto The Loreta Chapel is a copy of the Holy House of Our Lady (Santa Casa) in Loreto.

Prague - The City in the Heart of Europe

Prague - The City in the Heart of Europe is a photography book that will show you the most interesting monuments and parts of the Czech Republic capital. The evocative photographs will transport you not only to important and breathtaking locations but also to mysterious nooks and corners of Prague, one of the most beautiful cities in Europe. Eshop: https://www.pragueworld.eu/prague-the-city-in-the-heart-of-europe/ 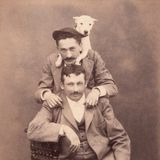