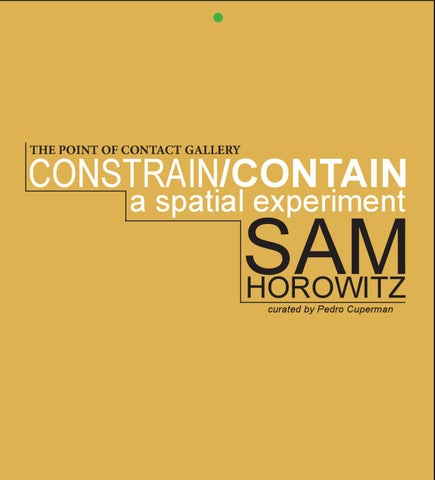 In today’s virtual era, when we can communicate at light speed, inhabit cyber realities and continually discard the “old” in search for “upgrades,” one might expect that technology innovation makes us less burdened, less constrained by time and space. By the same token, so many of us are living rushed unthinking lives, desensitized and isolated from anything real. We work, live and play inside frames, according to Horowitz, and those frames are mobile or immobile, physical, mental or metaphorical. In this exhibition, the intrusion of familiar objects with uncharacteristic contents invites the viewer to reconsider the forms, functions and limitations of recognizable, repurposed relics, and pokes fun at our decreasing Àexibility, our increasing demands and the collective loss of craft, localized innovation and repair. “The trunks, once utilitarian objects used to carry clothing and other personal items, are now ¿lled for the sake of ¿lling. The cardboard, created initially to contain other entities, functions as contents. Though each framing device no longer holds the contents they were created to contain, they contain nonetheless; it is the humor and irony of this relationship that I strive to illustrate thorough my work,” Horowitz says. To create this installation, Horowitz began by collecting trunks, cases and boxes. Though most bore a patina of age, use and neglect, he cleaned, ¿xed and saved each piece. Horowitz is able to manipulate cardboard to create the designs and patterns he ¿nds within the lines and corrugation so readily offered. “I have drawn each piece through the gauntlet intentionally, irrationally or purely by necessity,” says Horowitz. “Thinking over my work, and planning new directions strays into theory, but in practice, I work, live and act in this moment.”

SAM HOROWITZ Pedro Cuperman A new installation is up at the Point of Contact Gallery, just hours away from opening night, when DUWLVW6DP+RURZLW]DQGFXUDWRU3HGUR&XSHUPDQVLWGRZQIRUDUHÀHFWLYHGLDORJXHDERXWWKH H[SHULHQFH,WLV6DP+RURZLW]¶V¿UVWVRORVKRZ Sam Horowitz: I feel really good. I came here with a week to work; actually a little less than a week and I allowed myself a speci¿c amount of time for the pieces and for setting up and ¿xing things and it’s gone really smoothly. Working in this space is different than anything I’ve done before because of the time constraint as well as the space itself. It’s so different than anything I’ve worked with, but I think it all came together and it’s a new direction, which is interesting. A number of the pieces are kind of revisions of work I’ve done before. They’ve been tailored to the space and they’ve all changed from my conception, from the conception of the drawings when I ¿rst began because of the space and because of the speci¿c boxes we found or the materials we scavenged. Pedro Cuperman: So you would say that you are doing with your work what you are doing with the cardboard. You are recovering it. You are revisiting… SH: It’s sort of a retroactive experience. PC: What you are doing is you are reclaiming, like you do with the objects you are presenting. So that’s a way of inscribing your work inside your show. You see that? SH: Yes. PC: That’s a very interesting experience. You intervene your own work. You could say that at least in this show, you are treating your work from a different angle, making it new.

SH: 'e¿nitely. PC: Would you say that this is an aesthetic vision of your work? Which is, I think, what contemporary artists do…. I didn’t want to use the word “recycling,” but given the materials, that’s what it ends up being, and by doing that, you ¿nd new metaphors. SH: It’s an open material because if you break it, you can ¿x it, and it changes. It’s open to interpretation. It becomes something else… more. PC: What happens is that at the same time, there is a reworking of the material. So you have a sort of alphabet, yes? Each artist has his own alphabet, which is part of his tradition, of his education or her education, and it becomes your discourse. SH: Like a vocabulary? PC: Yes. So what happens is that the idea of freedom in art is synonymous to transgression, a sort of dialogue with tradition. Luis Buñuel used to say: “What doesn’t come from tradition is plagiarism.” This is an irony, yes? So it comes from your tradition but you can transgress that. SH: I can see also that between the language of the space itself and the language of the material, there are always opposing discourses. Because here we have low ceilings, we have a carpet, which I’ve never worked with before. One of the ¿rst days, I was looking at the carpet and I was trying to raise all my pieces above the carpet. Like have air underneath all the pieces just so they wouldn’t touch the carpet because I couldn’t…. something about the carpet. It was too soft, it was too… there was such texture there. Since I use such a limited palette and limited materials, the carpet really played a bigger role than I thought it would because it’s this residential, of¿ce-feel. And the shadows, I tried working along with the shadows and the spaces around the pieces as well as the pieces because in this show, the whole show is a piece as well as each individual piece is in itself a show. And so it’s not that there are less decisions to make about placement, whereas there were about additions to the show. PC: Let’s play games. Lets play with words… Why call it a show? Is that really a show? Is a performance a show?

SH: A performance can be a show, yes. PC: What would be the difference between a show and an exhibit? The exhibit has something sort of pornographic, would you agree? SH: (Laughing), also an exhibit feels more disconnected. It feels like you go there. Maybe, the big trunk we were talking about last night in the corner. That’s an exhibit. Because you look at it and you look through it and into it and that’s… PC: So this is the third word: show, exhibit, display. The idea is to accept this is the difference between the alphabet and the vocabulary. The vocabulary becomes an active display… a display of something, which is pleasing or displeasing. SH: (Laughing), I hope it’s more than both of those things. PC: It’s a “pleasing” of some sort, the cardboard, the world of discarded materials, that are normally displeasing, normally disdained, yes? So, the operation of your work is exactly at that borderline: what is normally disdained is recovered. Would you agree with this? SH: Yes, de¿nitely.

was born in Burlington, Vermont.

He studied studio arts at Bard College, working closely with artist and professor Judy Pfaff. He was nominated for the Norfolk Art Summer Program at Yale in the summer of 09, but instead worked for the MFA program at Bard. After graduating in 2010, Horowitz worked in the studios of Liliana Porter, Ana Tiscornia and Julianne Swartz. He currently lives, makes art and practices carpentry, farming and practicality in his home on Rokeby Farm, in Barrytown, NY. 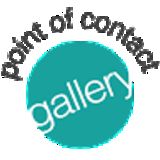 An installation project by environmental artist Sam Horowitz. As an installation artist, Horowitz surrounds his audience by manipulating the...

An installation project by environmental artist Sam Horowitz. As an installation artist, Horowitz surrounds his audience by manipulating the...