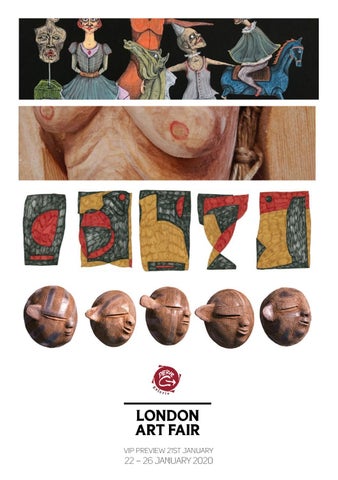 Located in the historic center of Lisbon, Perve Galeria presents exhibitions of modern and contemporary art, since November 2000. The gallery develops and promotes nationally and internationally artistic, cultural and technological projects. One of its primary objectives has been the dissemination of authors coming from the Portuguese speaking countries, not only in the fields of visual arts but also with multimedia art and interactivity. Perve Galeria’s history includes exhibitions at Arte Lisboa, Porto Arte, Art Madrid, Hot Art Basel, Puro Arte Vigo, India Art Fair, Art Dubai, Scope Basel, London Art Fair, Frieze Masters London, 1:54 London/New York, Contemporary Istanbul, Just Mad and Just Lx and the organization of multiple national and international artistic initiatives, with emphasis on curatorial projects such as: International Triennial of Contemporary Art in Prague (Czech Republic, 2008); International traveling exhibition “Mobility Re-reading the Future” (Poland, Finland, Bulgaria, Czech Republic and Portugal, 2008-09); “Lusofonias” (Lisbon, Dakar, New Delhi, Istanbul and Ankara, beetwen 2009 untill 2019); the 3 Global Art Meetings gathering the participation of more than 150 artists from 3 continents (Portugal, 2008-19); “Os Surrealistas 1949-2009” (Portugal, 2009) and “555-Ciclo Gutenberg” (Portugal, 2010). In 2013, the gallery launched a new museological space in Lisbon: Freedom House - Mário Cesariny that is a versatile artistic project, built in honor of the poet and surrealist painter Mário Cesariny de Vasconcelos, that hosts the artistic and documentary estate, bequeathed by the artist, along with some collections that began to be gathered from the beginning of the 90’s. Among the collections are the most emblematic ones dedicated to Surrealism, African Primitive Art, Erotic Art and Lusophony. The professionalism of Perve Galeria is evident in its already 19 years of presence in the art market.

IVAN VILLALOBOS | Chile, 1975 Born in 1975, in Chile, Ivan Veliz Villalobos studied advertising and graphics drawing before embracing art. For more than 10 years, art and framing has been his main professional activity. He is the founder of Taller República, a multipurpose space located in Providencia (Chile) devoted to the world of framing, exhibitions, and sale of art, and represents the second branch of art in which he has been showing his creativity.Taller República features paintings made by the author himself, by neighbors, emerging young people and recognized artists such as Nemesio Antúnez, Mario Toral and Alejandro Balbontín. Regarding his own artistic creation, the unconscious is a driving force of his painting, full of a rich imagery where everything is in constant and continuous transformation.

The work evidently navigates through the surrealist territory, the psychic automatism, in order to elaborate stagings in nearly theatrical scenes, where there is nothing previously established, they are worlds that are emerging like a delirious dictation. Their characters exist, and suggesting dialog, seemingly, in an unconnected language, but connected in a poetic way. Ivan Villalobos 2019

JAVIER FELIX | Colombia, 1976 The human body is the nucleus of his work, sometimes insinuated with a fragmentation or metamorphosis, and which at the same time is a sensitive field of experimentation of plastic art. The human figure is the basis for establishing dialogues between the hidden elements and in some cases with polar realities. In these intersections, both aesthetic and conceptual, and often transcultural, mixtures and syncretisms are produced. Their artistic interest lies above all in the path between the graphic, the pictorial and the sculptural: the intersection of the three allows the construction of a single body of work. Digital graphic work and photography often play a catalytic role in the game of absence and presence of an object, although most of their works are formed as a junction of one or more techniques. In his work, the existential and the comic are conjugated in a hybrid language representing an experimental and playful field.

In my work, the human body is a metaphor for artistic creativity; combining, in the same block, nature and language: stories of ancestral mythology and modern science, integrated into a space of struggle and tie: experiments that draw a personal and arbitrary calendar. Corporeity, at the same time, provides identity and relates us to “the Other” (singular and universal) in the continuous metamorphosis of vital forces: markers of a time experience affected by strangeness, which inexorably leads to finitude. “Vanitas vanitatum, omnia vanitas”. The body is always present (even when it is absent): sometimes hinted at or indicated by everyday objects; re-appears as a fragment or metamorphosed: sensitive field and plastic experimentation. The figuration serves as a pivot to establish conversations with dissimilar elements and in some cases, polar realities; in these intersections there are mixtures and syncretisms both aesthetic and conceptual. The body, as the conceptual root of my work, is therefore an idea: immediate drawing, line, transit, fragment in play with the whole: building blocks, collecting sensory experiences, memories, characters and identities. The body is sensitive matter, which finds - in my artistic experimentation - a unique mythicalerotic transubstantiation. On a technical level, my work is heterodox and diverse. Based mainly on curiosity and experimentation, I have thrown myself into all kinds of plastic processes, integrating transversely drawing, painting, sculpture, installation, photography and digital art, often mixing these techniques with each other and also looking for unconventional materials as support. Over two decades I have drunk with some eclecticism of modern heritage and Gothic illuminism, pre-Columbian aesthetics and contemporary philosophical currents, seeking first and foremost (from these influences mentioned above) to create my own artistic language. Javier Félix 2019

LIUDVIKA KOORT | Lithuania, 1994 Born in 1994, in the big city of Kaunas, Lithuania, Liudvika Koort is an ascending young artist whose work is characterized by substantial abstractions based on her wanderlust. Within her travels, there was a necessity of registering by hand what she could contemplate. Her series of works span across urban landscapes of Portugal, the UK, Morocco, and, naturally, her home country, Lithuania. In 2014 she graduated from Kaunas Art Gymnasium and started attending to Vilnius Art Academy until 2017, when she got her Bachelor degree, specialized in scenography. She also studied at the Estonian Art Academy, in 2016, within the Nord plus students exchange programme. Currently she is concluding her Master in Contemporary Sculpture at the Vilnius Art Academy, Lithuania. Since 2014 she has participated in several group exhibitions, both in Lithuania, Chez Republic and Portugal, since 2015 she has worked as scenographer in several plays and artistically directed short-movies. Her contact with Portugal began in 2018, during her participation in Raizvanguarda Artist residency in the town of Gois.

Iâ&#x20AC;&#x2122;m in search of a synthesis of composition, colour and form which is able to voice the synthesis between body, emotion, and mind. My process is a constant search for a visual which can embody the interacting of these three elements of human nature. In the way, drawings here become symbols dedicated to this particular chaos within a human body. This visual poetry speaks about the pleasures and pains of being sensual. As if it is asking: why is it so arranged we have bodies full of desires? These images donâ&#x20AC;&#x2122;t provide us with answers but become visualization for the question raised. Through drawing, I explore ephemeral topics such as sensitivity, sensuality, intuition, emotions, poetry and how it all sinks into artwork. Drawing is where I examine the process of how intangibility, ephemeral and conditionality appears in concrete form and transmits to us newly reduced emotions. My creative process is a constant trying to relate. To relate with others and myself, with my surroundings. Itâ&#x20AC;&#x2122;s a conversation. And in this way of saying the storyline of an artwork, its meaning crystallizes into an abstraction of a plot. It becomes a static semblance of a visual symbol, a nonverbal, sensual experience, internal conversion to an ostensible plot. I care for the irrational part of the creative process. Many things arise from accident or intuition and the part I give to myself here is to recognize those things as the ones I need to tell my story, to finish the composition. The act of drawing is always done instinctively, without any preconceived notion, and develops through constant interaction between spontaneous creation and deliberate directing of line and form until it is transformed into final images. Such a creative process allows me to associatively name the problems of existential being, not through the figurative, but through the level of abstract, minimalistic imagery. Like that, I find that there is a constant meaning-symbol or association within any form. The spaces within artworks are defined by unstable surfaces. Forms and figures, carnal lines are on the edge of becoming landscapes. Feelings and desires emerge between these vital scenes. Liudvika Sonia Koort December, 2019

“I thought about it and I don’t feel like explaining the series of drawings separately, because they were all created under the same idea. What differentiates is where I made them or in which mood, but still it’s not something I feel like getting in to, because these drawings have to bring their own message to the viewer. I want the spectator to see their own associations or interpretations. So after I finish the drawings, my experience is not so important anymore, really. What is important, what they become in the eyes of others.” Liudvika Sonia Koort December, 2019

REINATA SADIMBA | Moçambique, 1945 Born in 1945 in the village of Nemu, Mozambique, Reinata Sadimba is considered one of the most important women artists of the entire African continent. Daughter of farmers she first received the traditional Makonde education that included making utilitarian objects in clay. She made use of these early influences to create a prolific ceramic art, characterized by “weird and fantastic forms”, reflecting the Makonde matrilineal universe. Challenging the traditions, she embraced sculpture, considered a “man’s job”, affirming herself in the national and international art scene and winning several prizes. Her work has been exhibited in Belgium, Switzerland, Portugal or Denmark and is represented in several institutions and in numerous private collections around the world.

CT-89 | 2020 January Edition ©® Perve Global – Lda. Reproduction of this catalogue in whole or in part without the express permission of the publisher is prohibited. 16 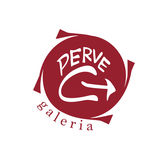 Perve Galleria is honored to announce its presence at the London Art Fair 2020, from January 22nd to 26th at the Business Design Centre, wit...

Perve Galleria is honored to announce its presence at the London Art Fair 2020, from January 22nd to 26th at the Business Design Centre, wit...