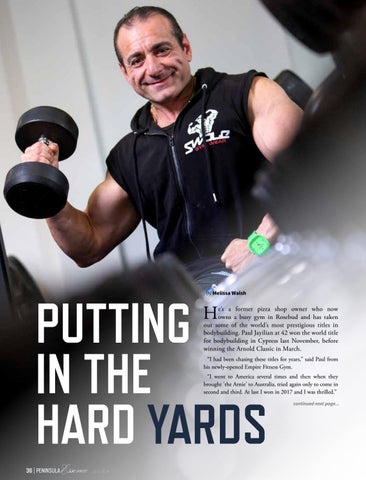 PUTTING IN THE HARD YARDS H

e’s a former pizza shop owner who now owns a busy gym in Rosebud and has taken out some of the world’s most prestigious titles in bodybuilding. Paul Jayilian at 42 won the world title for bodybuilding in Cypress last November, before winning the Arnold Classic in March.

“I had been chasing these titles for years,” said Paul from his newly-opened Empire Fitness Gym. “I went to America several times and then when they brought 'the Arnie' to Australia, tried again only to come in second and third. At last I won in 2017 and I was thrilled.”